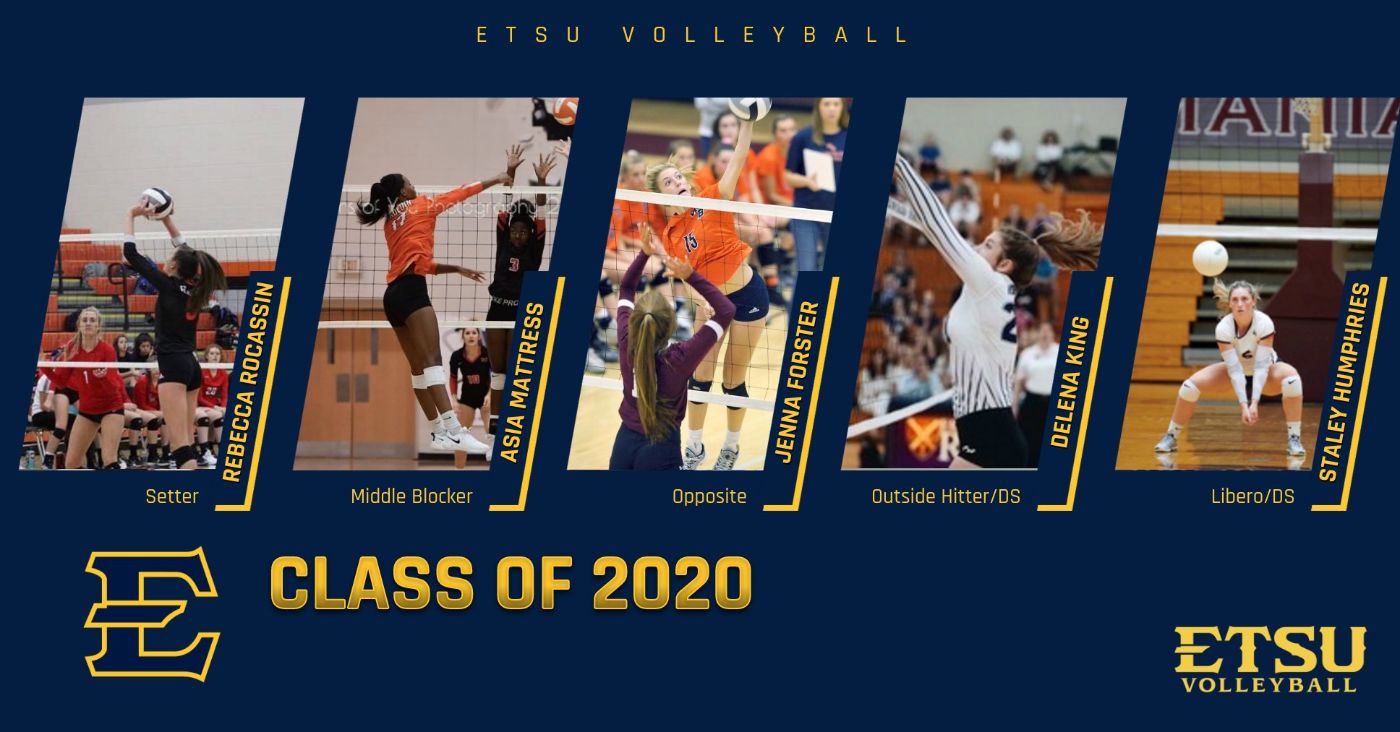 Jenkins on Mattress: “I have enjoyed watching Asia play for a couple years. She has improved her defensive and offensive game over time. Asia is super athletic and I love her versatility. Even though she comes to us a middle, Asia could transition to either pin. Her ability to fly will help her score at a higher level.”

Jenkins on King: “Delana is a bright-eyed skilled athlete. She has the determination to learn to go with the program. Delana loves being in the gym bettering her skills. She will also bring good ball control and the ability to attack. Delana is a legacy of ETSU and loves being Buccaneer.”

Jenkins on Forster: “Jenna Forster is a very dynamic athlete who is quick off the ground and has a great left arm. Having Jenna in the gym simply makes our team better. She has a winning mentality and wants to make her teammates better. We are excited to have Jenna be a part of our family.”

Jenkins on Rocassin: “Rebecca is a diamond in the rough. Rebecca, who comes to us as a setter, also has the ability to swing on the right-side. She has good upsize to her game. Rebecca will provide a big block and aggressive serves which is what we would need in our gym for the upcoming season.”

Jenkins on Humphries: “Staley is a local product who is a leader on her high school and club team. Staley will bring good ball control to the gym. Staley is another player that will help solidify our pass and defense game.”