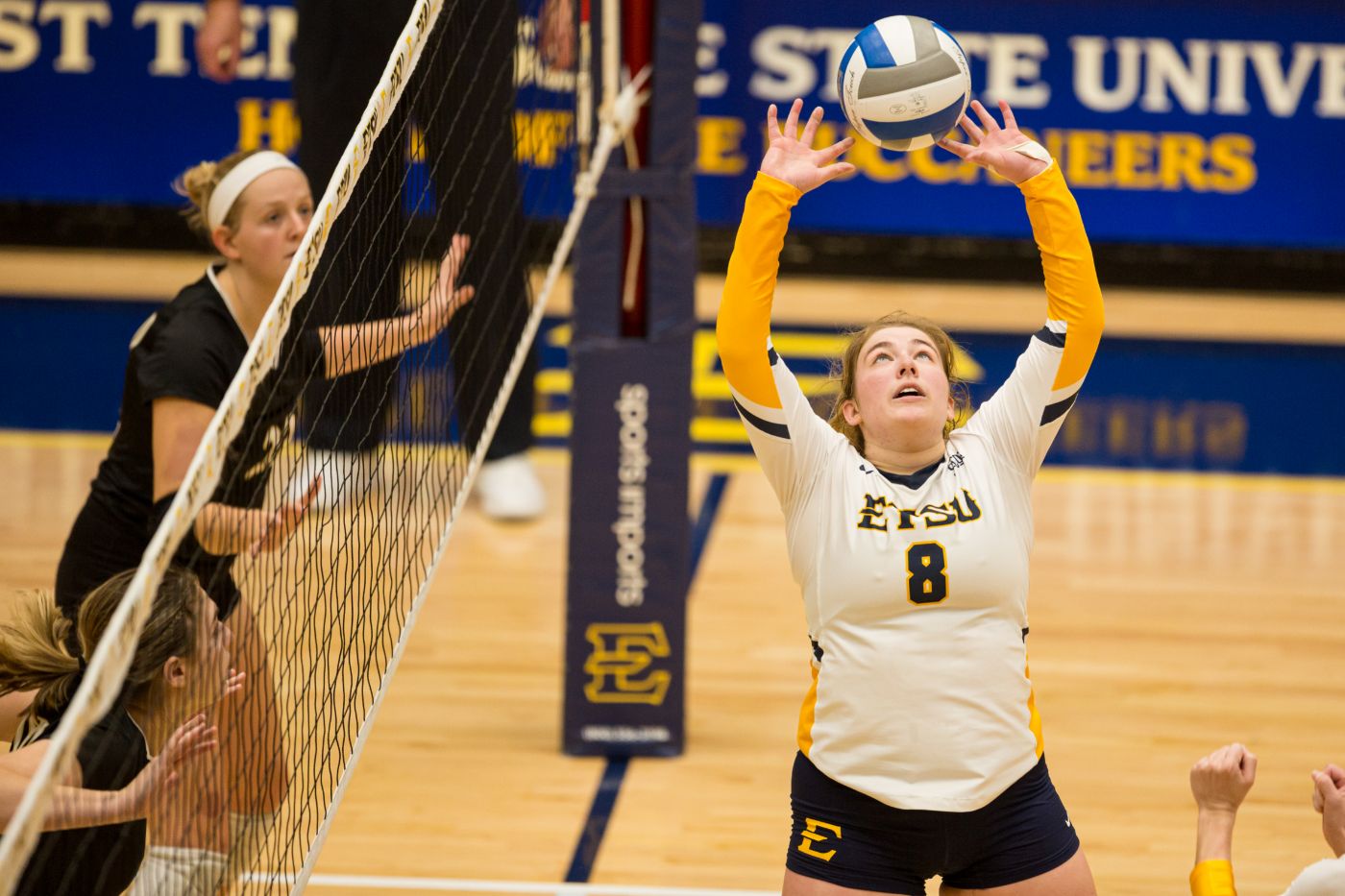 SPARTANBURG, S.C. (Nov. 18, 2019) – For the fourth time this season, ETSU volleyball’s freshman setter Emily Arnold (Louisville, Ky.) was named the Southern Conference Setter of the Week, the conference office announced Monday afternoon. This is the fourth honor for the freshman this season, the most among setters.

Last week, Arnold led both matches in assists with 46 in the win over Western Carolina on Wednesday and 45 Saturday night against Samford. She now has over 1,000 assists for the season.

ETSU concludes the regular season with nine players of the week awards which is second best in the SoCon. The Bucs have had five different athletes be recognized as player of the week this season which leads the conference.