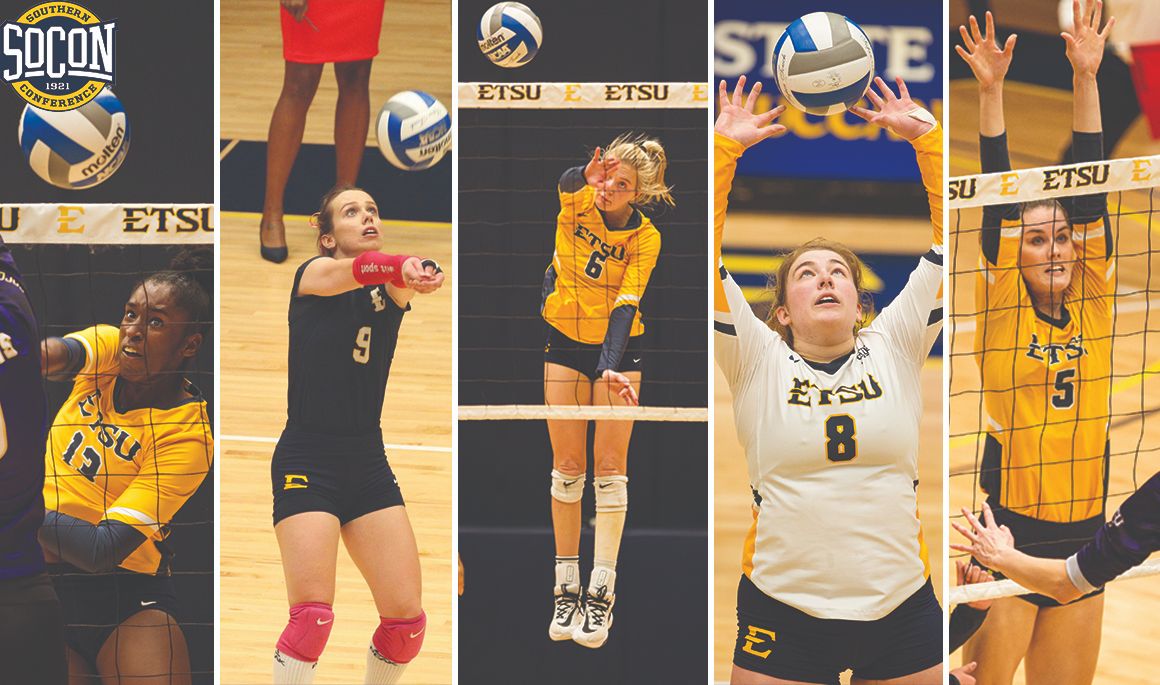 Cunningham led all freshman in kills per set with 3.57 and total aces with 37. The Knoxville native finished third in the conference in kills per set and is tied for the league-lead with .45 aces per set. Cunningham is the sixth Buc to be awarded the Rayna Taylor Freshman of the Year award and first since Popovic did it in 2017.

Cunningham capped off the regular season with 293 kills on 799 swings for a .217 hitting percentage. Her 3.57 kills per set puts her ninth in Division I among the freshman class.

Massey shined in her senior season hitting .339 and was the only player in the conference with 101 or more blocks. The middle blocker from Brentwood, Tenn. moved into third place all time with 332 block assists in her career and fourth in program history with 383 total blocks. This is the second All-Conference honor for Massey after being named to the All-Freshman team in 2016.

Popovic earned her third consecutive All-SoCon first team selection racking up 4.37 digs per set, good for second in the conference. This season, the junior eclipsed the 1,500-dig mark, an accomplishment only reached by three former Bucs. Her career total of 1,539 is the sixth most among active juniors in Division I. Popovic is the sixth Buc to repeat as a first-team selection.

Arnold excelled as the freshman setter on the squad with 10.13 assists per set and 1,104 assists this season. The Louisville, Ky. native earned a SoCon Setter of the Week honor four times in the fall, a league best. Arnold ranks third in the nation in total assists this season among freshman.

Hatch was tied for a team-best with 301 kills this season. The freshman outside hitter led all first-year players in the SoCon with 3.50 kills per set in the 16 league matches.

Since the All-Freshman team began in 2008, this is the first time ETSU has had three players slated on that squad. The Bucs are the third team in the 11 years to achieve that mark (Furman, Wofford).