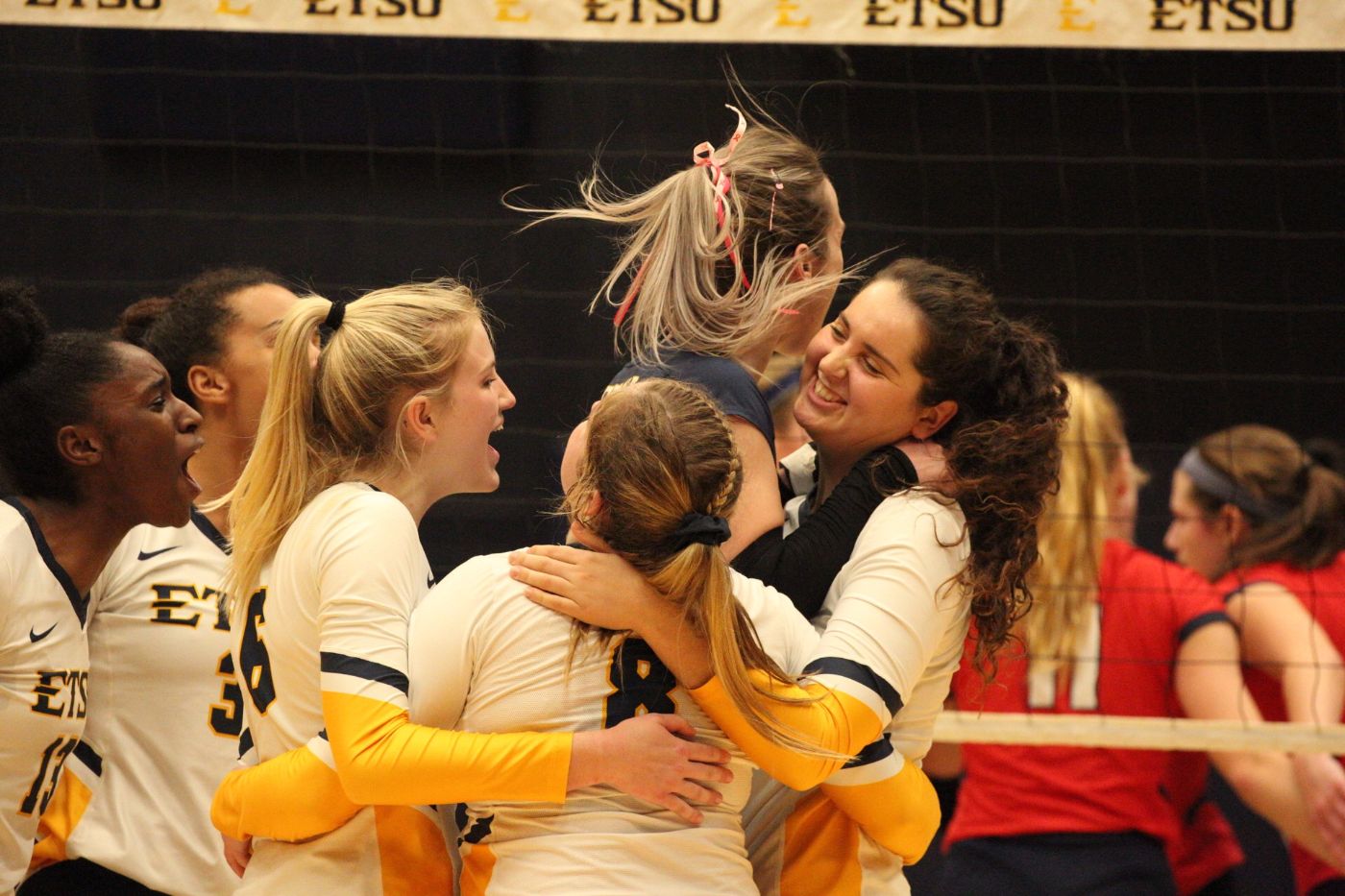 SPARTANBURG, S.C. (Nov. 21, 2019) – ETSU’s volleyball team is set to compete in the Southern Conference Tournament with an NCAA Tournament bid on the line. ETSU is slated as the two seed and will begin play by facing the seventh-seeded UNCG Spartans in the quarterfinals on Friday, Nov. 22 at 4:30 p.m.

All games will be streamed on the SoCon Digitial Network in the quarter and semifinals. The championship match will be on ESPN+. Live stats for every match of the tournament can be found here.

SERIES HISTORY:
ETSU vs. UNCG: This will be the 36th matchup all-time. ETSU leads 24-11 and swept the Spartans in both matchups this year.

Individually, Kaela Massey (Brentwood, Tenn.) is second in the conference with a .339 hitting percentage and Marija Popovic (Belgrade, Serbia) is also second with 4.37 digs per set. Olivia Cunningham’s (Knoxville, Tenn.) 3.57 kills/set puts her third in the league and is atop the freshman class. She is also tied for the league-lead with .45 aces per set. Lauren Hatch has stepped up big in SoCon play and averaged 3.50 kills per set in ETSU’s 16 SoCon matches which is good for fourth in the conference, also best among freshman.

A LOOK AT UNCG: UNCG began the season 6-8 as they entered conference play, but finished SoCon action at 5-11 to bring their overall record to 11-19. The Spartans are second-to-last in the conference with a .167 attack clip and are in the middle of the pack of every other major category. UNCG is led by Maria Esch who is fifth in the SoCon with 3.48 kills per set. UNCG was swept by the Bucs in both matches earlier this season and have been swept a total of 11 times. They are 2-0 in five-setters, both coming in non-conference action.

BUCS SHOW UP ON SOCON ALL-CONFERENCE TEAMS: For the second consecutive season, a SoCon-leading five Bucs were tabbed with All-SoCon honors at the end of the regular season. Massey and Popovic were named to All-SoCon First-Team while Emily Arnold (Louisville, Ky.) and Cunningham earned second team accolades. Hatch joined Arnold and Cunningham on the All-Freshman squad.

CUNNINGHAM EARNS FRESHMAN OF THE YEAR: Cunningham led all freshman in kills per set with 3.57 and total aces with 37. The Knoxville native finished third in the conference in kills per set and is tied for the league-lead with .45 aces per set. Cunningham is the sixth Buc to be awarded the Rayna Taylor Freshman of the Year award and first since Popovic did it in 2017. Cunningham capped off the regular season with 293 kills on 799 swings for a .217 hitting percentage. Her 3.57 kills per set puts her ninth in Division I among the freshman class.