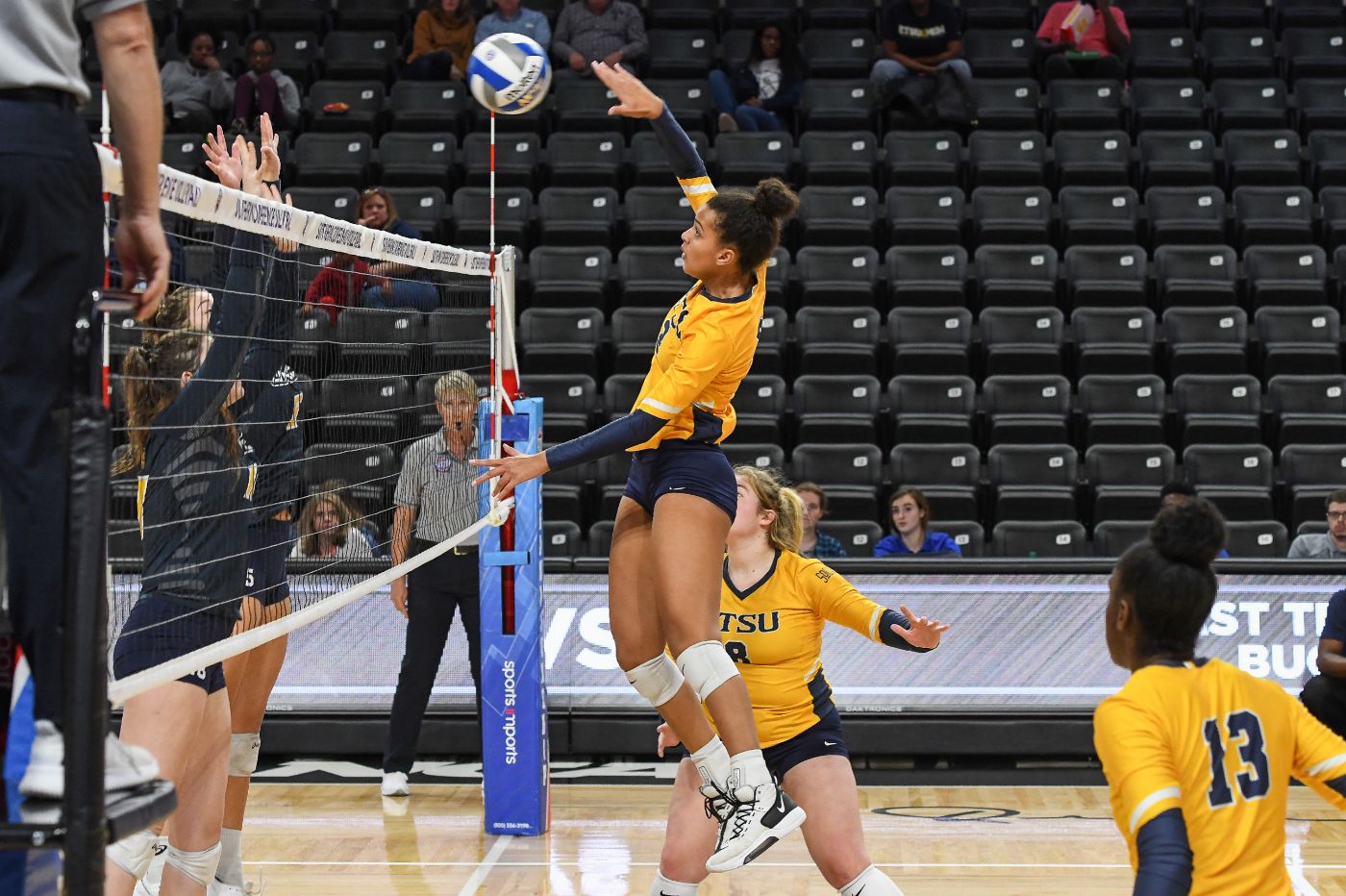 Coffman inks her name into the record books

SPARTANBURG, S.C. (Nov. 22, 2019) — The second-seeded ETSU Volleyball team begin play in the Southern Conference Tournament on Friday afternoon and defeated the No. 7 UNCG Spartans 3-1 (25-13, 25-18, 31-29, 25-16) behind a huge offensive performance from the team. Lundyn Coffman (Nolensville, Tenn.) dominated the floor with a .765 attack clip, the best by a Buc in three years and third-best in program history.

Set 1 (25-13 ETSU): The Bucs started out strong from the beginning taking an 13-9 lead to force the Spartans to call their first timeout. The Bucs held a 19-10 advantage with 11 kills before their first attacking error of the day hitting .534 through that point of the match. The Blue and Gold ended the first set on a 6-2 run to take the frame 25-13. Through the first frame, the Bucs hit .429 and limited the Spartans to a -.029 clip.

Set 2 (25-18 ETSU): The second set stayed closer than the first, but the Spartans were unable to keep up with the Bucs late in the set. The Blue and Gold held the lead throughout the entire frame, but were unable to reach an advantage above five until up 24-18. In the second frame, ETSU logged 17 kills and four aces to combine for 21 of the 25 points for the Bucs.

Set 3 (31-29 UNCG): For the first time in the match, UNCG held a lead of more than two points early, 6-3. ETSU would not let that last long as the Blue and Gold rallied for four-straight points to take a 7-6 lead. ETSU controlled the set until they held match point, but with their backs against the wall UNCG battled back to tie the set at 24. The rest of the set was back and forth until the Spartans took two consecutive points to take the frame 31-29 and force a fourth set.

Set 4 (25-16 ETSU): ETSU took the lead in the fourth 4-3 and never looked back. The Bucs jumped on an 8-3 run to hold a 14-6 lead and force the Spartans to use both of their timeouts throughout the 11-point stint. The Bucs concluded the frame with a kill from Sara Esposito (Venezia, Italy) to take the frame 25-16 and the match.

“I’ve worked incredibly hard throughout the season to get to this point,” said Coffman. “My teammates did a great job setting me up for success and we took advantages of the matchups we had. This was a huge win, but we have another big match to prepare for tomorrow.”

The Bucs are back in action tomorrow in the semifinals of the conference tournament and will face the winner of Mercer and Western Carolina at 4:30 p.m.