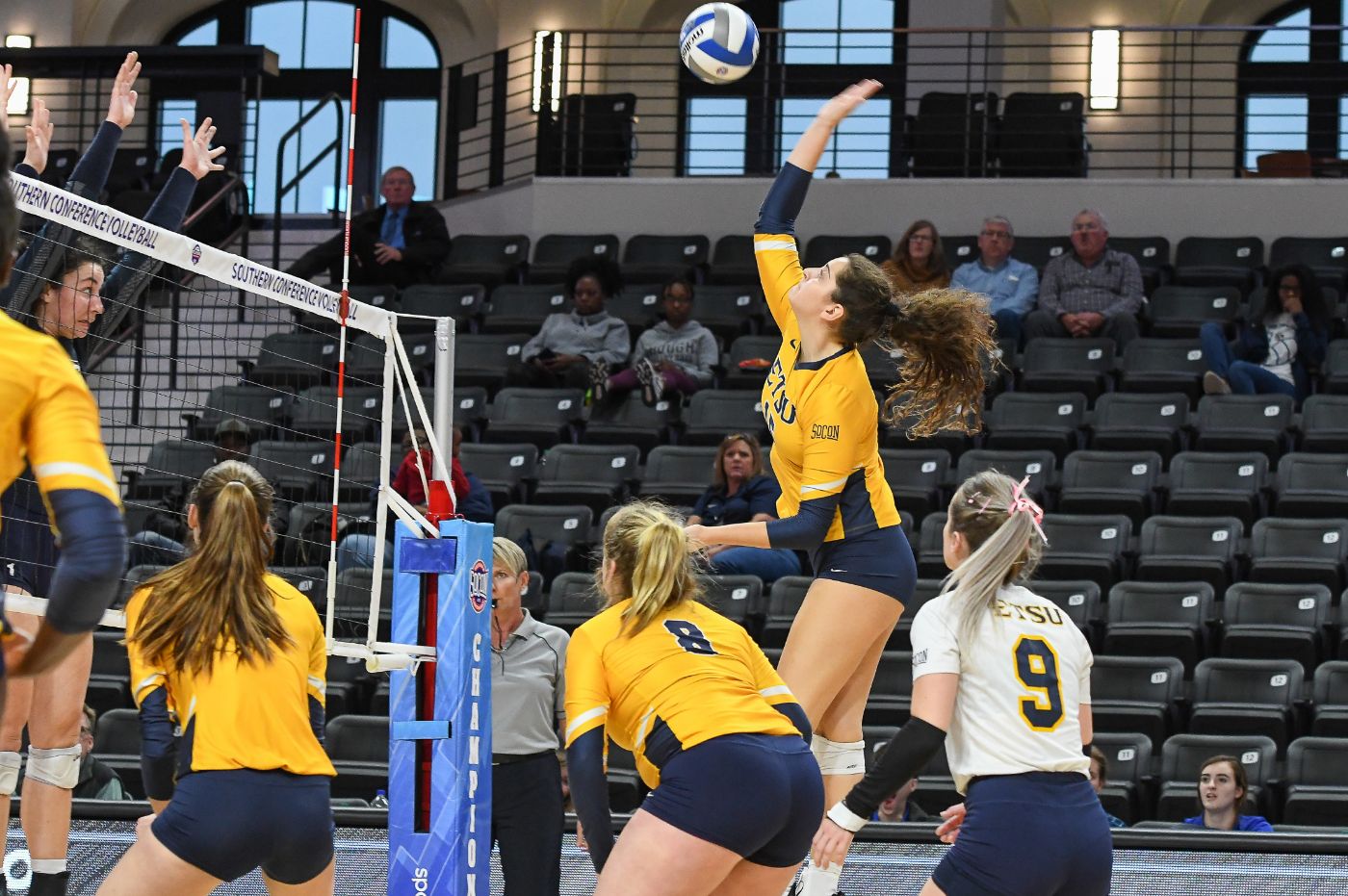 Set 1 (25-22 MER): The Bears came out strong out of the gate and were the first team to 10, with six kills on nine swings for a .667 attack clip through the first combined 18 points. The remainder of the first set continued to go back and forth until Mercer held a three-point advantage up 18-15 to force ETSU to call their timeout. The Bucs were unable to reach Mercer’s lead as the Bears took the set 25-22. Both teams hit above .300 in the set with Mercer outhitting the Bucs .543-.353.

Set 2 (25-21 ETSU): Mercer took their momentum into the second frame, but a 5-1 from the Bucs down 8-4 allowed the Blue and Gold to tie the set at nine. The Bears regained the lead but Marija Popovic (Belgrade, Serbia) logged back-to-back aces to put the Bucs up 17-16. Sara Esposito (Venezia, Italy) took off in the second frame and recorded her 10th kill of the match to give the Bucs a crucial 22-19 lead. ETSU took the second set off of a Mercer error to tie the match at one set apiece.

Set 3 (25-23 ETSU): The third frame was back and forth until ETSU went on a 4-1 run to hold a 19-15 lead. The safe edge did not last long as Mercer battled back with a 4-1 run of their own to cut the deficit to one and force the Bucs to call timeout. Mercer was unable to reach ETSU’s lead late in the set as the Blue and Gold capped of the third-set win with a kill from Kaela Massey (Brentwood, Tenn.).

Set 4 (25-21 ETSU): Mercer held a 5-3 lead in the fourth before the Bucs went on a 6-1 run to force the Bears to call timeout. Three of the six points during the run were service aces. The Bears cut their deficit to one, like they did all match long, but six straight points by the Bucs gave them a comfortable 16-10 lead. Like the previous two frames, the Bears inched close towards the end, but a kill from Esposito gave the Bucs the fourth-set victory and a trip to the championship match.

“This is an exciting moment for our team,” said Head Coach Benavia Jenkins. “We have competed hard in every match this weekend. We need to focus on ourselves, play well and limit our errors tomorrow afternoon.”

The Bucs are back in action tomorrow in the championship match to take on the Samford Bulldogs at 2 p.m. Fans can watch live on ESPN+.