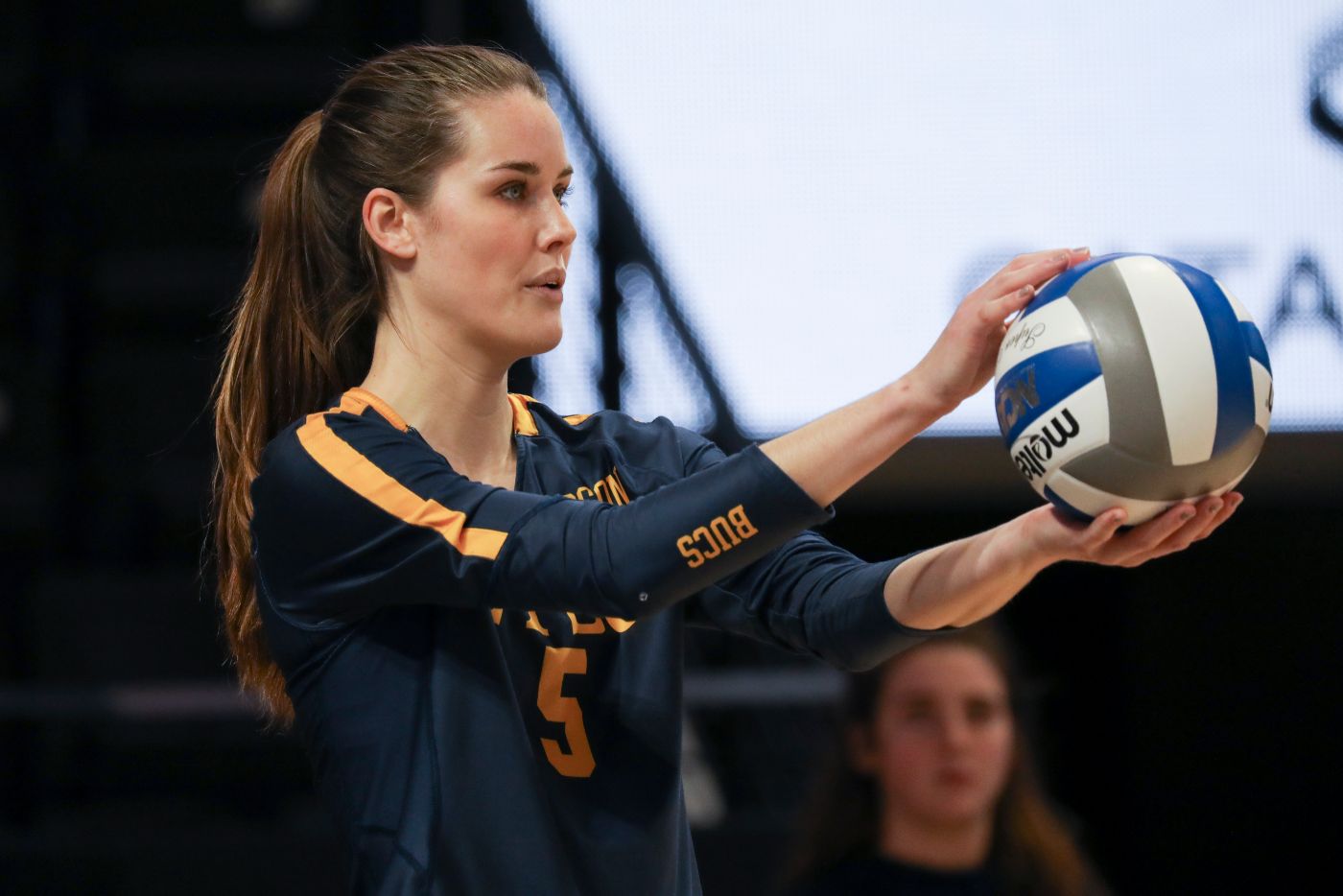 Set 1 (25-23 SAM): The Bucs had the lead early, up 9-4 to force Samford to call their first timeout. The Bulldogs fought back out of the timeout to take a 10-9 lead on a 6-0 run. ETSU did not allow their lead to last long as the Blue and Gold took a four-point lead up 18-14 to force Samford to call their second timeout. The Bucs were the first to 20, but once again the Bulldogs came back with a kill to tie the match at 22. ETSU tied the frame at 23, but a kill and a block from the Bulldogs gave Samford the first set, 25-23.

Set 2 (25-22 SAM): Like the first frame, ETSU had an early advantage up 6-2, but Samford battled back and the rest of the set was back-and-forth throughout. After the Bucs held a three-point lead in the middle of the frame, Samford took one of their own, up 18-15. The Blue and Gold cut their deficit to one, down 21-20, but the Bulldogs took advantage of two kills from Kelsi Hobbs to hold a 23-20 lead and force the Bucs to call their second timeout of the set. Samford took the set 25-22 and put themselves within one set of the SoCon title.

Set 3 (25-23 ETSU): The third set was the most competitive of the first three with no team having larger than a three-point lead throughout the entire frame. With the set tied at 17, the Bucs used two kills and a Samford attack error to be the first to 20. Massey continued her success late in the third with two kills to give the Bucs set point. Lauren Hatch (Homewood, Ill.) found the corner in the back row of the Bulldogs defense to give the Bucs a 25-23 set-three victory and keep their season alive.

Set 4 (25-17 ETSU): The fourth set was back and forth at the beginning, but for the first time in the entire match one team held a big advantage. That team was ETSU. The set was knotted up at 12 before the Bucs went on a 13-5 rout to close out the frame and keep the match alive. The Blue and Gold hit .371 in the fourth and limited Samford to a .212 attack clip.

Massey and Esposito were named to the all-tournament team.

From Coach Jenkins:
“What a ride it has been. Although the result today wasn’t what we were working towards, we are so proud of the effort from this young team. It’s been a great first season and I want to thank Kaela for her contributions to the program, we made sure to send her off with unforgettable memories and growth in her life.”

“We were picked to come in 5th in the preseason. We worked hard all year to earn our second place to end the season against an amazing Samford team. I’m excited to see what the future of ETSU volleyball holds and I’m excited to be a part of it.”

The Bucs conclude their 2019 campaign with the second-best winning percentage in program history. The Blue and Gold will return 11 out of the 13 members of the squad in 2020.