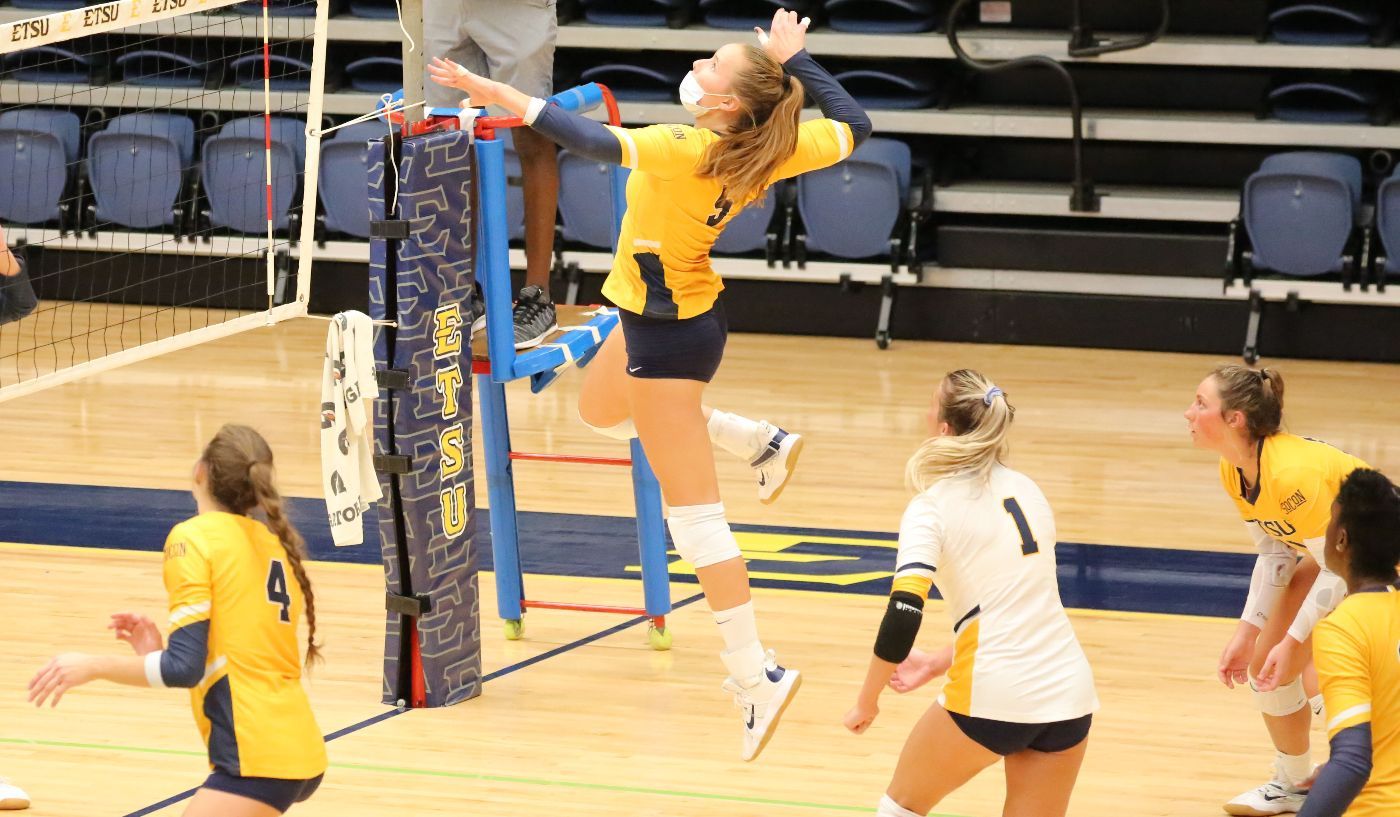 How it happened:
Set 1 (25-22 ETSU): After the first set was locked up at one point apiece, ETSU went on a strong 10-2 run. The Blue and Gold used two kills, a block and an ace from Lauren Hatch (Homewood, Ill.) on the run to go up 11-3. The Bucs used a 5-1 run late in the set to separate them after a small Furman comeback. The Paladins cut the lead to one at 21-20, but a kill from from Lundyn Coffman (Nolensville, Tenn.) and two slams from Olivia Cunningham (Knoxville, Tenn.) put the set away for ETSU.

Set 2 (25-16 ETSU): The Bucs dominated the second stanza from start to finish taking a 10-2 lead and ultimately stretched their advantage to 10 at 15-5. Sanne Maring (Groningen, The Netherlands) was relentless in the second set with seven kills and two blocks (one solo). Furman crept into ETSU’s lead and cut it to three at 17-14 but didn’t get any closer. Four kills in ETSU’s final five points for Maring secured the 2-0 lead for the Blue and Gold.

Set 3 (25-21 FUR): Furman wasn’t ready to go out easily as they battled back to win the third. After the first few points went back-and-forth between the teams, Furman went on a 5-0 run to take a 9-5 lead and never gave it up. The Bucs tied the set twice, but were not able to regain advantage as Furman took the set 25-21.

Set 4 (25-20 ETSU): ETSU did not want to play back-to-back five-set matches. The Bucs took a 10-7 lead in the fourth and able to hold it the rest of the way. With a 20-16 advantage, ETSU used kills from Cunningham, Asia Mattress (Mauldin, S.C.) and three errors by Furman to put the set and match away. The Bucs had three of their eight aces in the fourth frame and hit .216 to close out the contest.

UP NEXT
The Bucs have a bye week this weekend and will host UNCG at 3 p.m. on Sunday, Feb. 14 in Brooks Gym for their home opener.