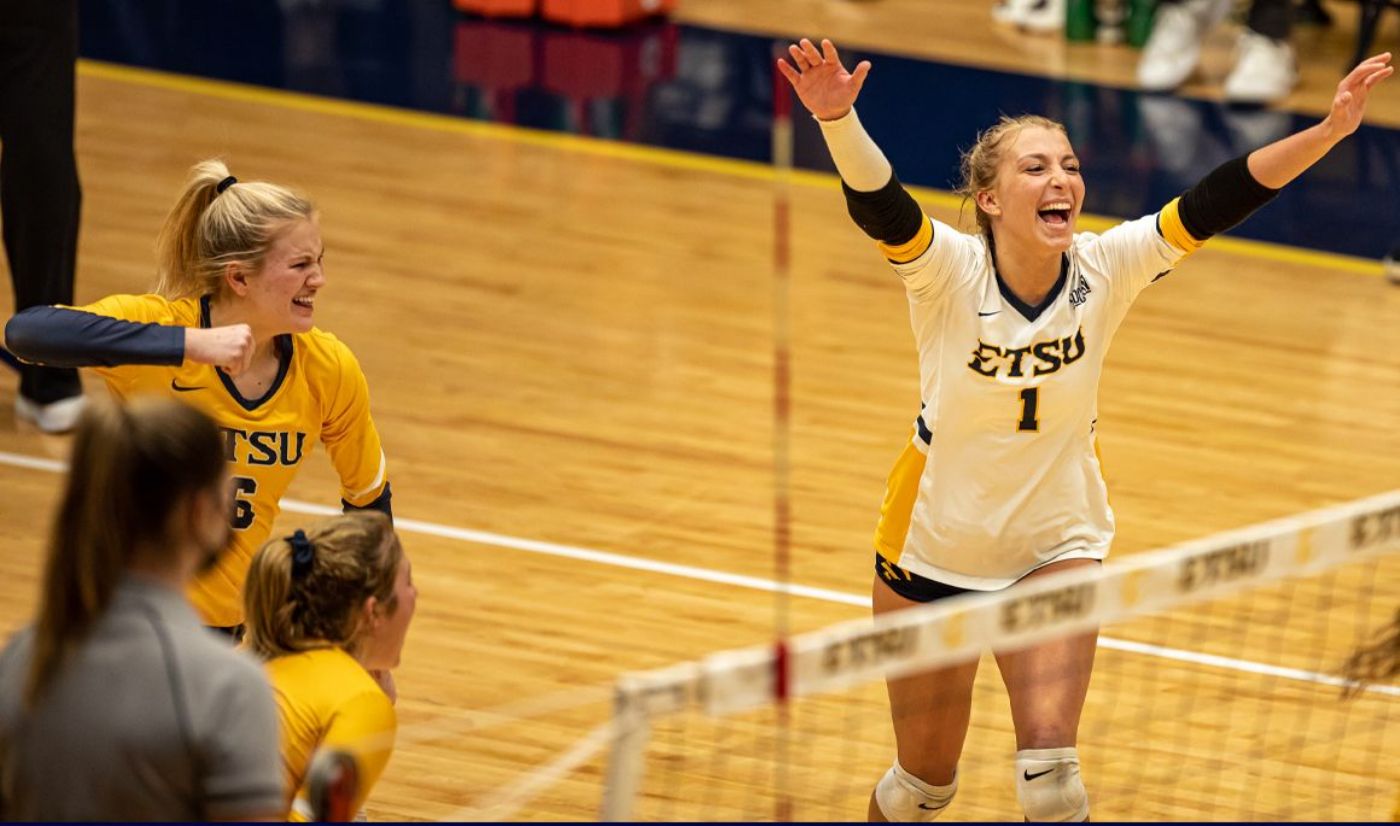 ETSU moves to 4-0 to start the season

Set 1 (27-25 ETSU): The first set was just as close as yesterday’s match. The Bucs and the Spartans were neck and neck throughout the frame with no team leading by more than three after the deadlock at 10. UNCG had two set points up 24-22 and then came the wall of Sanne Maring (Groningen, The Netherlands), and Sara Esposito (Venezia, Italy). The two upperclassmen stuffed UNCG’s Maria Esch to bring the Bucs within one. Esposito went to the service line and slotted her fourth ace of the set to tie the first. After a UNCG timeout, the Venezia, Italy native gave the Bucs a 25-24 lead with her fifth ace of the first set. After the Spartans won the next point, ETSU used two kills from yesterday’s record-breaker, Olivia Cunningham (Knoxville, Tenn.) to take the set, 27-25.

Set 2 (25-19 ETSU): ETSU got out front early in the second with an 8-1 lead with kills from four of the Bucs’ five starting attackers. UNCG battled back and wasn’t going down easy. The Spartans tied the set at13 and took the lead, up 14-13. UNCG was able to have one more lead in the rest of the set at 16-15, but that would be it for the Spartans. ETSU used a block and kill from Maring as well as a kill from Jenna Forster (Maryville, Tenn.) to put the Blue and Gold up 20-17. The Bucs closed the set on a 5-2 run to move them within on set of winning the match.

Set 3 (25-18 ETSU): ETSU was ready to finish the match in the third. Like the first frame, Bucs and the Spartans were locked at 10. From there, ETSU ran away with it. The Bucs went on an 6-0 run with Maring behind the service line to hold a 16-10 advantage. The Spartans cut it to six at 22-16, but that was the closest they would get. The Blue and Gold used a kill from Cunningham to reach match point and Maring hammered home the win with her sixth kill of the evening and give the Bucs the set, 25-18.

UP NEXT
The Bucs are back on the road next weekend at Wofford. First serve is set for Sunday, Feb. 21 at 5 p.m.