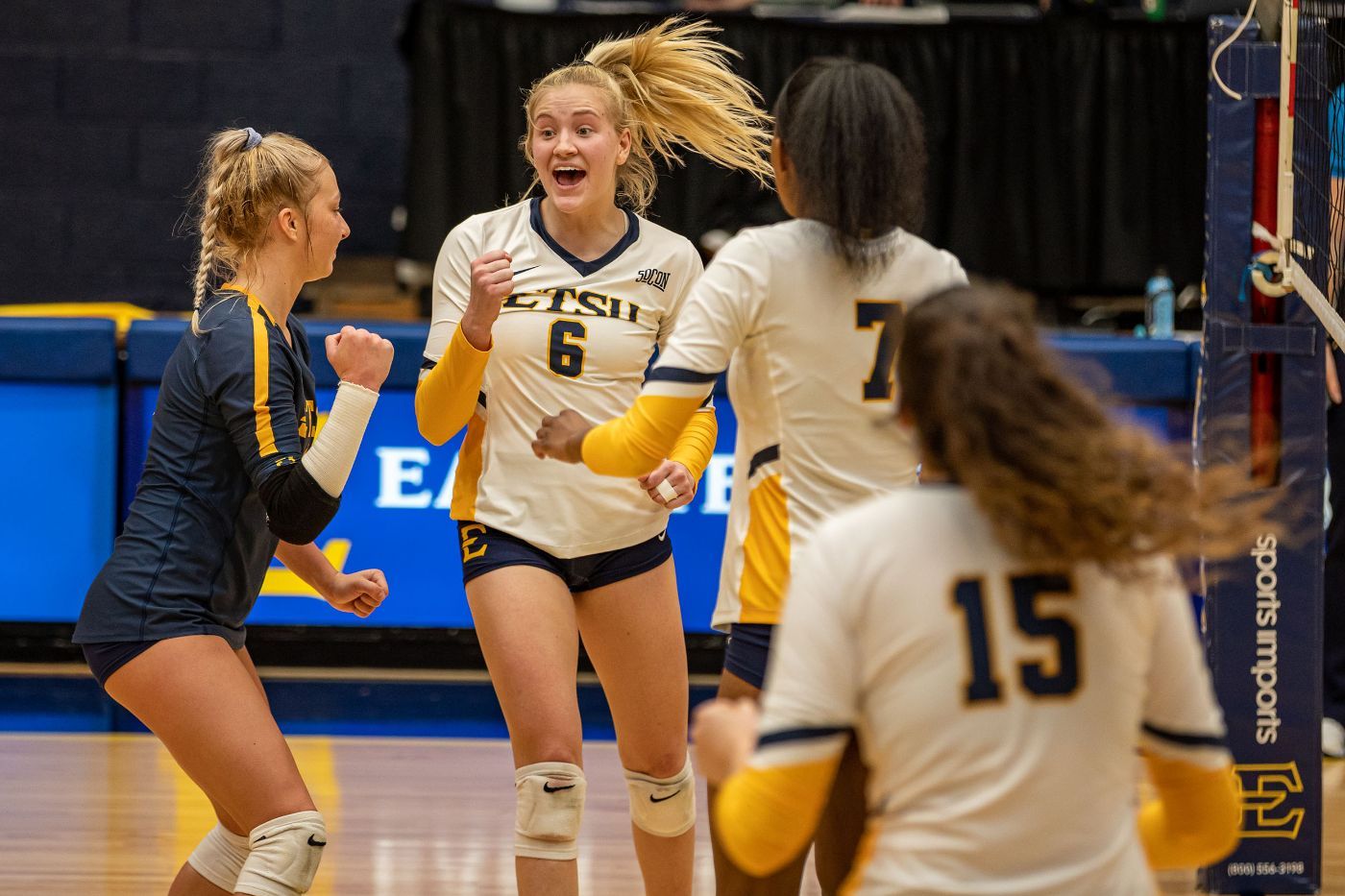 JOHNSON CITY, Tenn. (Feb. 16, 2020) — After becoming the first Buccaneer in program history to record 30 kills in a match, ETSU Volleyball outside hitter Olivia Cunningham (Knoxville, Tenn.) was named the Southern Conference Offensive Player of the Week on Tuesday afternoon.

On Sunday’s match against UNCG, Cunningham recorded 30 kills, including the match winner, to set the program record for kills in a match. The Knoxville native added 12 digs for her second double-double of the season. In Monday’s contest, she tallied her third-straight double-double with 14 kills and 12 digs, both match highs.

Cunningham became the youngest player in Division I this season to have 30 kills in a match and the only player to record 30+ kills, 10+ digs and three or more assists in a match.

This is Cunningham’s first player of the week accolade of her career and second for the Blue and Gold this season.

The Bucs are back in action this weekend as they head to Spartanburg for two games against the Wofford Terriers. First serve is slated for 5 p.m. on Sunday and Monday.