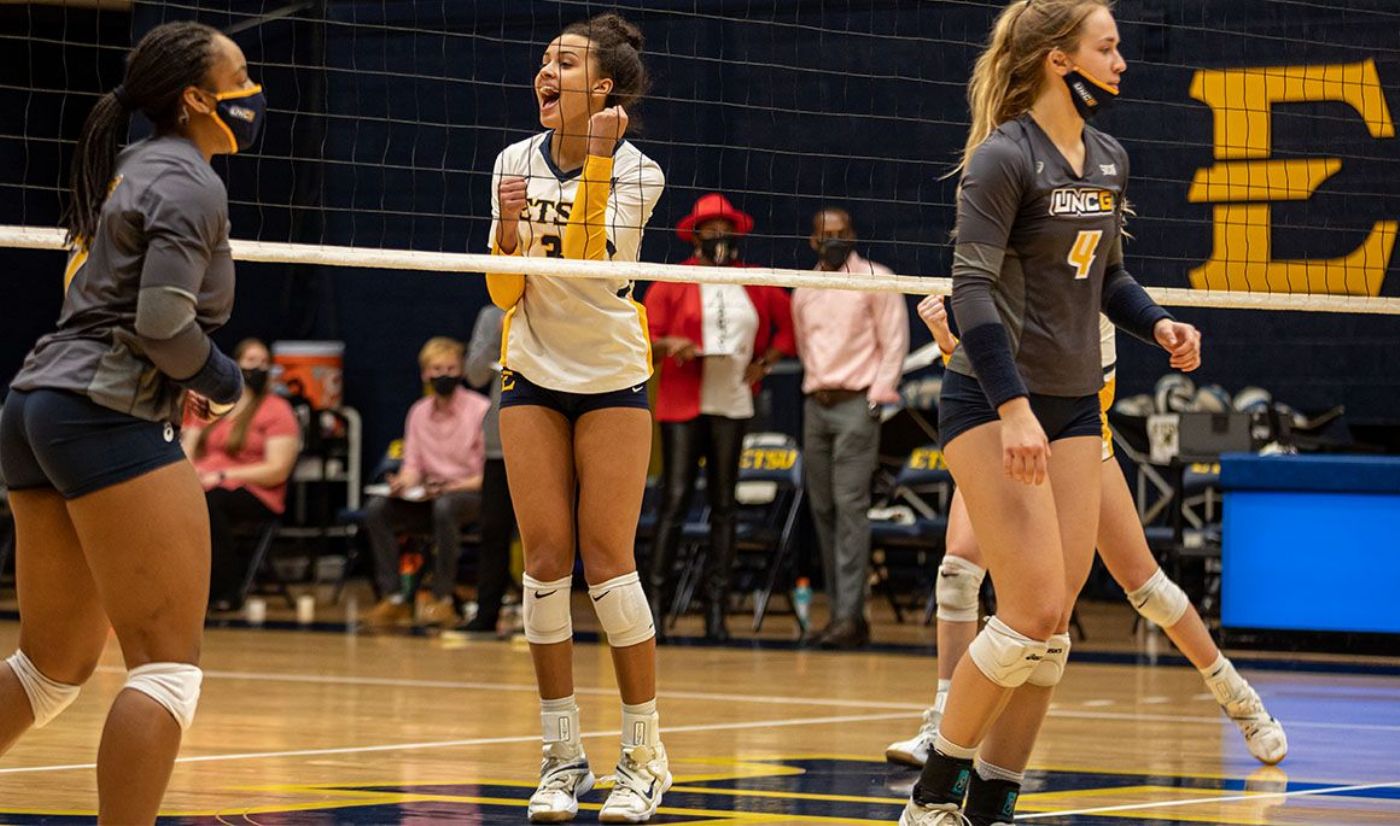 CULLOWHEE, N.C. (Feb. 27, 2021) – The last time the ETSU Volleyball team took the floor, they suffered their first road losses since 2018. The Blue and Gold look to rebound on the road Sunday, Feb. 28 and Monday, March 1 at Western Carolina

Fans can watch both matches live on ESPN+.

A LOOK AT ETSU
The Bucs are 4-2 entering the weekend after losing their first two matches of the season last weekend at Wofford. As a team, the Bucs are hitting .220 led by Asia Mattress (Mauldin, S.C.) and Sanne Maring (The Netherlands) who are both hitting .317. Maring is second on the squad with 52 kills this season. The transfer middle blocker has just 14 errors on 120 swings.

Emily Arnold (Louisville, Ky.) has continued to quarterback the Bucs’ offense as ETSU is second in the SoCon with 12.79 assists per set. The sophomore setter has 10.83 assists per set this season and has recorded 50+ assists in two matches. In the back row, Sydney Cherney (Knoxville, Tenn.) has taken reigns as the starting libero for Coach Jenkins’ squad. She is averaging 3.12 digs per set and has recorded digs in four of five matches in the libero jersey.

A LOOK AT WESTERN CAROLINA
The Catamounts are 3-6 overall and are 3-4 in league play this spring. They began the season with two losses at Clemson and split with The Citadel before being swept by Samford. Most recently, WCU has played three matches at home and swept Chattanooga before losing in five sets to Wofford. The Catamounts’ junior outside hitter, Merry Gebel leads the team with 3.74 kills per set, while they have two players hitting above .300 (Sydney Carlson, MaKenzie White). As a team, WCU is hitting .206 and averages 12.5 kills per set. The Catamounts are last in the league in aces per set with 1.15 and lead the SoCon with 18.41 digs per set.

SERIES HISTORY:
This will be the 85th match all-time between the two teams. The Catamounts lead the series 43-41, but ETSU has won the last five with four of those wins coming as sweeps.