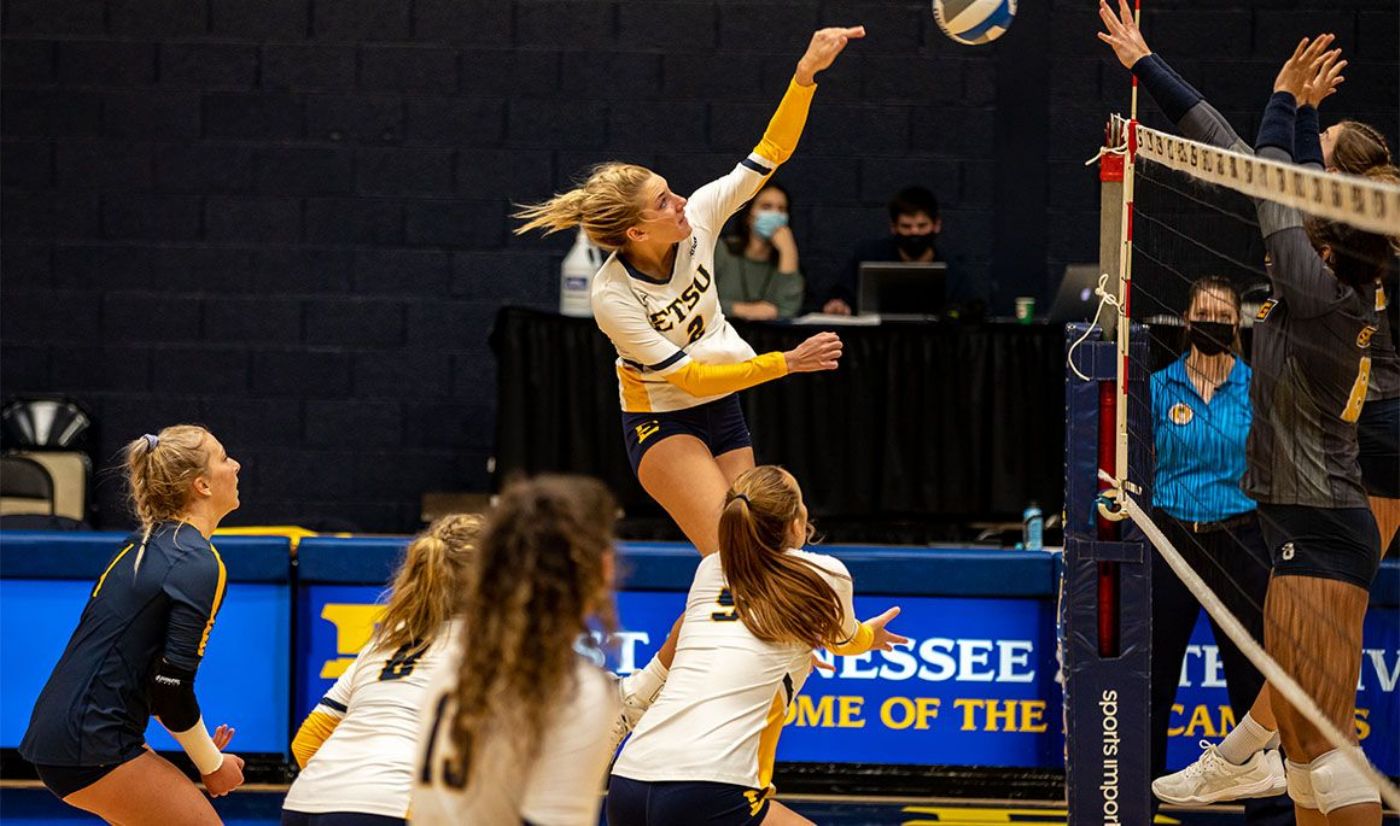 CULLOWHEE, N.C. (Feb. 28, 2021) – The ETSU Volleyball team began their season series against the Western Carolina Catamounts on Sunday afternoon looking to bounce back after consecutive SoCon losses. The shorthanded Bucs suffered their third-straight set back as WCU won in three sets (25-13, 25-17, 25-20).

Set 1 (25-13 WCU): In her first start of the season, Sidney Sherrill recorded the first kill of the match for the Buccaneers. Fresh into the game to serve, Sydney Allen slotted the first ace of the match to put ETSU up 3-2. Western Carolina had the first run of the set and went up 11-6. The Catamounts went up 15-10 at the first-set media timeout. After the timeout, WCU concluded the set on a 10-3 run to take a 1-0 advantage.

Six Buccaneers accounted for their seven kills as the Catamounts outhit ETSU .385 - .027 in the set.

Set 2 (25-17 WCU): WCU began the set with a 3-0 lead and never gave that lead up. Jenna Forster tied the frame at seven with her second kill of the match. From that point on, Western Carolina took control with a 5-1 run and later a 7-1 run. Forster led the set with eight kills, but it wasn’t enough to stop the Catamounts’ .455 hitting percentage. Esposito added five kills on seven swings in the frame to hit .714. ETSU hit a match-high .270 in the set, but weren’t able to force any Catamount errors as WCU took a 2-0 lead in the match.

Set 3 (25-20 WCU): For the first time in the match, the Bucs held a three-point lead early in the set. The Bucs led 5-2 with two kills from Mattress and Makenna Phillips’ (Candler, N.C.) first career kill. The third set went back-and-forth and was the most competitive to this point as neither team was able to run away with it. The Catamounts were the first to 15 and held a 15-14 lead at the media timeout. The Bucs tied the match at 19 and the Catamounts won the next four point with two blocks to hold a 22-18 lead. After Coach Jenkins took her second timeout, Emily Arnold (Louisville, Ky.) stopped WCU’s run with her second kill of the day. The Bucs came back within three (23-20), but the Catamounts completed the sweep with a kill and an ETSU attack error.

UP NEXT
The two teams close out the series Monday evening at 5 p.m.