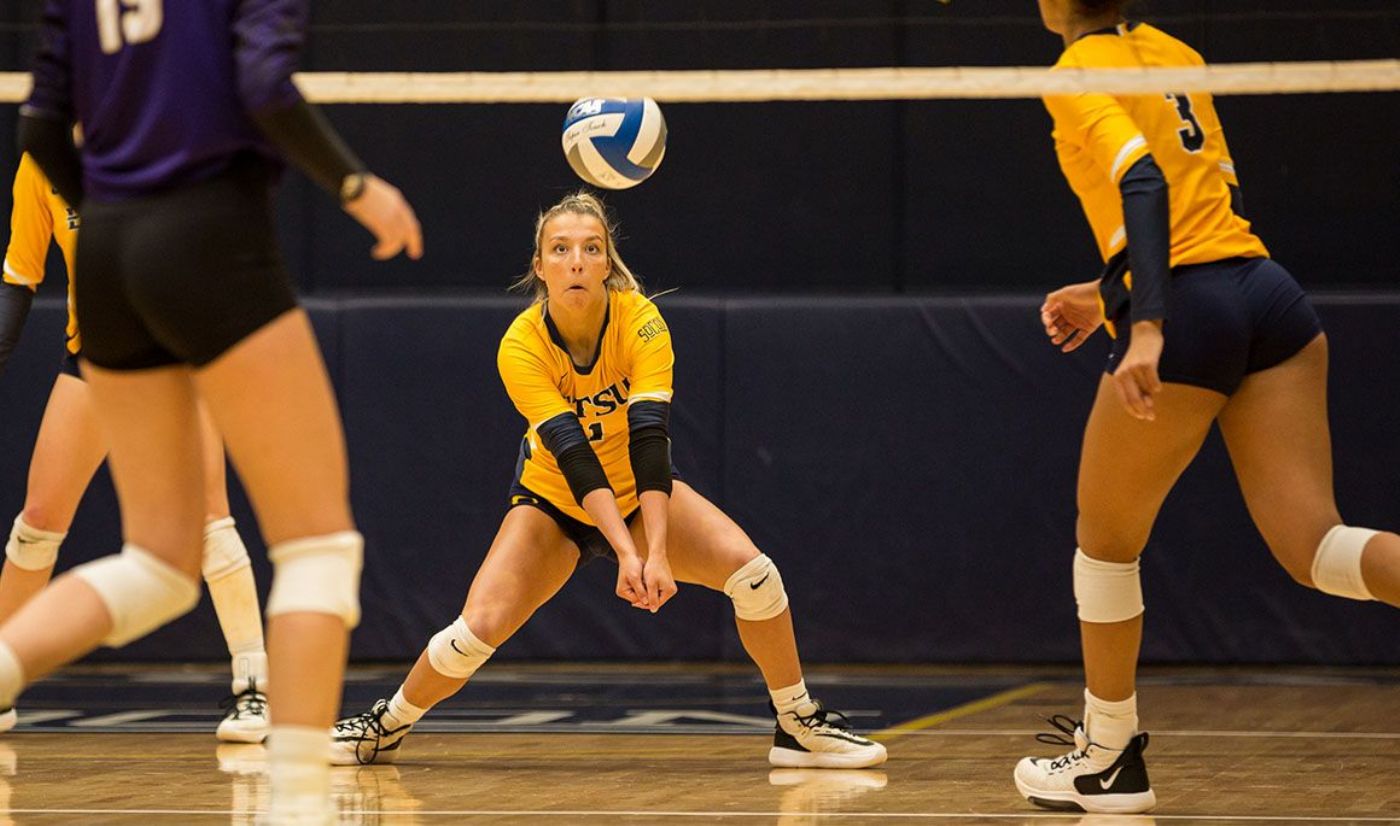 Two teams combine for 178 digs in the four-set match

HOW IT HAPPENED
Set 1 (25-21 ETSU): Coach Jenkins went with a different starting lineup for the fourth straight match on Monday afternoon looking to stop ETSU’s skid. At the beginning of the match, the Bucs used two blocks from Asia Mattress (Mauldin, S.C.) to take an early 7-4 lead. Western Carolina came back with a 4-0 run to take an 8-7 advantage, but after both teams exchanged the next eight points, Jenna Forster (Maryville, Tenn.) gave the Bucs another lead at 13-12. ETSU used two kills from Sanne Maring (The Netherlands) and three solo blocks in the set to take the first frame, 25-21.

Set 2 (25-17 WCU): The Bucs won the first point of the set, but WCU’s Mery Gebel served five straight points to give the Catamounts a 5-1 advantage. Coach Jenkins took her first timeout down 10-4 and the two teams split the next six points. The Catamounts maintained a six-point lead throughout the majority of the set. At 17-12, WCU saw everything work in its favor as Mattress recorded what she thought was a block, but the ball went off of WCU’s Julia Gardon’s head for a Catamount kill.

Set 3 (25-20 WCU): Western Carolina held momentum first, up 5-3, but with a Catamount error, a kill from Mattress and the fourth Buc ace of the afternoon, ETSU tied the match at six. WCU took advantage of ETSU miscues and held a four-point, 10-6 lead. The Bucs were unable to regain momentum as WCU controlled the frame with a seven-point lead to force ETSU to call timeout, down 19-12. The Catamounts held the advantage the rest of the way as WCU took the second set, 25-19.

Set 4 (25-22 WCU): The Bucs won the first two points of the set, but like they did in the second stanza, WCU went on a 5-0 run to take a 5-2 lead. With WCU up 11-7, the Bucs fought back with a 4-0 run of their own with kills from Forster and Mattress. Entering the fourth-set media timeout, WCU was up two, 15-13. The Bucs fought back to stay in it as they won three points in-a-row to bring the score to 18-17, forcing a WCU timeout. The Bucs kept it close, but were unable to come out on top of long rallies as the Catamounts used it to their advantage and won match point and win the set, 25-22.

UP NEXT
The Bucs are back in Johnson City on Sunday, March 1 as ETSU hosts SoCon leading Samford at 3 p.m. in Brooks Gym.