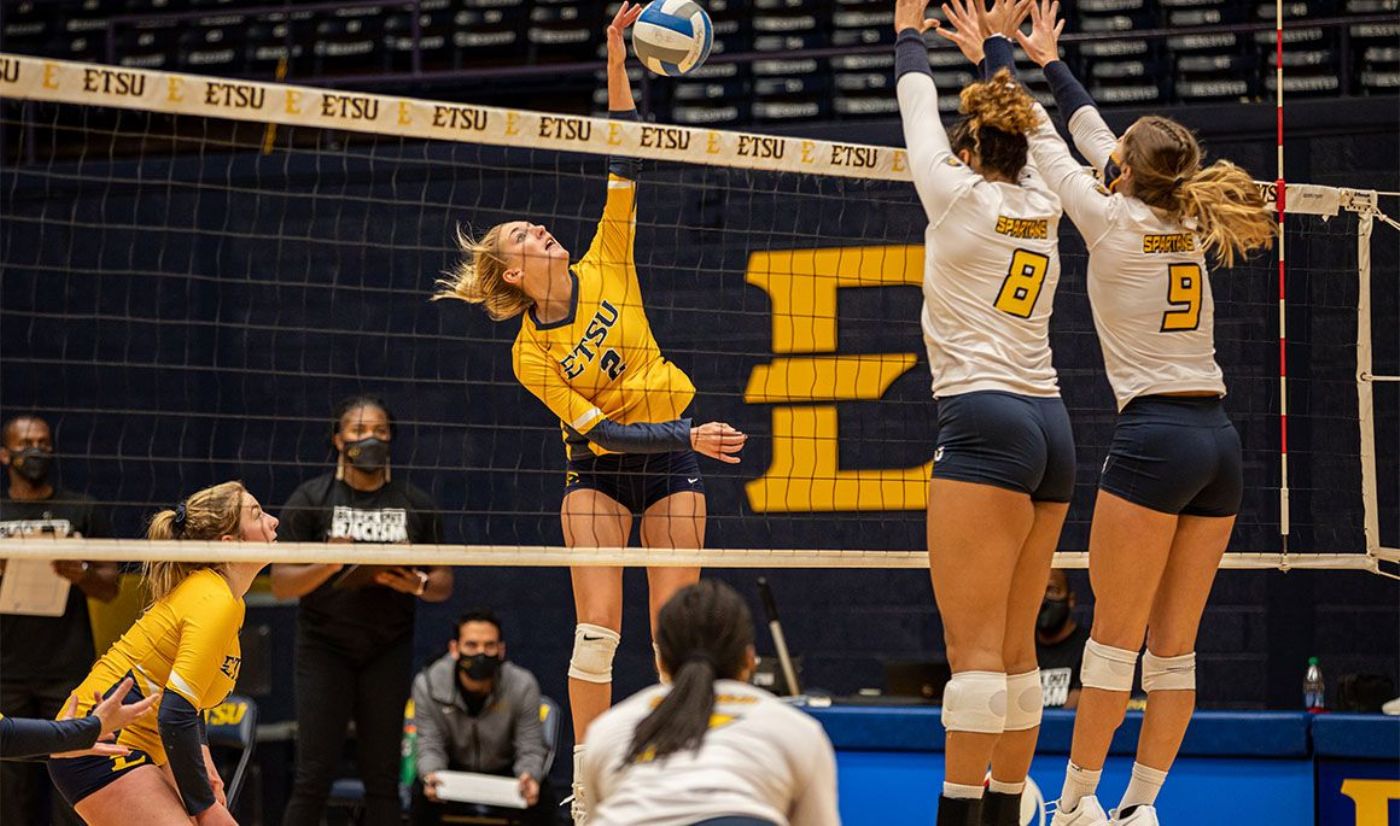 Set 1 (25-21 ETSU): With both teams entering the match shorthanded, the first frame started neck-and-neck with the set locked up at eight early. Through the first 16 points, both teams had two blocks. From that mark, the Bucs went on a 7-3 run and led 15-11 at the first set media timeout. Out of the timeout, the Bucs won two of the next three with a kill and ace from Sanne Maring (Groningen, The Netherlands). Samford inched closer rand brought the set within two at 19-17, but a Bulldog service error halted the momentum. ETSU closed out the first set with an ace and kill from Jenna Forster (Maryville, Tenn.) and a Samford service ace.

Set 2 (25-15 SAM): Forster continued her success at the beginning of the second set serving five of the first six points with three straight aces as ETSU led early, 5-1. Samford used three small runs to tie the set at nine. Samford began its biggest run to this point with the set tied at 11. The Bulldogs rallied off four straight points with three kills from junior outside hitter Lauren Deaton. Out of the media timeout, down 15-11, the Bucs stopped the momentum with a kill from Maring. Samford slotted three straight service aces from that point forward and continued their success in the final third of the frame. The Bulldogs didn’t record an error in the second set and took it, 25-15.

Set 3 (25-20 SAM): Samford began the third game with a 6-1 lead to force Coach Jenkins to call her first timeout. Out of the timeout, ETSU won two straight points. Facing a 8-3 deficit, the Bucs went on a 6-0 run of their own capitalizing on three Samford errors. The third stanza went back and forth from then on until it was tied at 17. Samford won the next four points, forcing an ETSU timeout. The Bucs won two of the next three and cut the lead to two, but it wasn’t enough. Deaton stepped back to serve and the Bulldogs won the final two points with a kill from Kaela Keshock and a block from the front row. Both teams hit under .200 in the set, while both had five aces.

Set 4 (25-21 SAM): Like they did in the third, the Bulldogs controlled the fourth set out of the gate. The Bulldogs led 4-1 before ETSU went on a 4-0 run to take a lead. The Blue and Gold held until Samford took over to lead 11-10 with another kill from Deaton. Coach Jenkins’ squad did not quit as the team kept the set within two until an attack error put Samford up 20-17. The Bulldogs put the set away with two kills and a Buccaneer service error. After the first three sets saw a combined 22 service aces, the final set featured just one.

KEY STATS
Forster led the Blue and Gold with 12 kills, her third straight match in double digits. She capped off the double-double with a team-high 15 digs. Forster also slotted five aces, a career high for the freshman.

Sydney Cherney (Knoxville, Tenn.) recorded 13 digs as the starting libero for the Blue and Gold and was served at 35 times with three reception errors.

Starting setter for ETSU, Emily Arnold (Louisville, Ky.) tallied 30 assists. Maring was second on the squad with eight kills and had a block.

The two teams totaled 23 service aces ETSU had the advantage 13-10.

INSIDE THE NUMBERS
ETSU’s 13 aces are two shy of the program record for kills in a four-set match set in 1993 vs UNC Wilmington.

UP NEXT
The Bucs and the Bulldogs return to Brooks Gym tomorrow at 5 p.m.