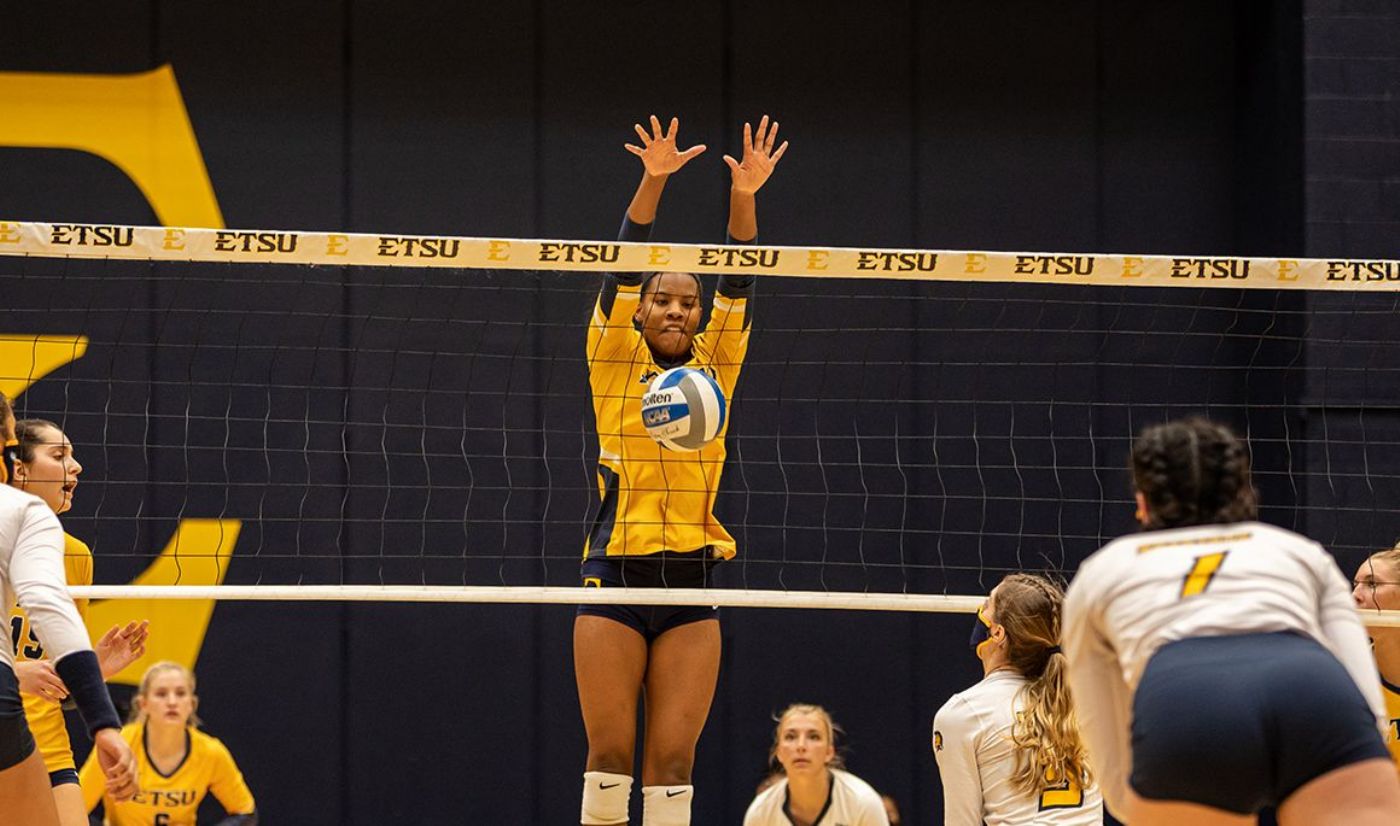 HOW IT HAPPENED
Set 1 (25-21 MER):  ETSU was the first team to jump on a run in a set that was full of them. The Bucs’ first run was a 7-2 swing which gave them a 12-8 lead. The run consisted of the first ace of the match, courtesy of Sydney Allen (Gaffney, S.C.) and kills from Asia Mattress (Mauldin, S.C.) and Sanne Maring (The Netherlands). The Bears saw their first run right away with five straight points to regain the lead. With the set tied at 19, Mercer won four of the next six points to force ETSU to call timeout, down 23-21. The Bears won the next two points with a kill and a block to take a 1-0 lead in the match. The two teams combined for just four errors in the opening frame.

Set 2 (25-23 MER): As they were in the first set, the two teams remained close throughout the second frame until Mercer went on its second 5-0 run of the set to take a 13-10 lead. After both teams had alternating runs of four straight points, the Bears had an 18-15 advantage, forcing an ETSU timeout. The Blue and Gold regained the lead off of a Mercer ball handling error at 23-22, but were unable to add any other points as Mercer took the second set, 25-23.

Set 3 (25-23 MER): The third set was the most competitive of them all with neither team holding more than a three-point lead. Fast forward to Mercer’s three-point advantage at 20-17. The Blue and Gold won four straight with kills from Jenna Forster (Maryville, Tenn.) and Sara Esposito (Venezia, Italy). The Bears wanted the sweep, winning five of the last seven points to take the match in three. Both teams hit above .200 in the third stanza and combined for three blocks.

UP NEXT
The Bucs conclude their 2021 spring campaign against Chattanooga on Sunday, March 28 and Monday, March 29.