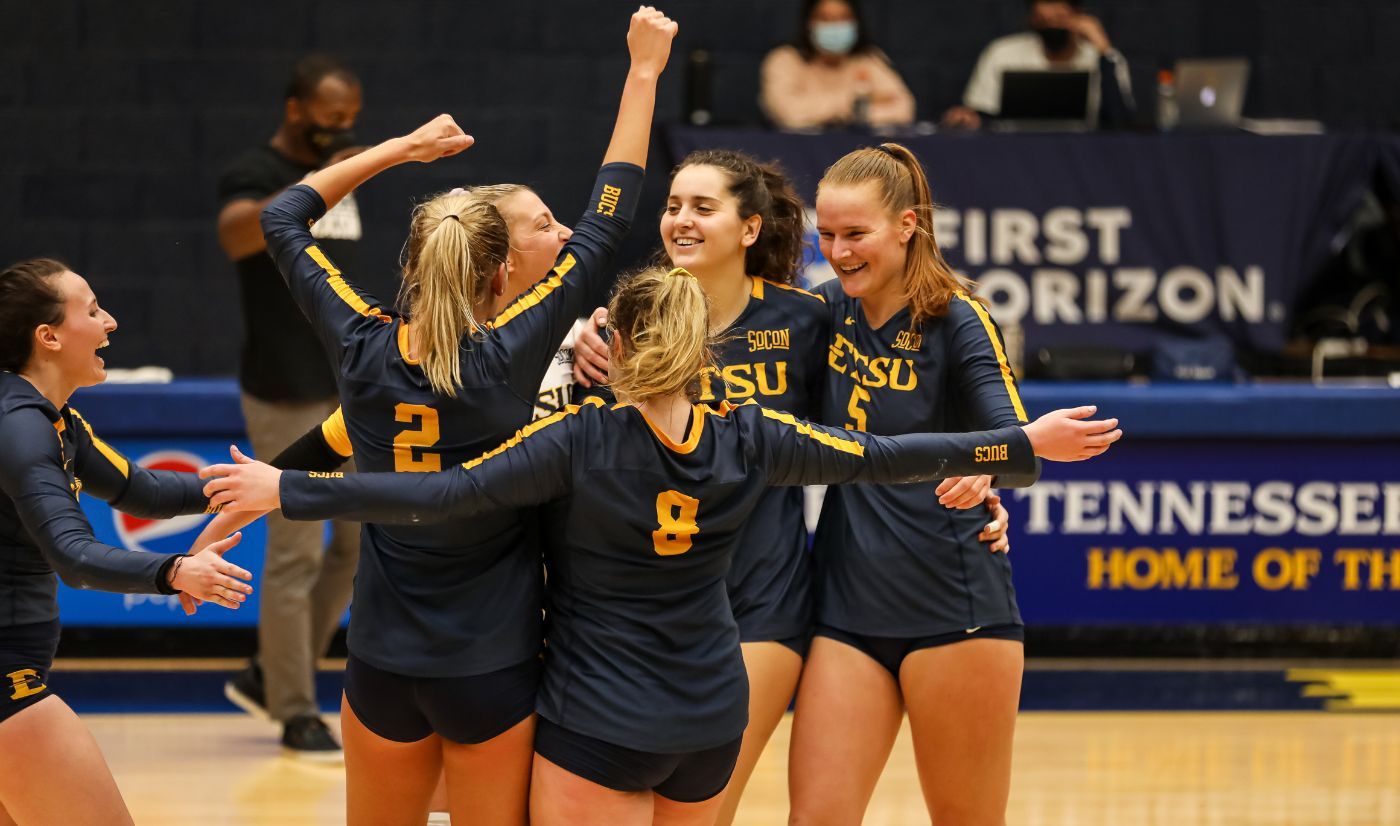 HOW IT HAPPENED
Set 1 (26-24 ETSU): The two teams exchanged the first 10 points and it was Chattanooga that took the first three-point lead of the match at 10-7. The Mocs held a 14-10 lead as Sanne Maring (The Netherlands) registered her first kill of the match and then served two straight points to bring the Bucs within one, 14-13. UTC was up two at the media timeout, but ETSU won nine out of the next 13 points to take a 22-18 lead. The Mocs called timeout and went on a 4-0 run to tie the set at 22. It took extra points in the first frame, but ETSU won the first set 26-24 off of a UTC ball-handling error. Both teams hit under .200 in the set that featured five ties and one lead change.

Set 3 (25-12 ETSU): After UTC won the first two points of the set, the Blue and Gold took control. ETSU won the next nine points with five kills from Sara Esposito (Venezia, Italy). The dominant third set was just getting started as the Bucs hit .500 in the frame enroute to a sweep of the Mocs. ETSU had multiple runs of six or more points in the set which was capped off by Esposito’s seventh kill of the frame. ETSU had 17 kills on 30 sweeps and was perfect in serve receive and serving in the third.

UP NEXT
The Bucs and the Mocs conclude the regular season tomorrow in Brooks Gym at 5 p.m.