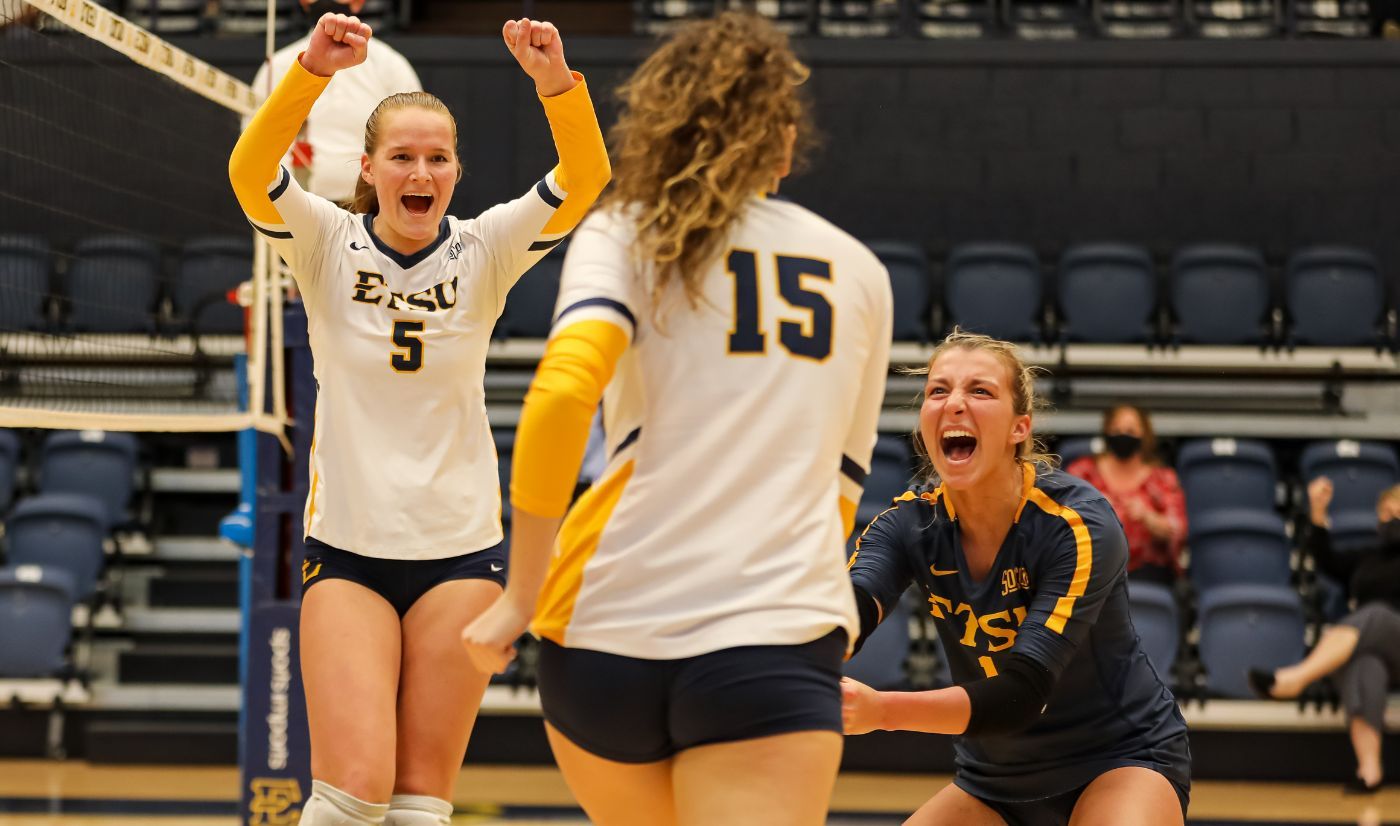 Set 1 (25-18 ETSU): Like the first match, the two teams kept the match close early in the contest. Jenna Forster (Maryville, Tenn.) was on fire early; she had three kills in her first three swings to log three of ETSU’s first four points. UTC had a 10-9 lead and then ETSU took control. The Blue and Gold went on a 6-0 run which was all they needed to take the momentum and ultimately the set away from the Mocs. ETSU capitalized on two UTC ball handling errors and kills from Forster and Sara Esposito (Venezia, Italy) to win the first set, 25-18.

Set 2 (25-17 ETSU): UTC took the lead in the second from the start and held an advantage by as much as four points at 13-9. The Bucs won five straight points to force a Mocs timeout and the run did not stop. Sydney Allen (Gaffney, S.C.) served nine straight points enroute to a 10-0 run by the Blue and Gold. With a 19-3 lead, the Bucs won eight of the next 12 points to take the second set. Esposito hit .417 with six kills on 12 swings. ETSU hit .290 in the set and had two aces and a block

Set 3 (26-24 ETSU): Runs for the Bucs continued in the third set for ETSU. The Blue and Gold went on a 9-2 run early in the frame with the majority served once again by Allen. Down 17-10, the Mocs didn’t go down easily. The visitors went on a run of their own the cut their deficit to one, down 19-18. For the first time in the set since 1-0, UTC regained the lead up 24-23. After a service error by the Mocs, Esposito slotted her first ace of the match to give ETSU match point. Match point was one to remember as UTC had a kill in hand with an attack going off of Asia Mattress’ head into the rafters. A tremendous play by Lundyn Coffman kept the point alive which ended by Forster hitting a cross-court winner to secure the sweep.