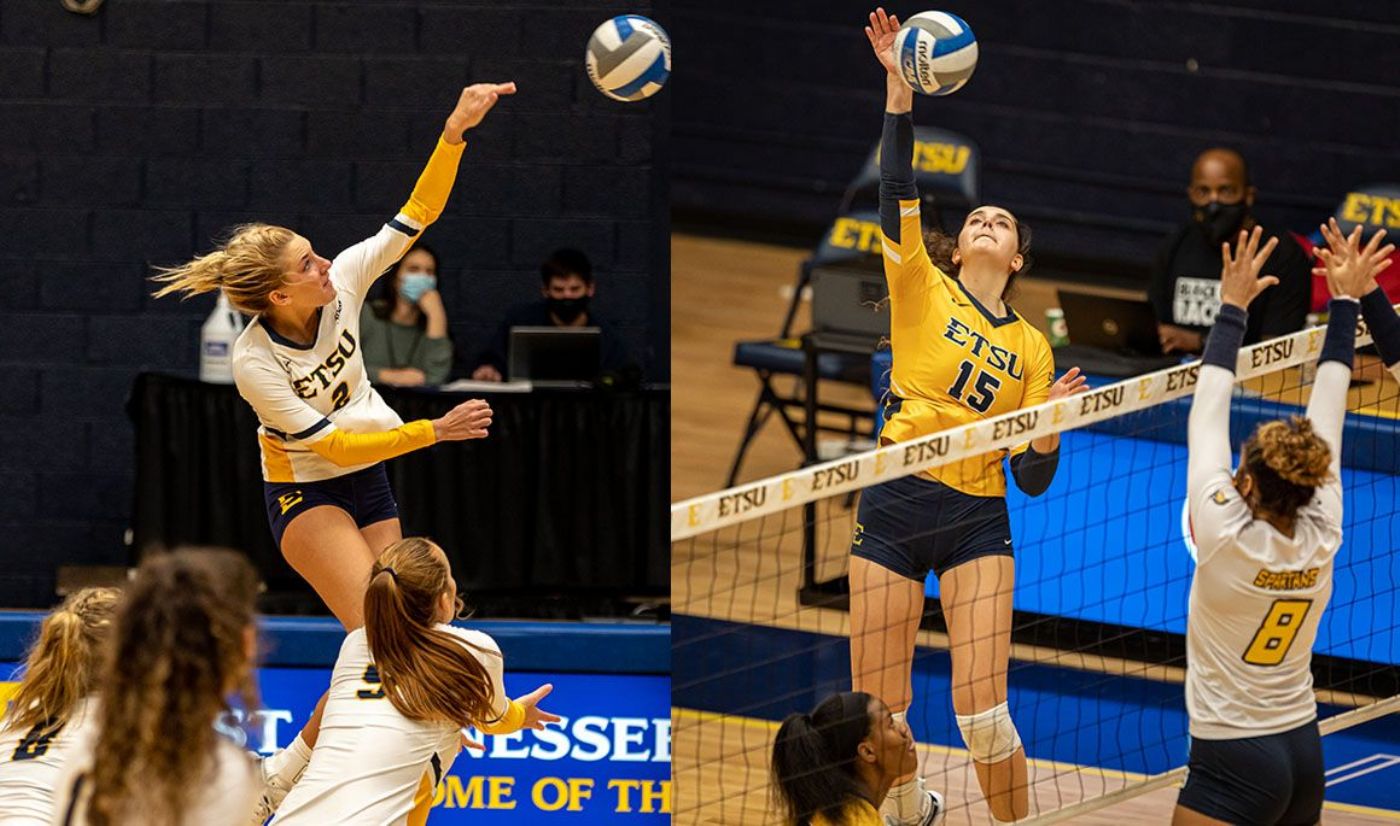 In the 2021 Spring campaign, Esposito led the team with 3.04 kills per set and .35 aces per set. The sophomore right side hitter had a team-best 164 kills and 19 aces. Esposito recorded 29 blocks and 11 solo blocks this season to average .54 blocks per set. Defensively, she also added 69 digs this season.  She concluded the season recording 10 or more kills in each of the last six matches, including setting a career high against The Citadel with 20 kills.

Forster concluded the season with 2.66 kills per set, third among freshman in the conference. She was second on the team with 157 kills and 14 aces. The Maryville native added 2.07 digs per set defensively, netting three double-doubles this season.  Forster set a season-best 19 kills against the Citadel and capped off her double-double performance with 17 digs and two aces. The right side hitter was the only to freshman in the SoCon to average more than two kills and two digs per set this season.

Samford’s Lauren Deaton and Kenya McQuirter were recognized as the SoCon Player of the Year and Freshman of the Year, respectively. Western Carolina’s Destinee Dorsey was named the Libero of the Year and Derek Schroeder, Mercer’s Head Coach was chosen as the Coach of the Year.