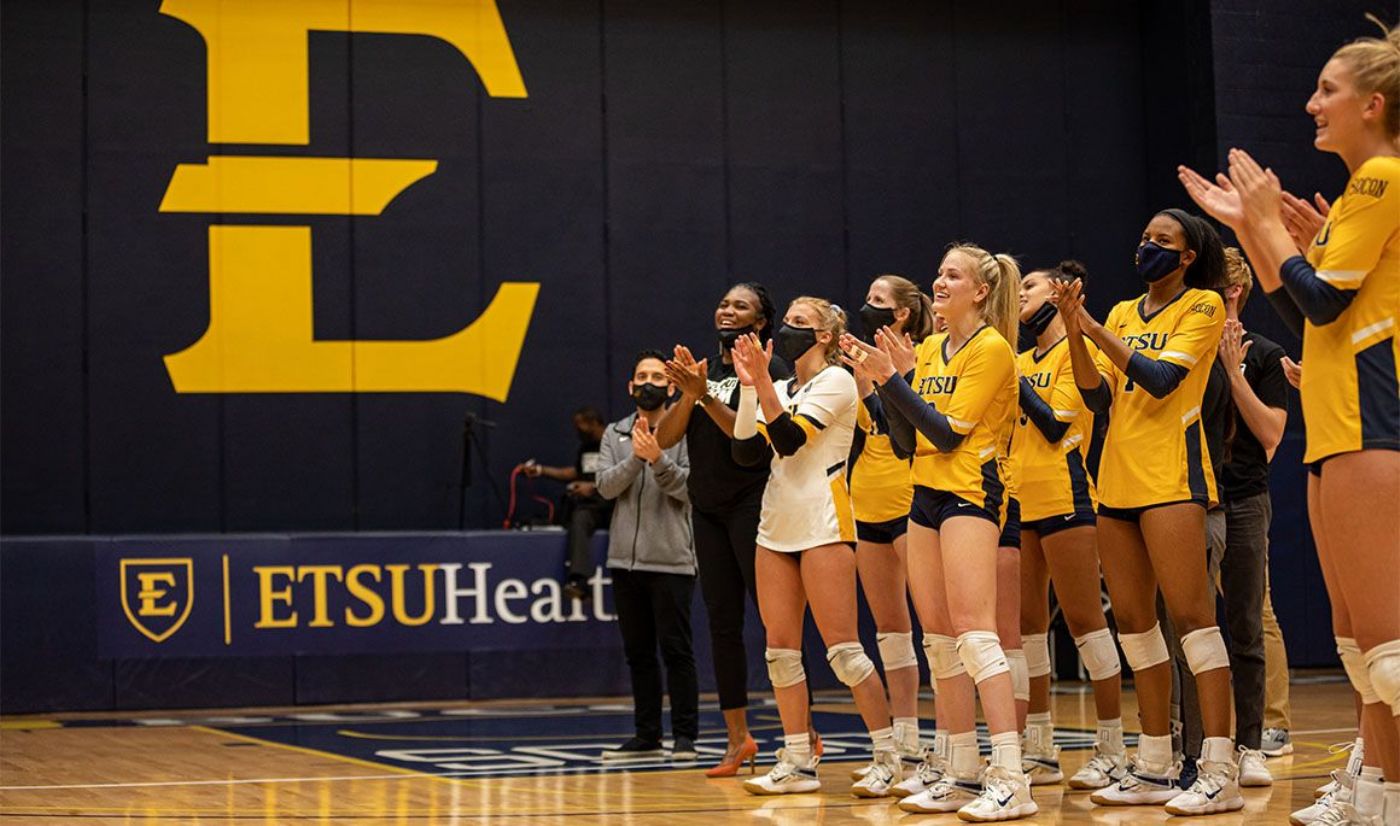 JOHNSON CITY, Tenn. (Aug. 26, 2021) – The Bucs open their fall campaign against three solid programs from the SEC, ACC, and Big 12 this weekend in Knoxville, Tenn. This is the second time ETSU has been invited to the Tennessee Classic in the last three years, going 2-1 in the tournament in 2019.

The Bucs are coming off a shortened-spring season in which they only played a SoCon schedule, going 7-9 in a season hurt by injuries. The squad got off to a hot start, winning their first four games before losing two key players. ETSU was able to finish the season on a high note against in-state rival Chattanooga, sweeping the Mocs in straight sets in back-to-back matches.

The team features 10 newcomers, four of which are transfers. Coach Jenkins enters her third year as head coach, compiling a record of 32-15 through her two seasons.

This will be the first meeting between ETSU and Texas Tech. The Red Raiders played in the fall and spring during the 2020-21 academic year and went 9-13 and 5-11 in tough Big12 play.

Texas Tech is led by Head Coach Tony Graystone, who has over 500 career wins on file entering his 23rd year as a head coach and his sixth with the Red Raiders. This team is returning most of their statistical leaders from last season including Samantha Sanders (305 kills), Alex Kirby (715 assists), and Lindsey Dodson (18 aces).

This will be the fourth meeting between ETSU and Texas Tech, the most recent since 2006 in which the Bucs were victorious in a 3-1 match in Charlotte, N.C. The Wolfpack too played in the fall and spring this past academic year, going 8-9 in a strictly ACC schedule.

The Wolfpack lead the all-time series against ETSU 3-1.

The Volunteers and Buccaneers are frequent opponents, with their first meeting dating back to 1978. The Volunteers, led by coach Eve Watt, went 12-8 in a dual fall/spring schedule in SEC play.

In a conference that featured the 2020 National Champion Kentucky Wildcats, Tennessee finished second in the conference in digs and third in blocks. Senior Lily Felts is back after leading the Vols with 242 kills while posting 198 digs and 11 aces.

Tennessee swept the Bucs the last time these two squads faced off. The Volunteers lead the all-time series against ETSU 18-3.

The Bucs have won three straight season-openers, dating back to the 2017-18 season in which they defeated the Clemson Tigers 3-1 in Columbia, S.C. The Bucs have posted at least two wins in their season-opening tournaments in three of the last four seasons.