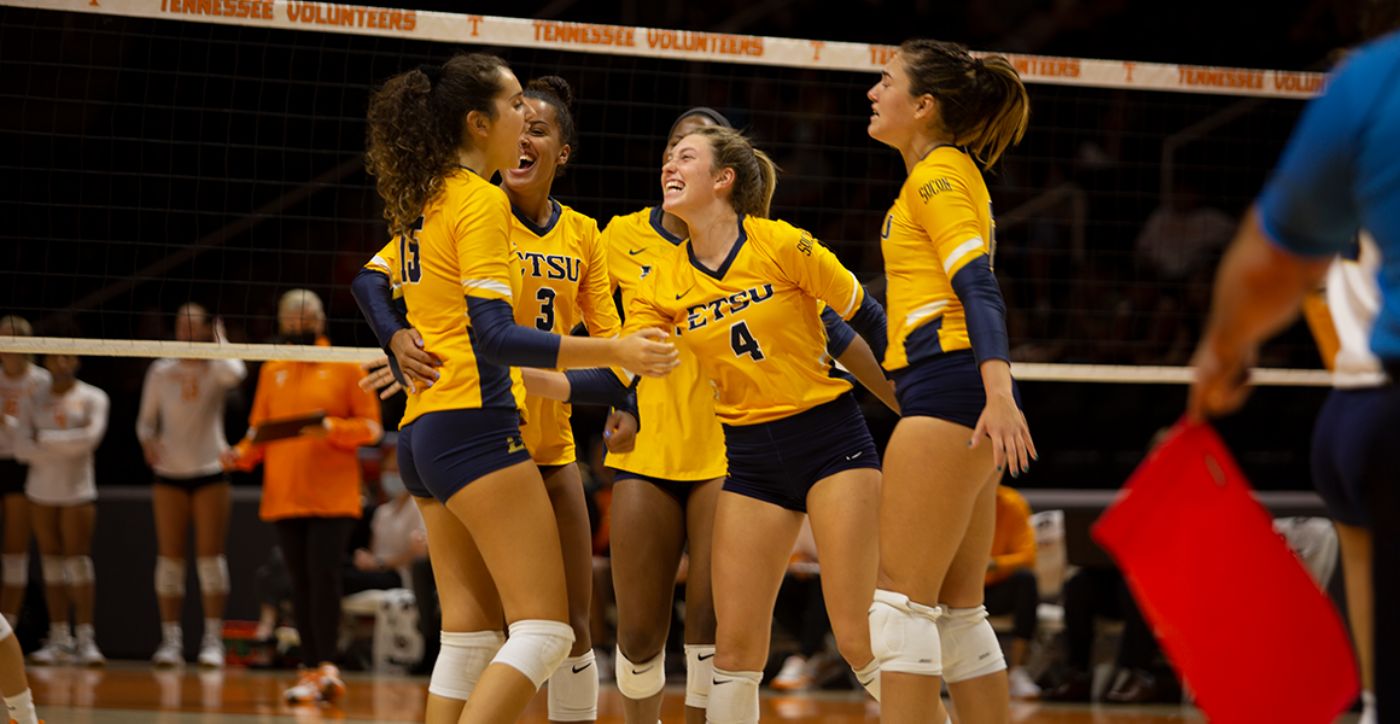 Set 1 (Tennessee, 25-12): The start of the match featured back-to-back 3-0 runs from both squads, but Tennessee found their rhythm shortly afterwards. An 8-0 run by the Vols late in the set secured this one for the Orange and White. The Bucs would tally just seven kills while Tennessee notched 19, the highest in each of the sets. Roberts was everywhere this set, pacing all players with eight digs. Lundyn Coffman (Nolensville, Tenn.) and Sara Esposito (Pianiga, Venezia, Italy) both recorded two block assists.

Set 2 (Tennessee, 25-16): Tennessee started this match on fire, jumping to a 9-4 lead. Aces from Roberts, Esposito, and Josannah Vazquez (Mansfield, Texas) trimmed the Vols lead, but their .368 hitting and 5 blocks were enough to take the second set. The Bucs out-killed the Volunteers 10-9 this set, getting help from Vazquez, Esposito, Coffman, Abbey Thomas (Goldsboro, N.C.), and Jenna Forster (Maryville, Tenn.). The Bucs hit a negative hitting percentage this set for the first time this season.

Set 3 (Tennessee, 25-14): Similar to the previous set, Tennessee started quick. This time, a 6-0 run after the Bucs took the first point of the set put the Vols in a comfortable position in the early stages. UT put things away with a kill and block to seal their second-straight sweep. ETSU recorded just six kills this set, their lowest to-date this season.

The Bucs are again on the road, this time in Boone, N.C. for the Black & Gold Challenge hosted by Appalachian State University. ETSU first plays Old Dominion on Friday, September 3rd at 10 a.m.