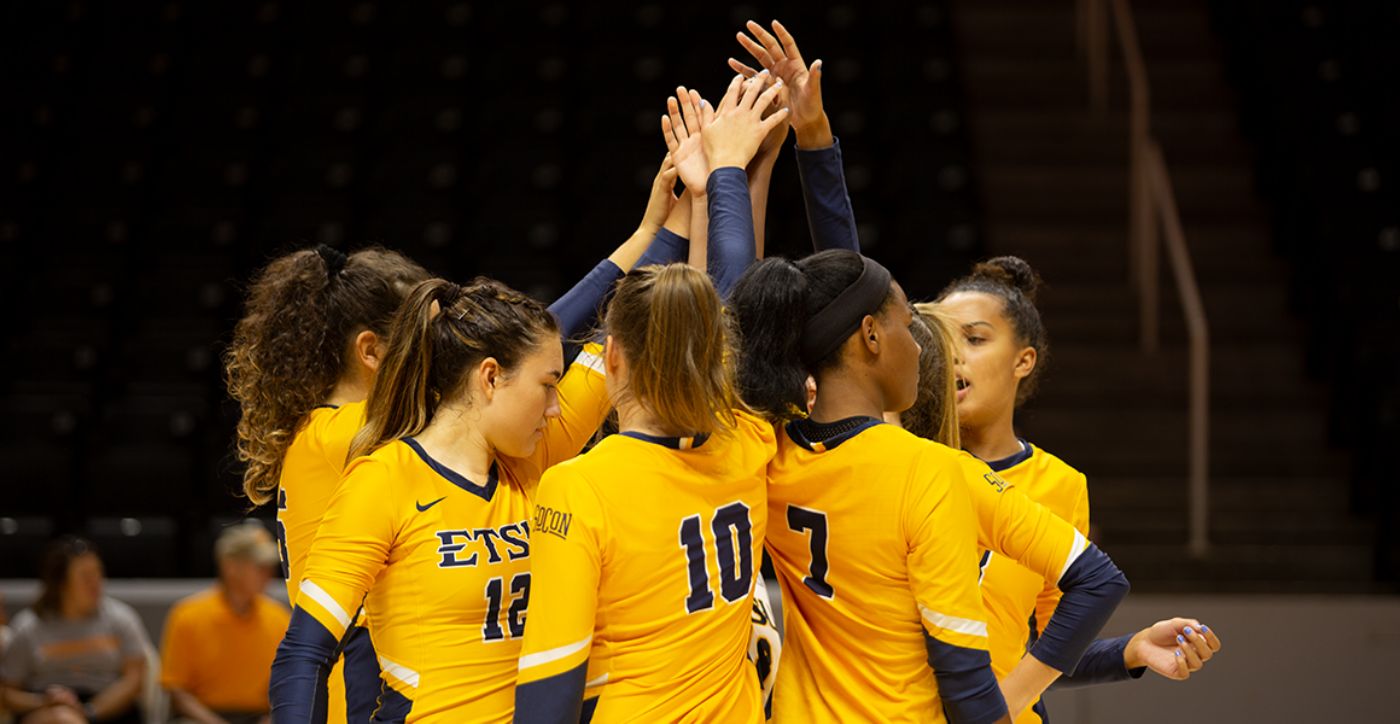 Set 1 (ETSU, 25-17): The Bucs got ahead early this set, with a 9-2 run highlighted by kills from Forster, Esposito, Vazquez, Caroline Dykes (Flower Mound, Texas), and a solo block from Asia Mattress (Mauldin, S.C.). ETSU got three aces from Forster, Dykes, and Taylor Roberts (Sneads, Fla.) to help finish the set. The last time the Mountaineers led this set was at the 4-3 mark, right before ETSU went on their run. The Bucs recorded 14 kills this set, with four coming from Esposito on .571 hitting. App State managed to hit just .065 with eight kills.

Set 2 (App State, 17-25): It was ETSU again that started early, but App State found their rhythm in the middle of the set thanks to a couple of aces and some ETSU attack errors. The Madison Baldridge show started for App State this set as she tallied five kills on seven attempts with no errors. Forster posted a similar line this set, with five kills on six attempts with no errors, but only two other Bucs recorded a kill this set. ETSU got another three aces from Esposito, Roberts, and Sydney Cherney (Knoxville, Tenn.).

Set 3 (App State, 25-19): The two squads kept it tight throughout this set, with six tied in the first half of the set, but a 10-4 run to finish the set put the Mountaineers in a 2-1 lead. Vazquez led the Bucs this set with three kills, but a perfect seven kills on seven attempts and no errors for Baldridge halted any ETSU comeback. The Bucs only managed eight kills this set and were hurt with seven attack errors.

Set 4 (App State, 25-19): The Mountaineers continued their theme of keeping a close lead over the Bucs until the end of the set, with a 12-3 run to end the set secured App State’s first win this weekend. Esposito was strong this set with seven kills on ten attempts and no errors. Similar to the second set, Forster and Vazquez joined Esposito as the only Bucs to record a kill. This was the second set this match the Bucs hit under .100 (.083 in the fourth, .038 in the third).

Jenkins’ Words: “We have a lot of growing to do as a team. We showed really good moments and then there were some times we did not show up,” Coach Jenkins said following this past weekend. “Despite the wins or losses, we will continue to grow and figure out lineups to prepare for conference play."

Up Next: The Bucs are set to play two matches against Winthrop next weekend, both in Rock Hill, S.C. The first match is Friday, Sept. 10th, with first serve set for 6 p.m.