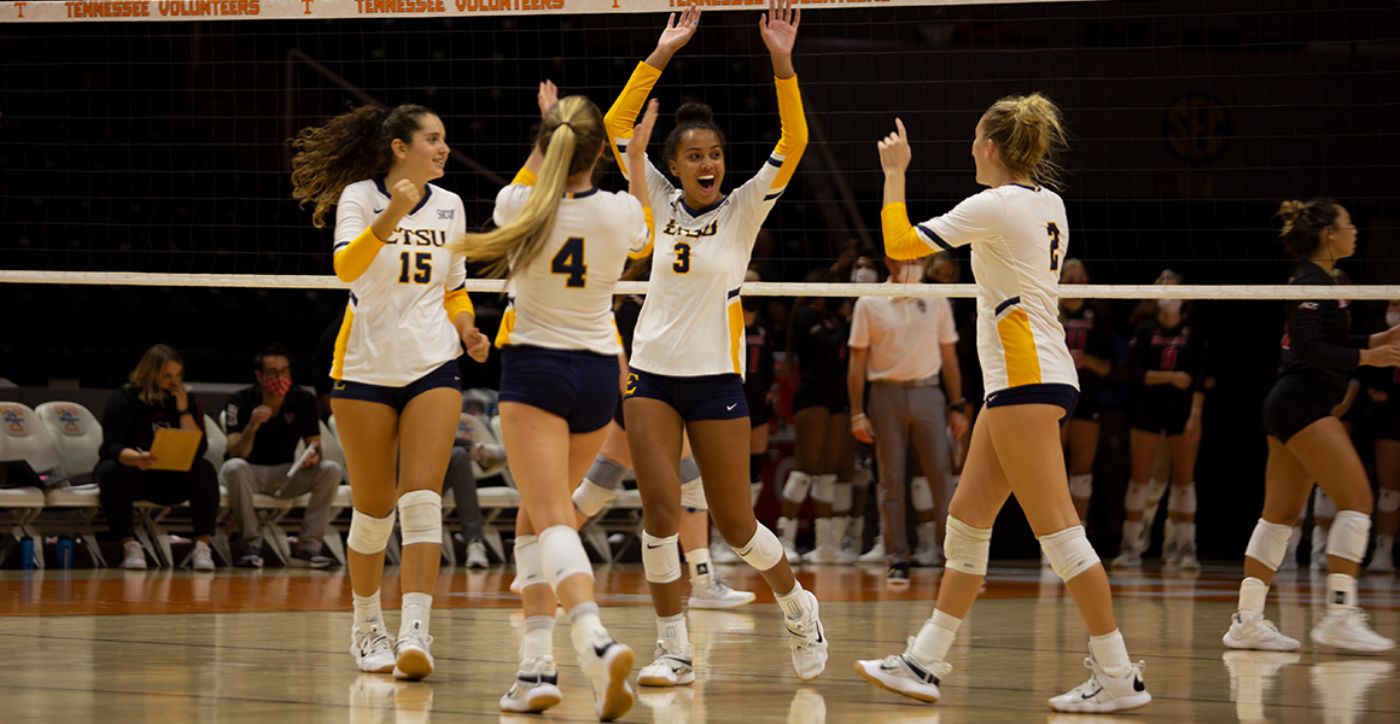 ETSU’s first match against the Eagles since 2010

JOHNSON CITY, Tenn. (Sept. 2, 2021) – The Bucs travel for the third weekend in a row to kick off the season, this time to the Palmetto state for two matched against the Winthrop Eagles. ETSU is looking to bounce back after a weekend in Boone against good competition. Winthrop, representing the Big South Conference, is two years removed from winning their conference regular season and the postseason tournament.

The Bucs went 1-2 again last weekend at the Black and Gold Challenge, bringing their overall record to 2-4 on the season. The Bucs started the weekend with a bang, dropping Old Dominion in four sets (25-19, 19-25, 25-21, 25-8). Josannah Vazquez (Mansfield, Texas) recorded a match-high 19 kills, while Lundyn Coffman (Nolensville, Tenn.) also added double-digit kills and six blocks. The Bucs would fall to Kansas City in straight sets (19-25, 23-25, 21-25) in their second match of the weekend. Jenna Forster (Maryville, Tenn.) led the match with 14 kills, but UMKC’s .304 hitting percentage and three players with 10+ kills gave them the victory. ETSU ended the weekend falling in four sets to host Appalachian State (25-17, 17-25, 19-25, 19-25) despite 12 kills from both Forster and Sara Esposito (Pianiga, Venezia, Italy). Around the conference, Vazquez is third in the SoCon in kills/set with 3.65 while the team ranks fourth in the conference with 11.95 kills/set.

The Eagles are an even .500 (3-3) on the season after tournaments in Athens, Ga., and Charlottesville, Va. Winthrop dropped their first match against #22 Pepperdine 3-1 before falling to Georgia and Morehead State to end their first weekend. The Eagles responded emphatically in their second weekend, only losing one set to William & Mary while sweeping Akron and host Virginia. In just his fourth season, Chuck Rey already holds back-to-back Big South Conference Coach of the Year (2018-19) after a perfect 14-0 in conference play in 2019. The Eagles are led individually by Morgan Bossley and Nikkia Benitez, who both lead the team in kills last spring and are continuing in that this season. Benitez is coming off a week being named Big South Volleyball Player of the Week, while teammate Leah Metzger was honored as the Libero of the Week. The two programs last met in 2010 in Statesboro, Ga., with the Bucs victorious 3-2. ETSU leads the all-time series 7-2.