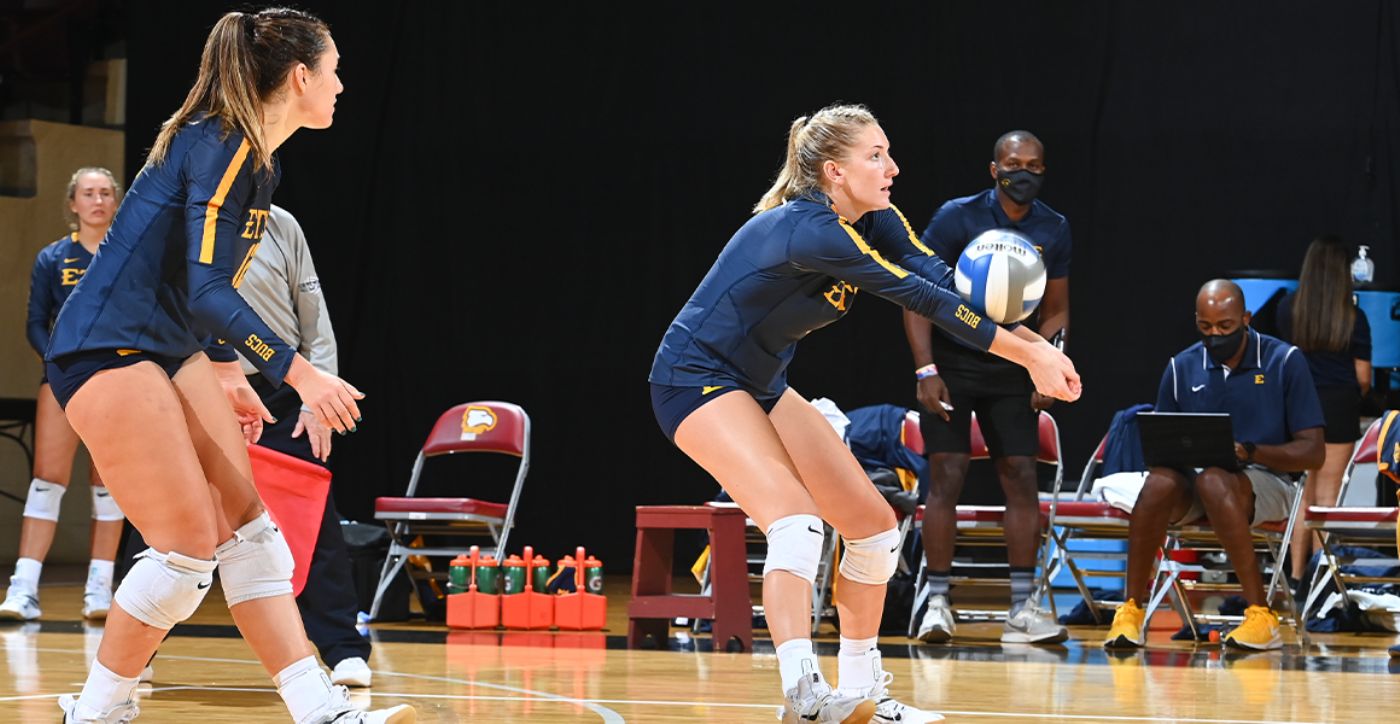 Set 1 (Winthrop, 25-20): Despite Winthrop getting the early lead, the two teams traded points during the middle of the set, but the Eagles rallied late with multiple 3-0 runs to take the first set. Winthrop recorded 19 kills compared to ETSU’s nine. Vazquez paced the Bucs at the end of this set with three kills, while Johnson and Lundyn Coffman (Nolensville, Tenn.) also contributed multiple kills. Winthrop hit .385 in the first set, their highest total in the match.

Set 2 (Winthrop, 25-22): ETSU started hot and fast, going on a 7-0 run to take a 9-1 lead before Winthrop would come back. Jenna Forster (Maryville, Tenn.) tallied three kills in that opening run, and the Bucs got some help with attack errors from Winthrop. The turning point of this set was a kill from Winthrop’s Morgan Bossler to tie the set at 12. The momentum shifted the Eagles’ way and they carried that momentum to the crucial 2-0 lead. It was a closer set statistically, with Winthrop recording 14 kills against ETSU’s 12. Forster, Johnson, Vazquez, and Sara Esposito (Pianiga, Venezia, Italy) each recorded multiple kills. Coffman and Vazquez combined for ETSU’s first block of the match.

Set 3 (Winthrop, 25-18): The Bucs took another lead early in the set, but Winthrop quickly responded and held to their lead to take the match. ETSU would record nine kills in a set for the second time tonight, hitting less than .100 in the last set as well. Winthrop spread the ball, with five players recording multiple kills to aid the Eagles’ .214 hitting percentage this set. Esposito and Coffman combined for the team’s second block of the afternoon.

The Bucs and Eagles are set for a second match this weekend tomorrow at 2:00 p.m. The match will be broadcasted on ESPN+.