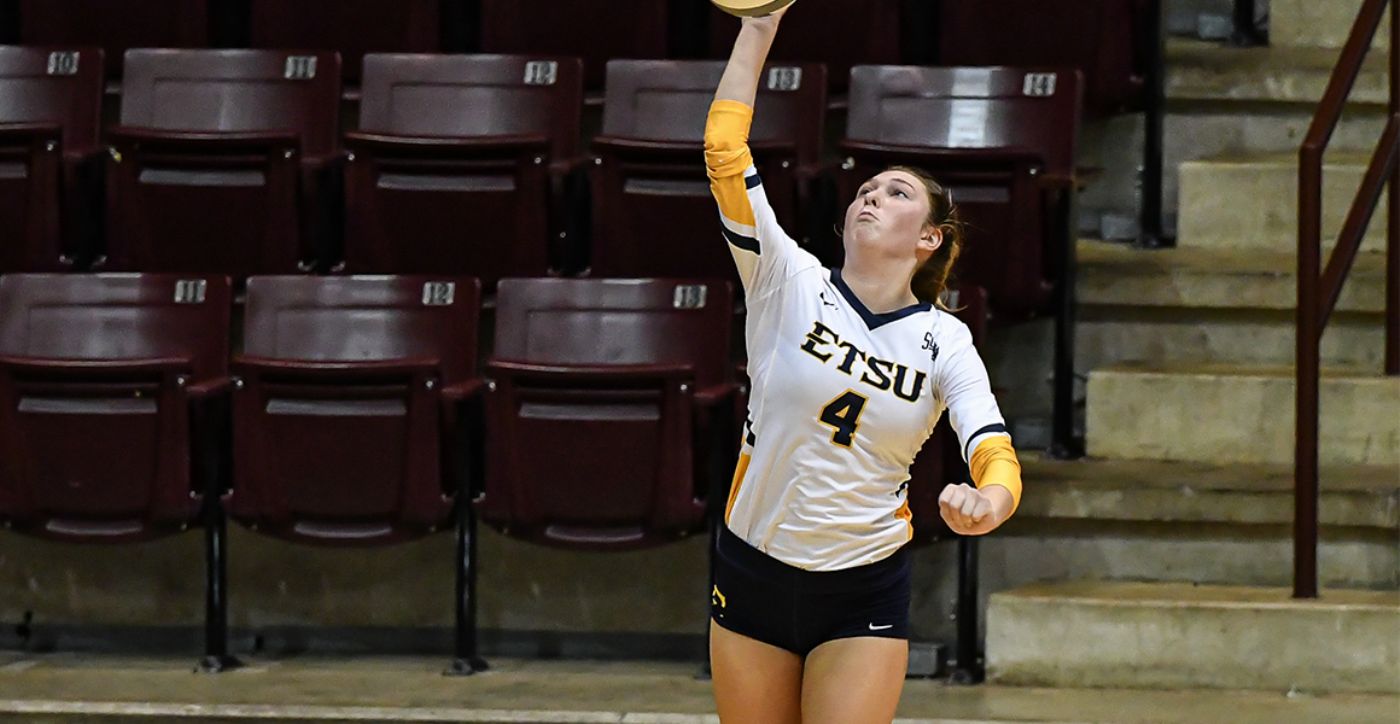 Dykes Tabbed Setter of the Week

Dykes delivered a pair of career performances over the weekend in Clemson, tallying a career-high 43 assists in the four-set loss to Rutgers. She followed up that match with 40 assists in the sweep over UNC-Asheville. She’s recorded 35+ assists in four straight matches and has 40+ in three thus far.

The Texas native was consistent on the defensive side, posting a pair of double-doubles over the weekend to increase her total to six on the season. Her six double-doubles on the season lead the team and are most than any Buc recorded last season. She notched two blocks in the match against Clemson to increase her season total to eight. Dykes is second on the team in digs with 105.

This is the first conference weekly award that ETSU has been awarded this season. It’s the first since Emily Arnold won Setter of the Week in mid-March.

The Bucs start conference play this Friday in their home opener against Western Carolina. First serve is set for 6 p.m. The match is broadcasted on ESPN+.