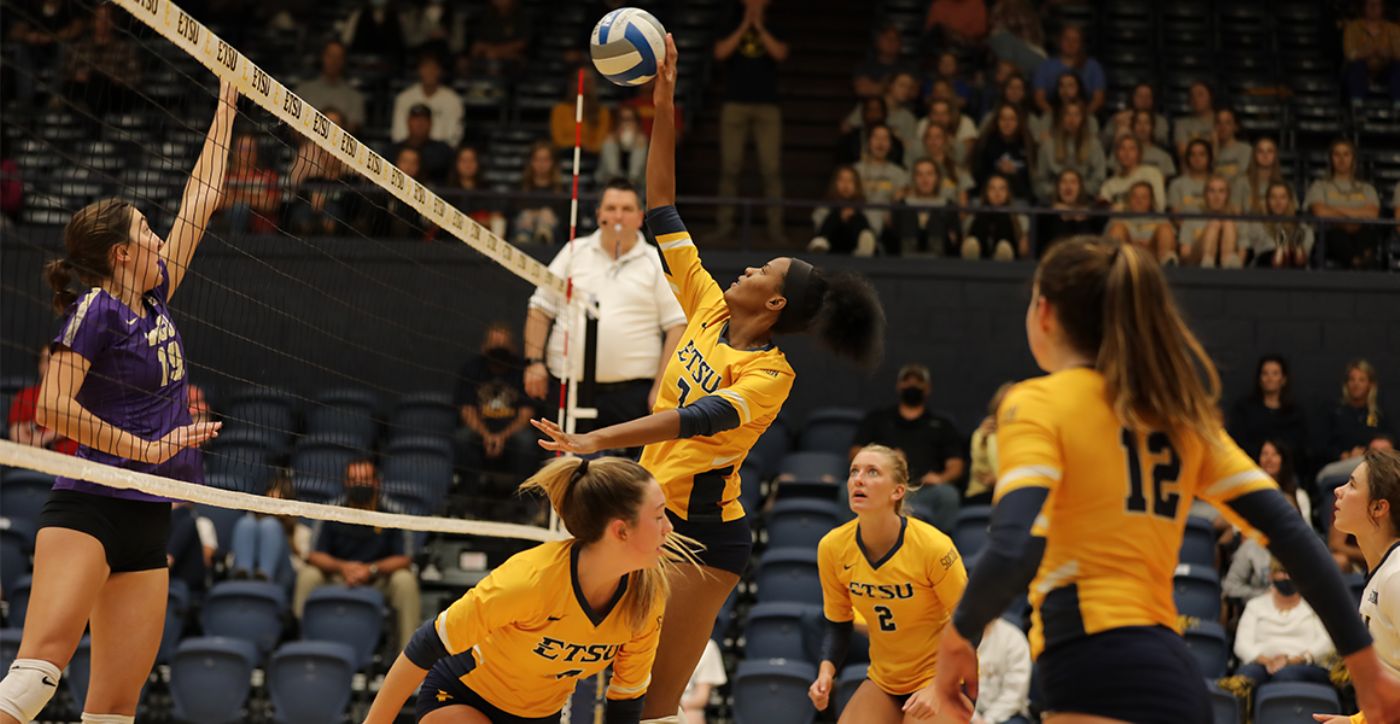 Set 1 (WCU, 25-23): Both teams got off to a slow start, each hitting under .100 in the set. It was Western that got the early lead, but aces from Taylor Roberts (Sneads, Fla.) and Lundyn Coffman (Nolensville, Tenn.) got the set tied at 13. An 8-2 run late in the set and ETSU was in a great spot to take the first, but some timely kills from the Catamounts allowed them to take the lead late and steal the first. Josannah Vazquez (Mansfield, Texas) lead all players with five kills on eight attempts with no errors. Western Carolina’s Destinee Dorsey posted a whopping 10 digs in the first set, en route to a match-high 20.

Set 2 (WCU, 25-19): A quick run from Dorsey’s serves allowed the Catamounts to take the early lead, but another Coffman ace and some help from Abbey Thomas (Goldsboro, N.C.) and Vazquez on the defensive end made it close. But Western’s Merry Gebel and Julia Gardon combined for five kills in the last few points of the match to go up two sets. Both Vazquez and Coffman put up three kills in the set, while Jenna Forster (Maryville, Tenn.) posted a solo block. Both teams were still not hitting well, as Western managed just .235 to ETSU’s .194.

Set 3 (WCU, 30-28): As the score describes, this was a set with 21 tie points and eight lead changes. It started close and it stayed that way through six different set/match points before Western sealed the sweep. At 23-23, ETSU was able to get a kill from Sara Esposito (Pianiga, Venezia, Italy) and a block from Vazquez and Chloe Dupuis (Poquoson, Va.) to take the first set point, but Gebel answered with a kill to tie. The two squads would trade kills until an ace from the Catamounts put them in their first match point of the set. Vazquez would answer with her 12th kill of the match, and Thomas and Ally Johnson (Rogers, Minn.) would also contribute to keeping Western at bay, but a Catamount block sealed any comeback from the Bucs. Caroline Dykes (Flower Mound, Texas) spread the ball to seven different Bucs players en route to her 13 assists in the set. She’d finish with a match-high 34. Roberts, Vazquez, Coffman, and Haley Sanders (Brentwood, Tenn.) each tallied three digs each, with the former two tallying double-digit digs for the match.

The Bucs continue their conference homestand tomorrow afternoon against UNCG. First serve is set for 4 p.m.