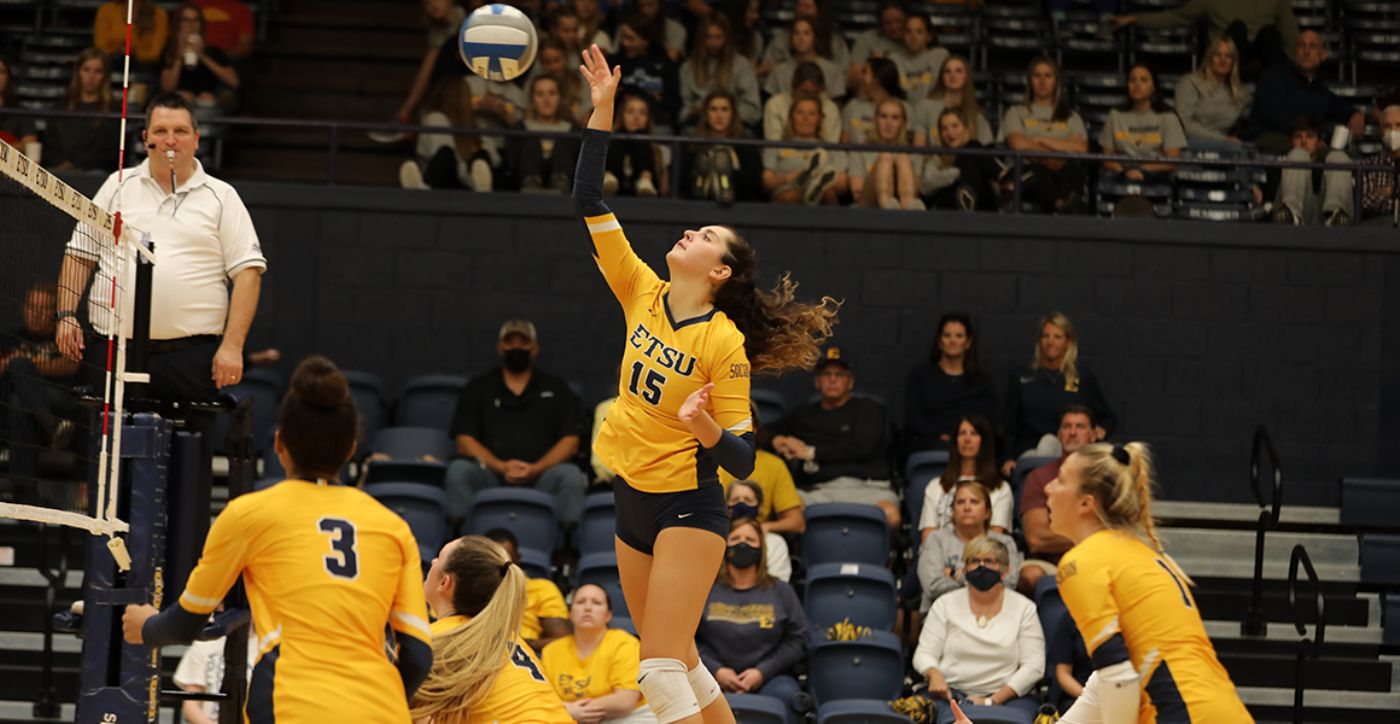 First weekly award for the senior

Yesterday, Esposito notched a career-high 22 kills, the most by an ETSU player since Cunningham’s 30-kill performance against UNCG in the spring. This is the second time Sara has recorded 20+ kills in a match as both have come against The Citadel. In her last three matches against the Bulldogs, Esposito has 58 kills, averaging 19 per match and just over 4.83 kills/set.

Saturday’s match against Furman was just as impressive for the senior, tallying a then season-high 15 kills on .278 hitting. Esposito has now posted 14+ kills in three straight matches and has double-digit kills in eight of her last ten matches. Her 37 kills over the weekend increase her season total to 155.

It is the third overall accolade, and first weekly award, for the senior from Italy. She was nominated to the all-tournament team in 2019 and made the All-SoCon Second Team in the spring after leading the team in kills with 164. In her four-year career, she has 647 kills and 170 blocks.

It is the third weekly award for the Bucs in as many weeks, with setter Caroline Dykes (Flower Mound, Texas) taking back-to-back setter of the week awards. This is the first Offensive Player of the Week since Olivia Cunningham (Knoxville, Tenn.) won the award after her record-breaking 30 kill performance against UNCG in the spring. It is the fifth overall Offensive Player of the Week award in the Jenkins era.

The Bucs welcome preseason-favorite Samford Bulldogs to Brooks Gym on Thursday, Oct. 7th. First serve is set for 6:05 p.m. The match will be broadcasted on ESPN+.