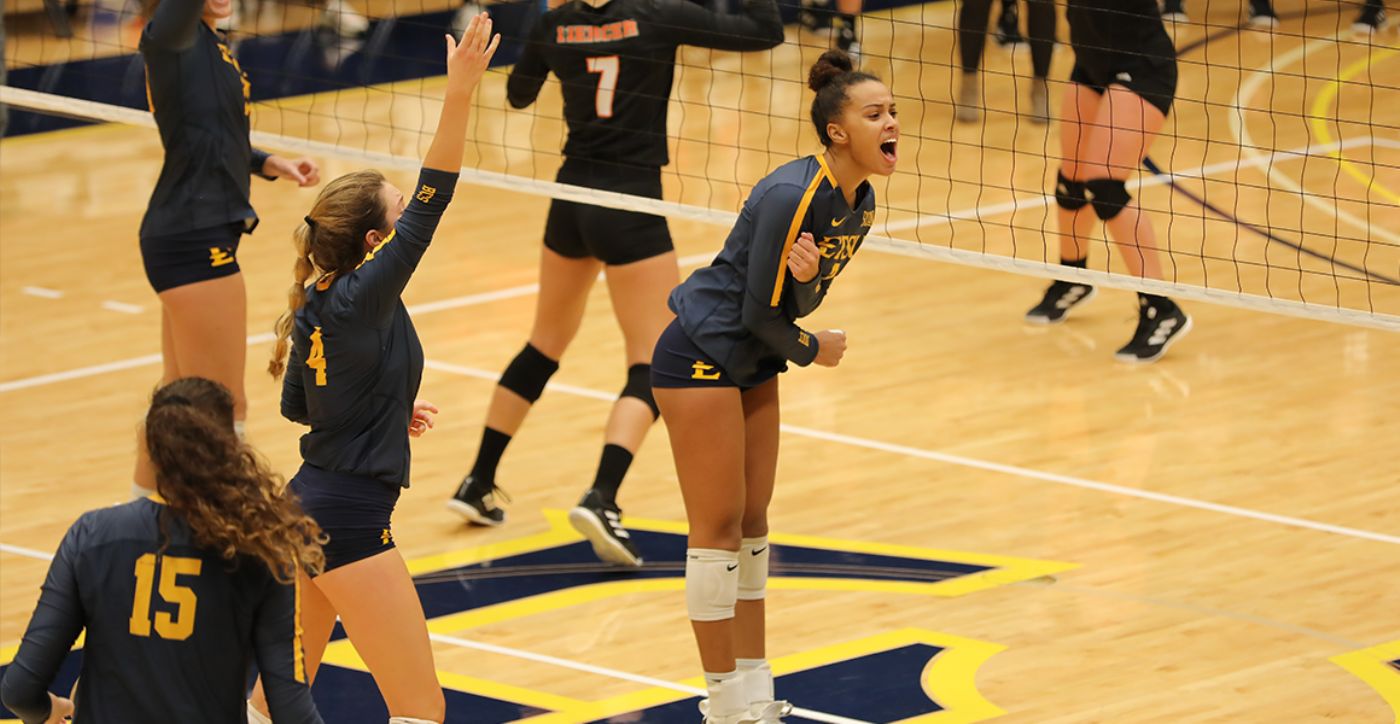 ETSU hit under .100 for the first time since Tennessee

JOHNSON CITY, Tenn. (Oct. 8, 2021) – With both teams looking to keep up with UNCG atop the SoCon standings, ETSU fell to Mercer in straight sets (24-26, 17-25, 17-25) as the Bears rode their defense and 39 kills to victory. Sara Esposito (Pianiga, Venezia, Italy) lead the team with 13 kills, her fifth straight with 13+, while Lundyn Coffman (Nolensville, Tenn.) provided sparks throughout the match with her seven kills and three blocks.

Set 1 (MER, 26-24): A set that seemed as close as the score showed, each team finished with nearly similar statistics but Mercer stole set point away with a couple of kills. Neither team had any substantial lead going into the media timeout, and the trend continued afterward up until Mercer called the first timeout when ETSU was up 20-18. Coffman and Esposito continued to be the Bucs offense, while Samantha Shafer (Franklin, Tenn.) carried two clutch kills towards the end to set up set point for the Bucs, but Mercer eventually would come away with it. Both teams hit .220 with 16 kills and two blocks, but Mercer got the upper hand with an ace and one less service error. Caroline Dykes (Flower Mound, Texas) recorded ten of ETSU’s 16 assists in the set. Esposito finished the set with six kills to pace all players.

Set 2 (MER, 25-17): The Bucs got ahead early with aces from Dykes and Josannah Vazquez (Mansfield, Texas), but Mercer swung the set with an 8-2 run to take the lead. A few attack errors from Mercer allowed ETSU to stay close, but an eventual 11-4 run to end the set put Mercer up 2-0. Neither team hit particularly well, as it was Mercer’s seven blocks in the set that held ETSU’s offense to hitting negative for the first time since the Tennessee match. The Bears outpaced the Bucs in kills, assists, and blocks. Esposito increased her match total to nine after the second set.

Set 3 (MER, 25-17): Mercer got back on top of the set to start as Esposito and Coffman got the first few points for the Bucs. The two squads traded some errors before Mercer would take an ace and four kills into a six-point lead. Coffman and Jenna Forster (Maryville, Tenn.) were able to tally a few kills themselves to cut the deficit, but the Bears went on a run of their own to lead by as many as nine. The former pair would again hold off Mercer in match point, but reigning SoCon Defensive Player of the Week Rayanne de Oliveira ended the match with two kills herself. Both Coffman and Esposito would finish with four kills in the set, as Dykes had all nine of ETSU’s assists. ETSU managed 10 kills compared to Mercer’s 16 on a match-high .353 hitting.

The Bucs face another midweek clash against Chattanooga at home on Tuesday, Oct. 12th. First serve is set for 6:00 p.m. The match will be broadcasted on ESPN+.