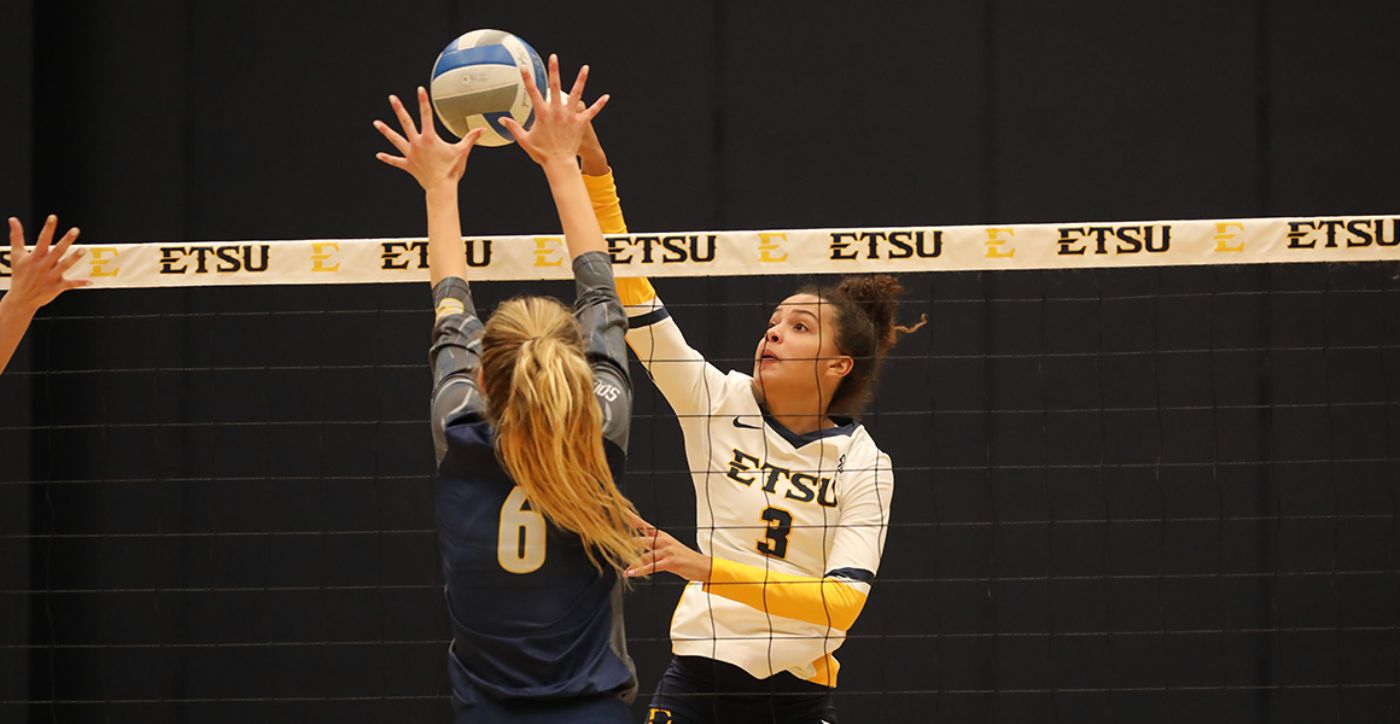 ETSU had 11 aces, most all season

JOHNSON CITY, Tenn. (Oct. 12, 2021) – Looking to get back over .500 in conference play, ETSU took advantage of 11 aces to sweep Chattanooga (25-19, 25-22, 25-20). The Bucs’ 11 aces are the most since recording 13 in a four-set loss against Samford in the spring. Sara Esposito (Pianiga, Venezia, Italy) recorded four of those aces while Josannah Vazquez (Mansfield, Texas) contributed three, which is now a career-high.

Set 1 (ETSU, 25-19): The Bucs shot out of a cannon to start this set, taking the first ten points with kills from Esposito, Lundyn Coffman (Nolensville, Tenn.), and Samantha Shafer (Franklin, Tenn.). Vazquez also added in back-to-back aces as part of her three for the match during the scoring run. The Mocs would get some points back and make it a five-point deficit into ETSU’s first timeout of the set. The Bucs would get kills from Coffman, Jenna Forster (Maryville, Tenn.), and Abbey Thomas (Goldsboro, N.C.) to halt any comeback from the Mocs. The trio of Coffman, Esposito, and Shafer recorded four kills apiece while Shafer added a solo block. ETSU hit .268 and held Chattanooga to a .116 hitting percentage. Taylor Roberts (Sneads, Fla.) and Caroline Dykes (Flower Mound, Texas) were everywhere on the defensive end with the Florida native nabbing eight digs and the freshman added seven herself.

Set 2 (ETSU, 25-22): The aces continued early for the Bucs, as Esposito mustered up three straight after Dykes started the set with one as the Bucs took a 9-3 lead early. ETSU kept their lead consistent as Forster and Thomas provided the majority of the offense this set until Chattanooga got five straight kills while ETSU had set point, but an attack error from the Mocs put the Bucs up two sets. Esposito was part of a different trio to record four kills this set, joining Forster and Thomas as the Bucs put up 16 kills. The squad combined for 12 kills on 23 attempts and no errors. Chattanooga’s Maia Rackel led the set with five kills on eight attempts. Roberts posted another seven digs in the set to put her total for the match at 14 through two sets.

Set 3 (ETSU, 25-20): It was Chattanooga that got the early hand, but more aces from Roberts and Haley Sanders (Brentwood, Tenn.) got the Bucs tied. Shortly after, Vazquez added her third ace of the match to put the Bucs up two going into the media timeout. Esposito put up her fourth ace of the match the rally after the timeout and got some offensive assistance from Forster and Shafer before Coffman took the final two points of the match with a kill and an ace. ETSU managed just ten kills, but they were able to get help with five aces and three blocks, including two solos from Coffman. Both teams hit under .200 this set.

ETSU gets a couple days off before travelling to Spartanburg, S.C., for a matchup with the Wofford Terriers. First serve is set for 7 p.m.