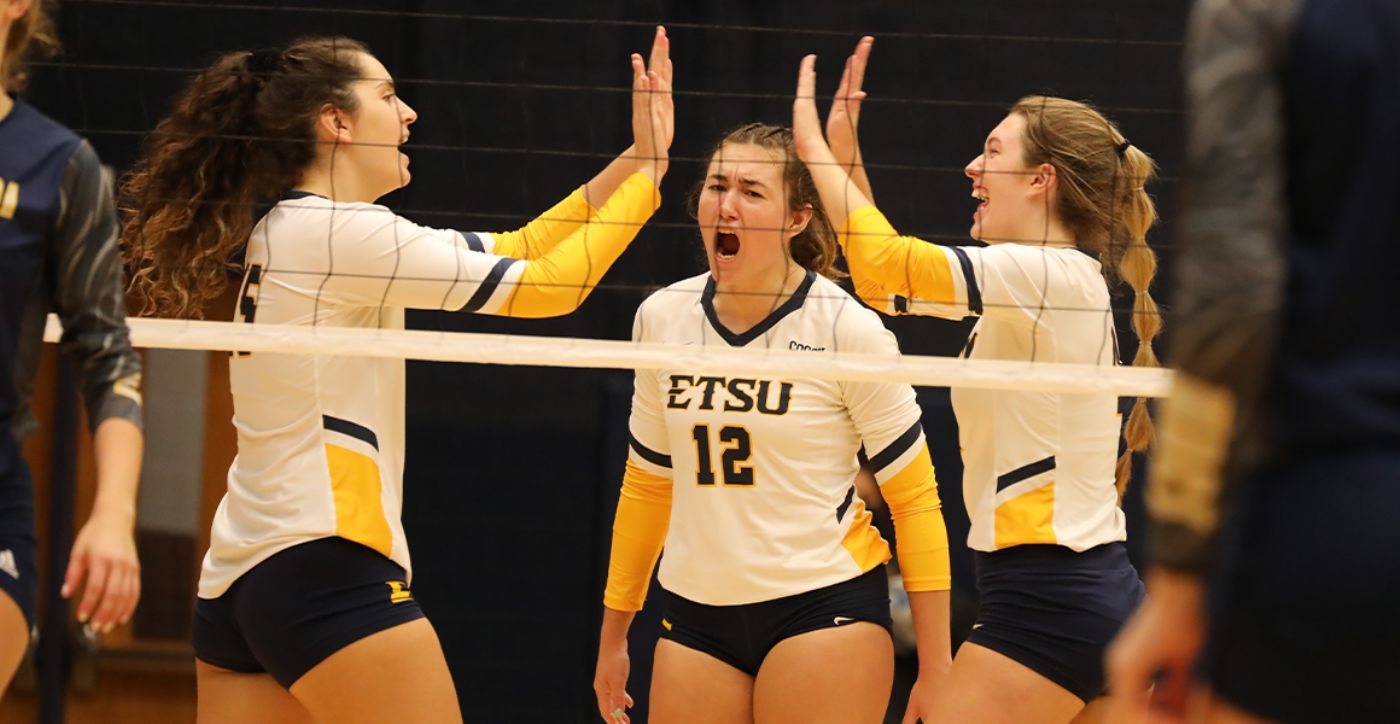 Wofford swept the series in the abbreviated spring season

JOHNSON CITY, Tenn. (Oct. 15, 2021) – After ETSU’s longest homestand of the season came to an end Tuesday against Chattanooga, ETSU looks to head back to South Carolina with a showdown against Wofford. The Terriers won both matches in Spartanburg in the spring after an injury-riddled start to the season. ETSU is 3-2 in their last five matches at Wofford, leading the all-time series 25-8.

The Bucs have found a hot streak of their own since dropping the first two conference matches of the season. ETSU is 4-1 in their last five matches, with their lone loss coming to Mercer. Over those matches, ETSU is averaging 13.17 kills/set on .202 hitting. The Bucs also have 30 aces over this stretch thanks to a season-high 11 in the win over Chattanooga. Defensively, ETSU is averaging 17.72 digs/set and just under two blocks/set. Individually, Sara Esposito (Pianiga, Venezia, Italy) has hit her stride with 74 kills (14.8 kills/match) on .298 hitting. Esposito now leads the team with 192 kills and Josannah Vazquez (Mansfield, Texas) is shortly behind her with 191. With all the attention going to Esposito, setters Caroline Dykes (Flower Mound, Texas) and Anna Mayer (Franklin, Tenn.) have done their part spreading the ball around. Defensively, both Lundyn Coffman (Nolensville, Tenn.) and Abbey Thomas (Goldsboro, N.C.) have notched 15 blocks in this stretch, with Coffman leading the team with 56 on the season. Coffman has also enjoyed a career-high 10 solo blocks this season, with her previous season-best set at eight during her freshman season. Among the conference, ETSU still ranks second in kills/set (12.95) and assists/set (11.94) and fourth in digs/set (16.08). Esposito and Vazquez both represent the Bucs in the top-10 in kills/set with 3.10 and 3.08, respectively. The Bucs are one of three teams in the conference that boast such a statistic, joining Furman and Samford.

Similar to what we’ve see around the conference, Wofford was tasked with a difficult non-conference schedule that featured North Florida, NC State, UNC and Virginia Tech. An 8-10 (2-4 SoCon) record going into the weekend, Wofford picked up crucial wins against Western Carolina last weekend and on the road against Mercer, the Bears’ only conference loss thus far. The Terriers went 10-7 (10-6 SoCon) in the spring season last season, falling to Samford in the semifinals.