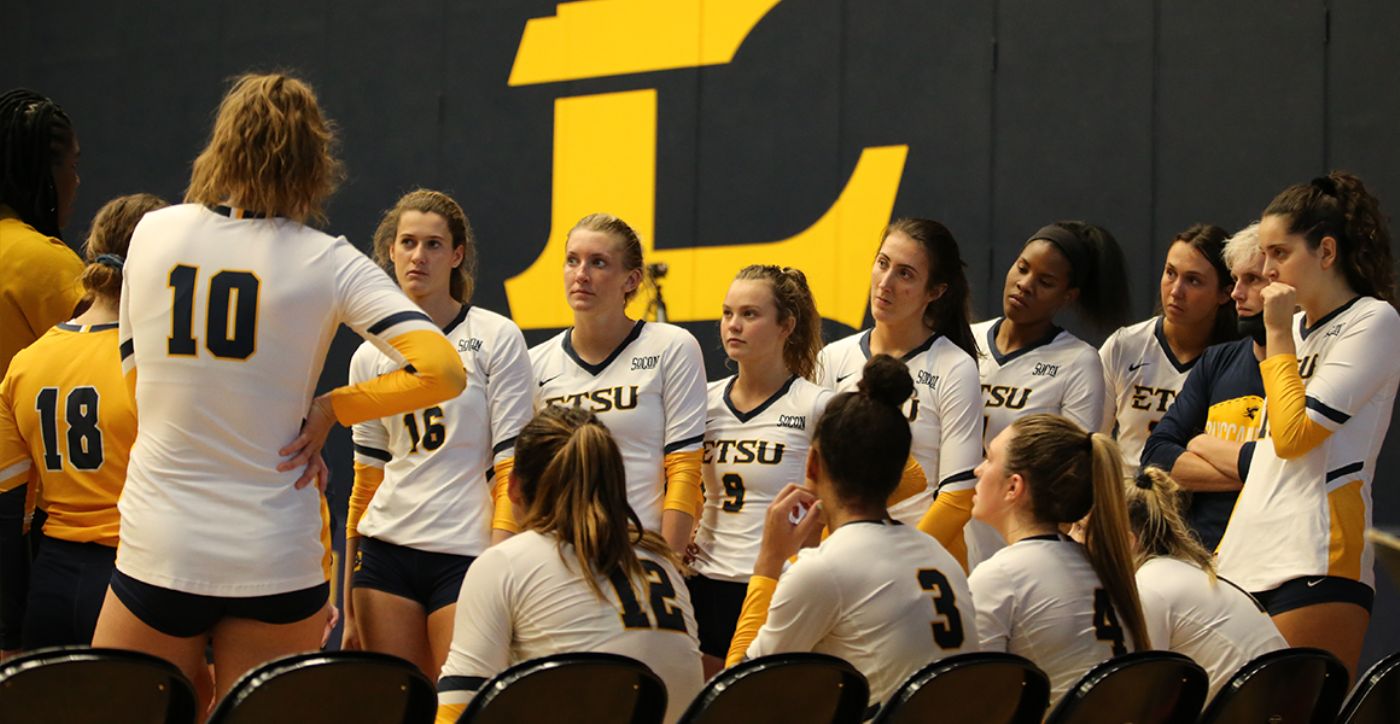 Set 1 (UNCG, 26-24): The Bucs got off to a scorching start thanks to five kills from Sara Esposito (Pianiga, Venezia, Italy) in ETSU’s first seven points. Josannah Vazquez (Mansfield, Texas) and Lundyn Coffman (Nolensville, Tenn.) pitched in on offense and took a 17-10 lead to force UNCG’s final timeout of the set. The teams would continue to trade points up to ETSU’s first set point opportunity at 24-21, but the Spartans rallied five straight points backed by an ace and three kills to flip the momentum and take the crucial first set. Esposito finished the set with a team-high six kills, with Vazquez right behind her at five. ETSU hit .229 with 16 kills. Both teams finished with two blocks, as Asia Mattress (Mauldin, S.C.) was part of both blocks.

Set 2 (UNCG, 25-22): The set stayed fairly close with the Bucs getting offensive production from Vazquez, Esposito, and Samantha Shafer (Franklin, Tenn.) up through the media timeout. The Bucs were able to get some points from a Caroline Dykes (Flower Mound, Texas) ace and a couple of errors from the Spartans, but UNCG held the Bucs off with a few kills and blocks of their own. The trio aforementioned were the only three Bucs to record a kill, with Esposito tallying seven, Vazquez taking six, and Shafer finishing it off with one. ETSU did hit .191 with 14 kills, but UNCG was ahead with one more kill on .227 hitting.

Set 3 (UNCG, 25-17): This was UNCG’s set from the beginning, jumping out to a 10-4 lead early on some blocks, ETSU ball handling errors, and some kills. The Bucs were able to cut the lead to as little as three with kills from Esposito and Vazquez, who also recorded an ace during ETSU’s scoring rally. The Spartans were able to capitalize on some ETSU errors, eventually ending the match on back-to-back blocks. ETSU had just nine kills and eight errors, compared to UNCG’s 13 kills with four errors. The Spartans also posted five blocks, two of which were solo. Taylor Roberts (Sneads, Fla.) was everywhere on defense, tallying seven digs to increase her match total to 15.

Bucs come back home next weekend to host Furman and The Citadel. The Bucs will look to take the season series on both, starting with the Paladins on Friday, Oct. 29th. First serve is scheduled for 6 p.m. The match is scheduled to be on ESPN+.