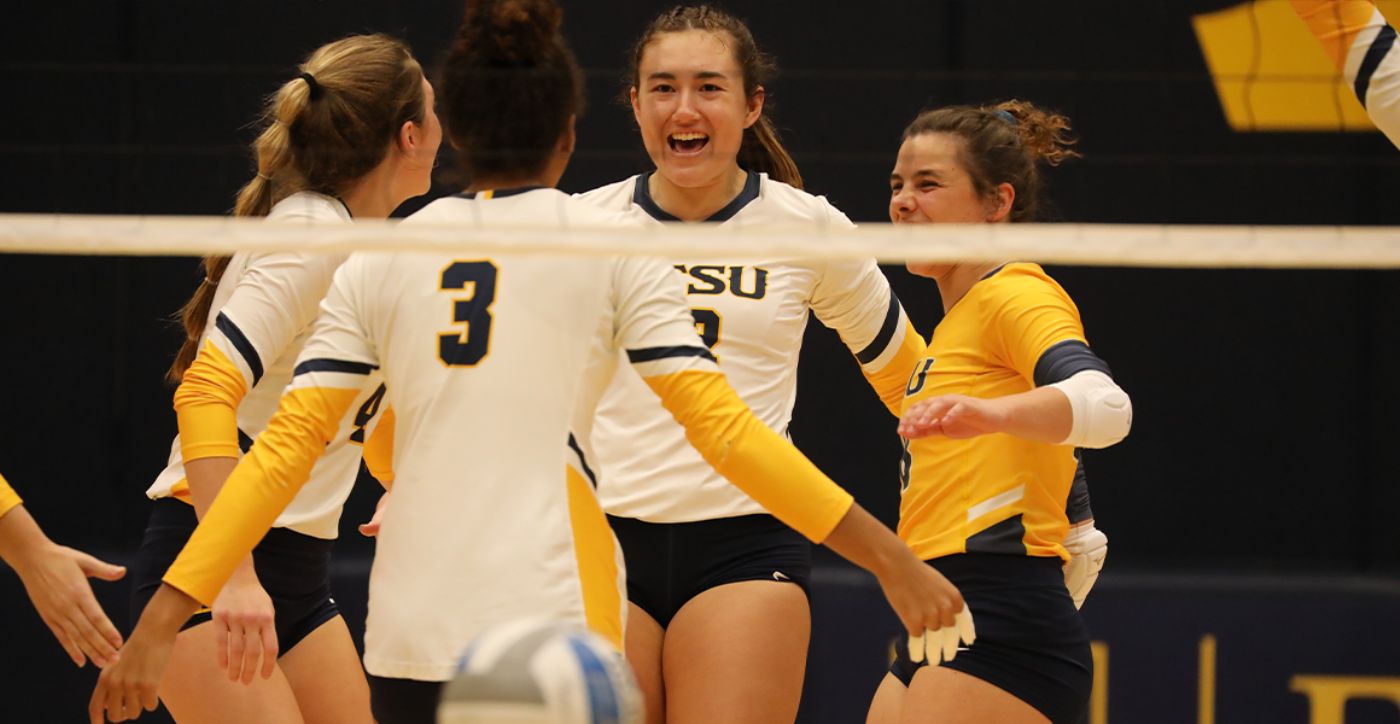 Set 1 (ETSU, 25-14): Lundyn Coffman (Nolensville, Tenn.) got the offense going with two early kills but shortly after, Josannah Vazquez (Mansfield, Texas) took over. Starting at 4-4, the graduate student would record ETSU’s next five points, all via the kill. Sara Esposito (Pianiga, Venezia, Italy) and Samantha Shafer (Franklin, Tenn.) would both tally a few kills before Shafer went back-to-back to take a three-point lead into the media timeout. After that, it was all ETSU. The Bucs would go on a 10-2 run with some Furman errors and kills from Vazquez and Asia Mattress (Mauldin, S.C.) to make an opening-set statement. The Bucs offense churned out 17 kills, nine of which from Vazquez, on .341 hitting. Caroline Dykes (Flower Mound, Texas) dished the ball all over, recording 15 assists. On the defensive end, Taylor Roberts (Sneads, Fla.) was nearly everywhere on the court, tallying a set high 10 digs. Every ETSU player to enter the first set recorded a dig.

Set 2 (ETSU, 25-15): Picking up right where they left off, the Bucs got off to a 7-1 lead thanks to aces from Dykes and Vazquez and the match’s first block from Coffman and Esposito. However, Furman made it interesting with some kills and blocks of their own to cut that lead to as small as three before Furman had back-to-back attack errors. ETSU’s offense continued to produce kills from Coffman, Esposito, and Vazquez to maintain a marginal lead all the way to the end. Neither offense played well this set with ETSU posting 12 kills on .136 hitting, but ETSU was able to hold Furman to -.051 hitting with six kills and eight errors. Esposito lead the team with four kills this set, while Vazquez added three herself.

Set 3 (ETSU, 25-17): The Bucs started the same way they did the last set, with a couple of aces and kills from Coffman and Shafer to take a six-point lead as Furman called their first timeout. The Paladins were able to cut that lead minimally, but Esposito and Coffman notched some kills of their own to keep Furman at bay as Vazquez finished off the Paladins. The Bucs offense bounced back in this set, hitting .379 with 13 kills and just two errors. Abbey Thomas (Goldsboro, N.C.), Dykes, and Coffman each added a kill as Vazquez lead the team with four this set. Furman’s offense finally came alive in this set, with 12 kills and three errors for a .346 hitting percentage. Opposite to their previous meeting, ETSU recorded just two blocks in the match, one of which came from Thomas and Vazquez during this set.

The Bucs continue their home weekend against The Citadel tomorrow afternoon. First serve is scheduled for 3 p.m. The match is scheduled to be on ESPN+.