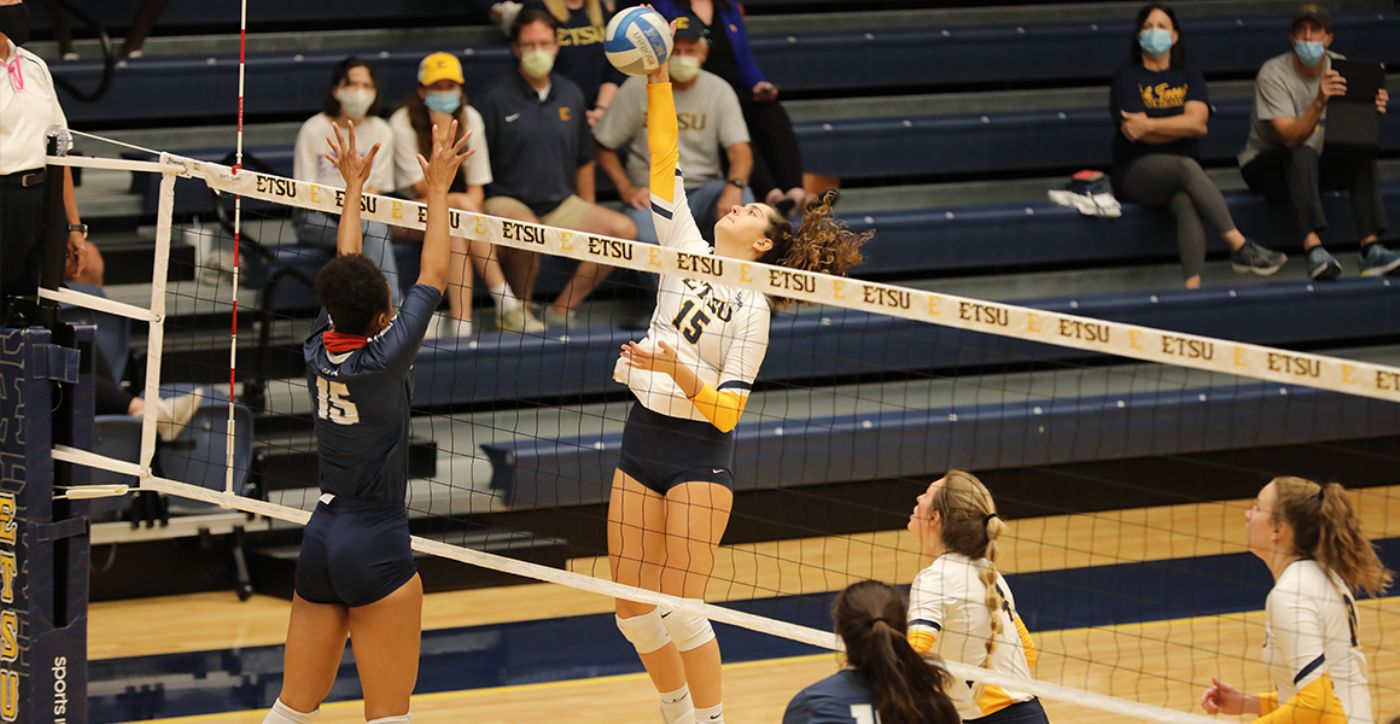 JOHNSON CITY, Tenn. (Nov. 4, 2021) – A weekend in the south awaits ETSU as conference play ramps up for the Southern Conference. The Bucs will travel to Birmingham to face the preseason-favorite Samford Bulldogs before coming back to Macon and taking on the conference-leading Mercer Bears. ETSU split the home weekend against these two opponents last month.

A weekend that saw ETSU’s first five-set match of the season, the Bucs are coming in hot off a weekend knocking down Furman in three sets and The Citadel in five. ETSU (11-12, 7-5 SoCon) still have won four of their last six matches entering the last four regular-season matches. The Bucs swept the season series against Furman and The Citadel for the second time in three years. The Bucs went 2-2 against their last four opponents, picking up wins against Samford and Chattanooga while falling to Mercer and Wofford. During the 2-0 weekend, Josannah Vazquez (Mansfield, Texas) and Sara Esposito (Pianiga, Venezia, Italy) continued their offensive dominance as both averaged over 3.3 kills/set. Vazquez tallied 16 in the win over Furman while Esposito put up 19 in the thriller over The Citadel. The two lead the team in kills with Vazquez sitting at 262 and Esposito at 255. Caroline Dykes (Flower Mound, Texas) has consistently stayed ETSU’s top setter, posting two double-doubles this weekend to increase her season total to 15. Her 15 double-doubles this season are the most by a true freshman in the last decade. Dykes enters the weekend with 730 assists and 253 digs, the latter of which is good for second on the team. Defensively, the Bucs have rallied behind the play of Taylor Roberts (Sneads, Fla.) and Haley Sanders (Brentwood, Tenn.). The two have been catalysts in keeping balls alive and putting their offense in a better chance to win points. Roberts has enjoyed a career year after three seasons at Florida State, coming into the weekend with 344 digs and 4.30 digs/set. Sanders sits fourth on the team with 143 digs and 1.86 digs/set. Lundyn Coffman (Nolensville, Tenn.) has also enjoyed a career year, leading the Bucs with 14 solo blocks. Coming off a match with three solo blocks, Coffman has two career games as such, both of which coming against The Citadel. Coffman has also added 18 aces this season, a career-high. ETSU still sits second in the conference in assists/set (11.96) and third in aces/set in conference-only matches (1.56).

Originally tabbed as the preseason favorite, Samford has found their footing over the last few weekends, also winning their last two matches against Western Carolina and UNCG at home. Samford is in the midst of a five-game homestand that ends on Nov. 10th against conference-leading Mercer. Samford welcomes Chattanooga on Saturday.

Going 9-1 in the month of October, the Mercer Bears have placed themselves firmly at the top of the conference standings with a two-game lead over UNCG. The Bears have won nine of the last ten sets, coming off a sweep over Western Carolina and a four-set win against UNCG. Mercer is 8-1 at home this season.