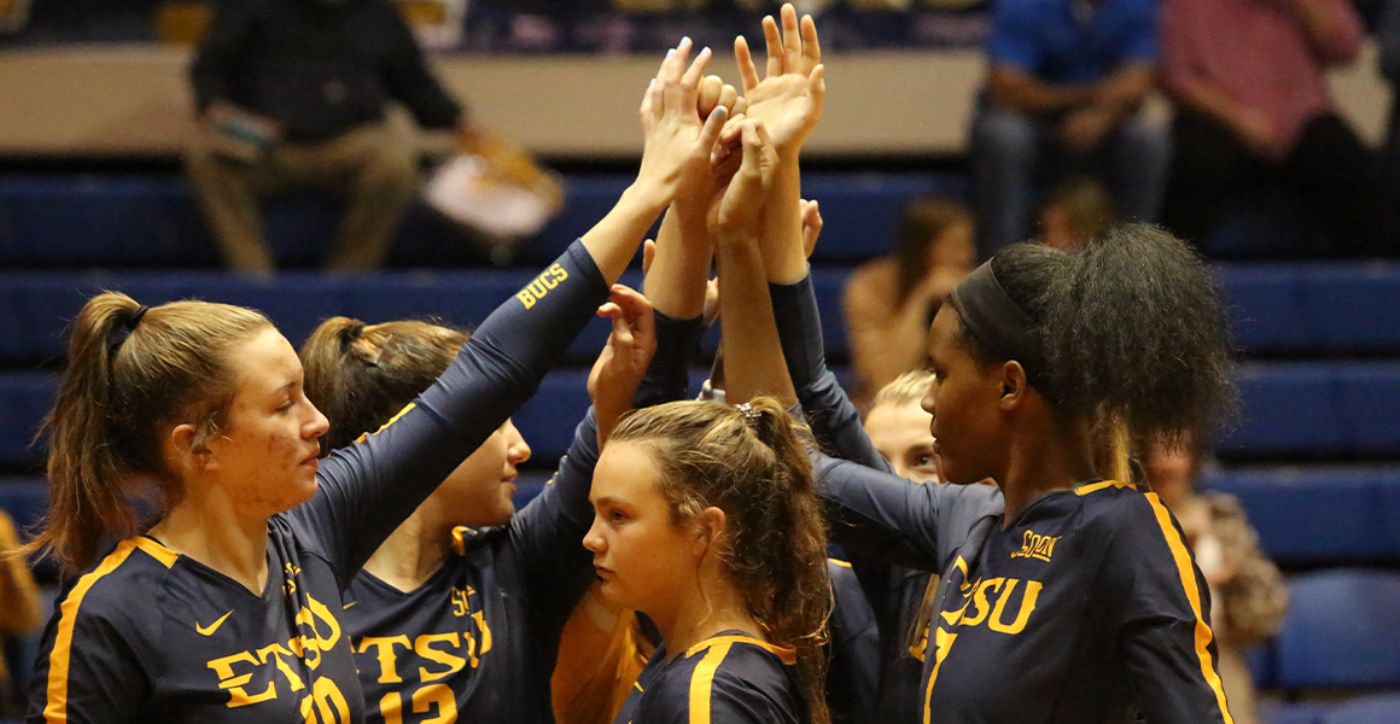 Wofford swept ETSU in the last meeting in Spartanburg

JOHNSON CITY, Tenn. (Nov. 11, 2021) – After a heartbreaking five-set loss against the Mocs Tuesday night, the Bucs close out the regular season at home tomorrow night against the Wofford Terriers in Brooks Gym. Wofford has won the last three meetings, including a season sweep in the spring 2021 season.

The Bucs ended their last multi-game road trip of the regular season on Tuesday in Chattanooga, dropping a tough five-setter to the Mocs. ETSU (11-15, 7-8 SoCon) now has one final regular-season opportunity against the Wofford Terriers, a team fighting for the #3 seed in the conference tournament. Coming into the weekend, Furman is the only team in the conference that cannot change seeds after Mercer fell to Samford last night in straight sets. The Bucs offense has continued to run through the combo of Josannah Vazquez (Mansfield, Texas) and Sara Esposito (Pianiga, Venezia, Italy). Vazquez posted 19 kills in the five-set loss to Chattanooga, putting her over 300 kills for the season. Esposito sits 16 kills away from her second 300-kill season in her four-year career. Tuesday saw the ignited and purposeful Jenna Forster (Maryville, Tenn.) get better as the match went on, finishing with 17 kills in the loss to Chattanooga. 11 of the sophomore’s 17 kills came in the last two sets. Freshman phenom Caroline Dykes (Flower Mound, Texas) has continued to put up big numbers for the Bucs offensively and defensively. Dykes leads the team with 827 assists and 8.99 assists/set, good for sixth in the conference in both categories. Dykes posted a career-high 51 assists in the loss against UNCG, the highest mark for a freshman setter in the conference this season. The freshman also has 17 double-doubles this season, the most by a true freshman in the last decade. She has the fourth-most double-doubles in a season, behind ETSU Volleyball legend Megan Devine’s 22 set her senior year. Dykes is second on the team in digs behind Florida State transfer Taylor Roberts (Sneads, Fla.), who has been the starting libero all season. Roberts has enjoyed a career year, tallying 399 digs and 4.34 digs/set thus far, more than she put up in her three seasons down in Tallahassee. Vazquez joins the trio as the only three Bucs to have more than 200 digs this season. The Bucs rank fourth in the conference with 16.38 digs/set. At the net, Lundyn Coffman (Nolensville, Tenn.) has also seen a career year, putting up 14 solo blocks and 20 aces. The junior had nine solo blocks and four aces in her career entering this season. ETSU still sits second in the conference in assists/set (12.44) and fourth in digs/set in conference-only matches (17.31).

After starting the conference schedule 1-4, the Terriers have found a rhythm, winning seven of their last nine to put themselves in the driver seat of the middle of the conference standings. The Terriers are coming off two five-set thrillers, downing Western Carolina but falling to UNCG. Wofford’s Sarah Barham sits third in the conference in hitting percentage (.297). The Terriers end their season in Chattanooga Saturday night.

Wofford swept ETSU in their first meeting this season as the Terriers hit .314 in the match with 37 kills and just 10 errors. The Terriers posted four more aces than the Bucs and doubled their block count for the match. Samantha Shafer (Franklin, Tenn.) led the Bucs with eight kills on .350 hitting, and no Buccaneer recorded double-digit digs. The Terriers have swept the Bucs in the last two meetings, but the Bucs lead the all-time series 25-9.