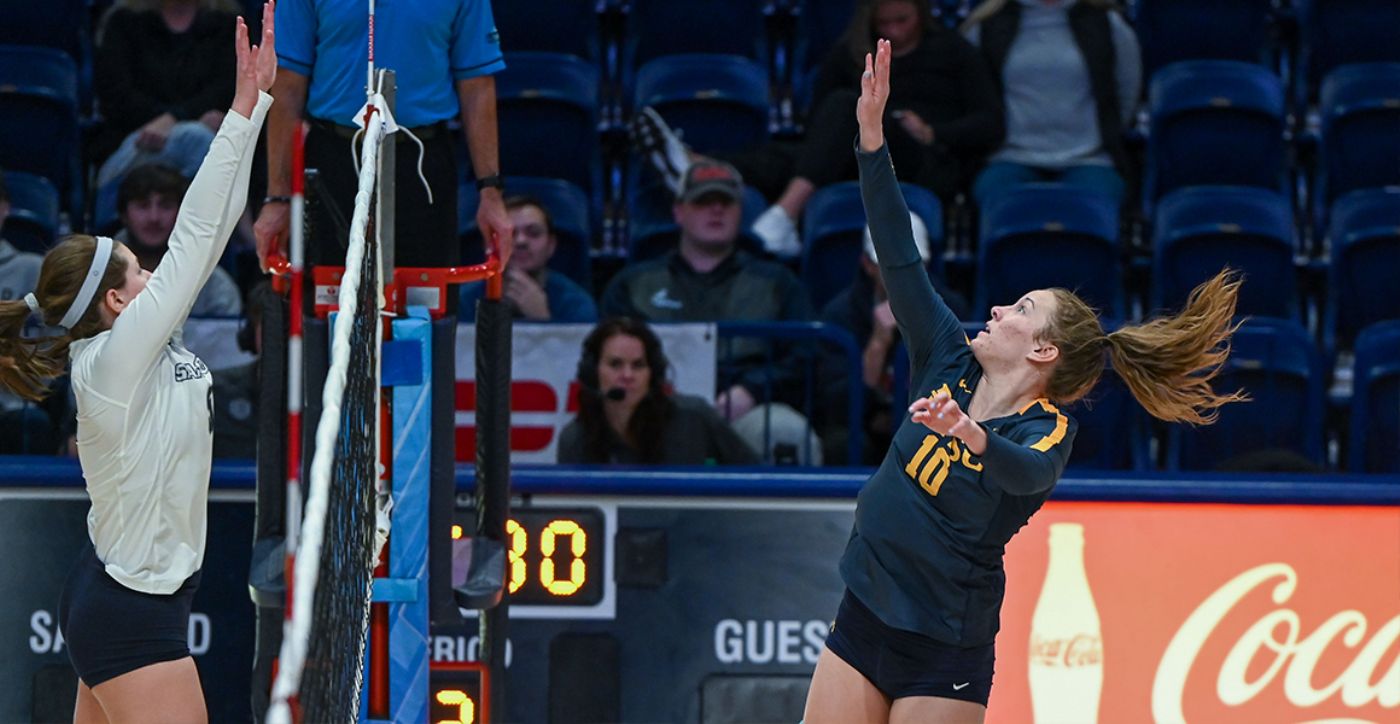 BIRMINGHAM, Ala. (Nov. 19, 2021) – A pair of surprising upsets fueled the first three matches of the day in the 2021 SoCon Volleyball Tournament Quarterfinal round, but the #6 seed Bucs couldn’t continue the trend, falling to the #3 seed Bulldogs in straight sets (17-25, 9-25, 18-25). The Bucs season ends on a five-match losing streak.

Set 1 (SAM, 25-17): The Bucs got the first point of the set with a block by Abbey Thomas (Goldsboro, N.C.) before the Bulldogs would snag the next. Sara Esposito (Pianiga, Venezia, Italy) and Josannah Vazquez (Mansfield, Texas) added a pair of kills to keep the Bucs in the set as no team really pulled away from each other despite efficient hitting from Samford. The Bulldogs would take back to back points on an ace and ETSU attack errors to take a 17-13 lead, and it was all Samford the rest of the set. Jenna Forster (Maryville, Tenn.) provided the last bit of ETSU offense before Samford grabbed the final five points to take the first set. ETSU recorded just ten kills on .121 hitting, while Samford notched 15 on .355 hitting. Vazquez led the Bucs with four kills while Thomas and Esposito each added a pair.

Set 2 (SAM, 25-9): The second set started in similar fashion, with Asia Mattress (Mauldin, S.C.) and Vazquez combining for the block, but Samford took the next five points to build on their previous set. The Bucs would get some help with some Samford attack errors to keep the set close, but a 10-2 run right in the heart of the set broke things open for the Bulldogs. A similar performance from Samford, the Bulldogs notched 15 kills on .353 hitting. ETSU was held to a negative hitting percentage with four kills and nine errors. This was the first 25-point set all season that ETSU didn’t reach double-digit points. Thomas recorded a pair of kills again, and accounted for half of ETSU’s kills this set. The Bucs still managed to out block Samford this set, 3-2.

Set 3 (SAM, 25-18): The third time a set has started with a block, except it was Samford that recorded it. Chloe Dupuis (Poquoson, Va.) and Forster added a few kills to take a slight lead, but the Bulldogs go on a 7-0 run to force ETSU’s first timeout before the media at the 15-point mark. The two would trade a few points, but the Bucs would get back into it with the same two finding the floor. Taylor Roberts (Sneads, Fla.) would add an ace to give ETSU some momentum in the heart of the set. The Bucs were able to tie the set three separate times, but the Bulldogs eventually went on a 9-2 run to put away the Bucs. The Bucs recorded nine kills in the set, with Forster and Dupuis each accounting for three.