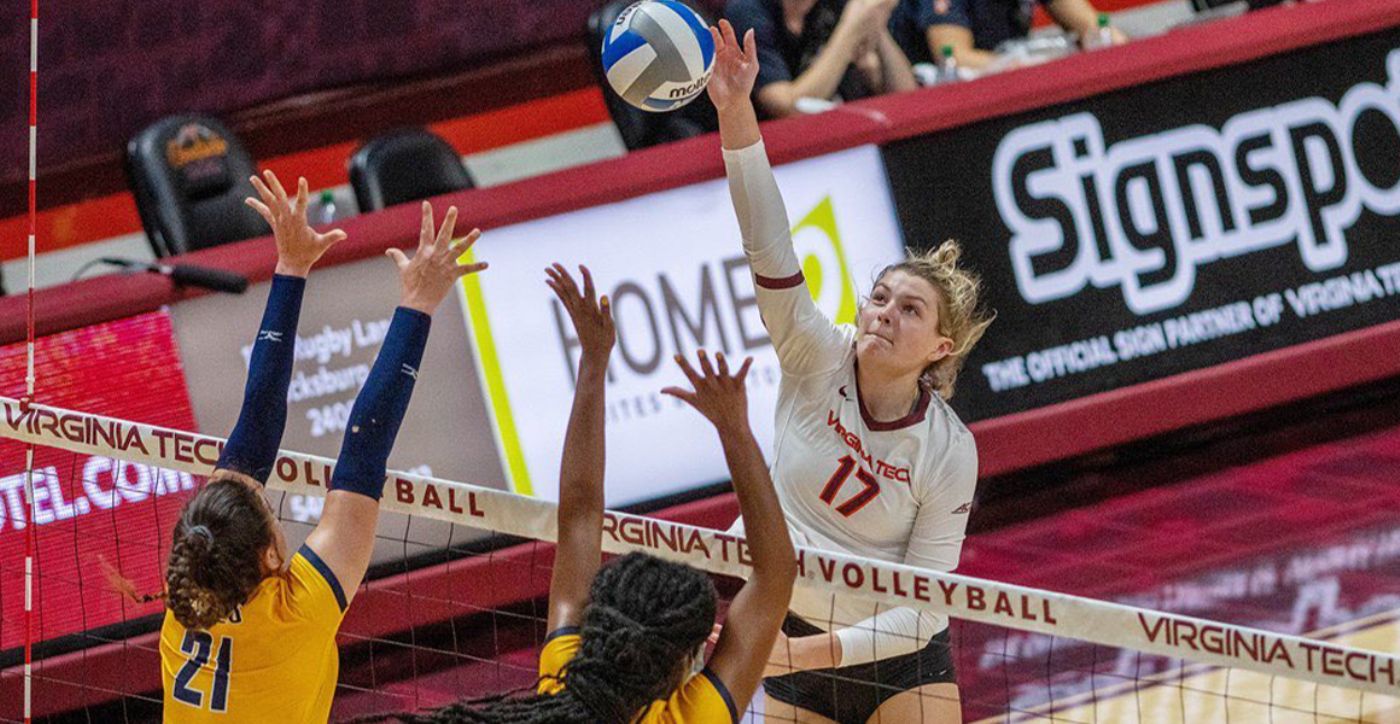 Lowe, a 6’2 outside hitter, will put on the Blue & Gold after one season over in Blacksburg, where she also went to high school.

“ETSU is the best fit for Amanda,” said Jenkins. “Her entire family has passed through and she’s no stranger to Johnson City. Amanda will create her own legacy in academics and athletics. She will be fun to watch and a great addition to our family.”

“I knew ETSU was the right place for me!” said Lowe. “I was looking for a place that combined diverse academic programs, strong athletic traditions, a campus with a vibrant local community, and most importantly a supportive environment where I could grow as a player and a person. Once I stepped on campus, I felt an instant connection to the area, with the coaching staff, and players. I am extremely thankful for this opportunity and super excited to begin my new chapter as a proud ETSU Buccaneer!”

Lowe, the 2021 Gatorade Virginia Volleyball Player of the Year, appeared in 10 matches and 27 sets with five match starts for the Hokies. Lowe ended her freshman season with 54 kills, 11 digs, and 19 blocks. Lowe posted a season-high 11 kills on .688 hitting against SoCon foe Wofford on September 17, and followed that performance with a 10-kill, .692 hitting against George Mason a few hours later. Lowe added a season-high five block day in a three-set win against Tennessee Tech.

Lowe was a four-year varsity letterwinner at Blacksburg High School, reaching the VHSL 4A semifinals all four years (2017, 2018, 2019, 2020). Lowe was named All-State First Team in 2019 and 2020. Lowe finished her high school career with 1,378 career kills, reaching the thousand-kill mark in her third season.