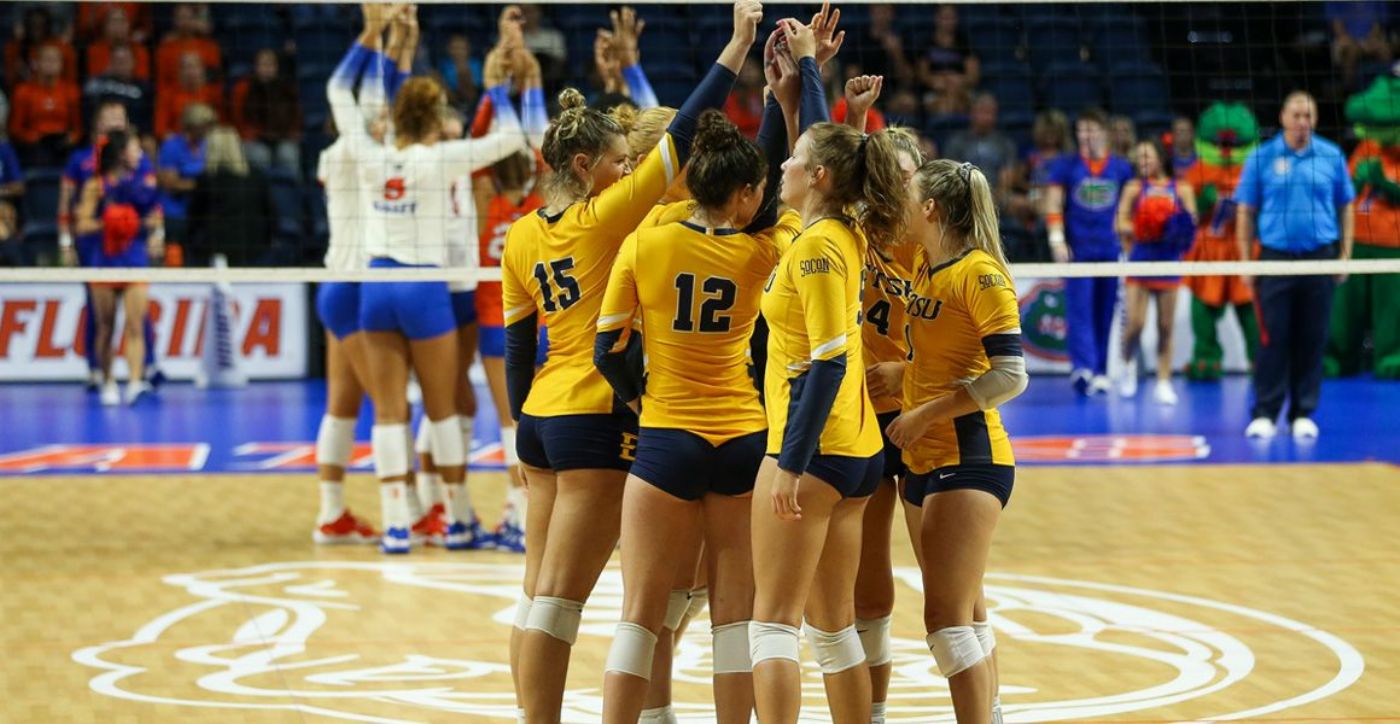 DURHAM, N.C. (Sept. 2, 2022) – The ETSU volleyball team is still searching for its first win of the season after the Buccaneers dropped a pair of four-set matches to Duke and Northeastern on the opening day of the Duke Invitational Tournament Friday inside Cameron Indoor Stadium.

After never taking the lead in the opening set, the Bucs scored the first three points of the second and led 11-4 following a kill by Lundyn Coffman (Nolensville, Tenn.). Unfortunately, Duke won 10 of the next 12 points to go up 14-13 – and after the Bucs regained a 20-19 lead – the Blue Devils won the next six points to complete the comeback. From there, ETSU used an 11-3 run in the third set to build a five-point advantage (14-9) and the Blue and Gold kept the match alive with a 25-20 victory. In the fourth, ETSU won the first point of the frame, but Duke rattled off 13 of the next 16 points and went on to win, 25-14.

With the win, Duke – who defeated ETSU for the first time in program history – improved to 2-2. The Blue Devils were led by Gracie Johnson and Rachel Richardson as they combined for 27 kills, 14 digs, six aces and three blocks.

In the nightcap, the teams played two tightly contested matches in the first two sets as Northeastern captured the opener, 25-23, before ETSU answered with a 25-23 win of its own in the second. Then, in the third set, the Huskies won 10 of the first 11 points and never looked back en route to recording a 25-8 victory. ETSU was never able to take the lead in the fourth, as the closest the Bucs would get was pulling even at 10-10. Northeastern went on to win the next four points – and after the Bucs inched within two (19-17) – the Huskies scored six of the final eight points to end the match.

Northeastern, who won both of its matches on Friday, had three players total double-digit kills, including Nailah Jenkins hitting .526 (12-2-19).

The Bucs look to secure their first win on Saturday when ETSU concludes play in Durham against East Carolina at Noon.