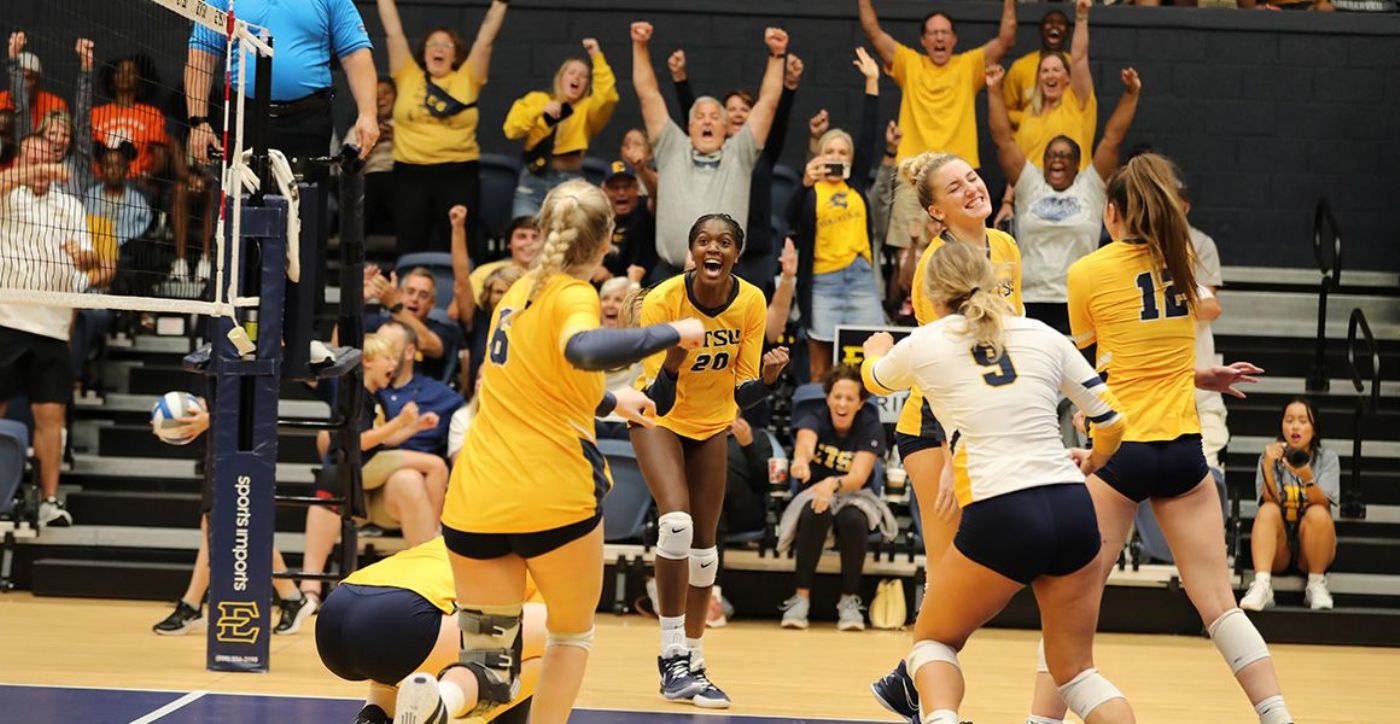 CLARKSVILLE, Tenn. (Sept. 15, 2022) – Coming off a sweep at the Buccaneer Classic, the ETSU volleyball team looks to carry momentum into its final non-conference tournament of the season as the Buccaneers head to Clarksville for the Stacheville Challenge, which gets underway Friday morning inside the Dunn Center.

The Bucs turn their attention to SoCon play as ETSU hosts preseason favorite Wofford next Friday inside Brooks Gym … First serve is slated for 7 p.m.