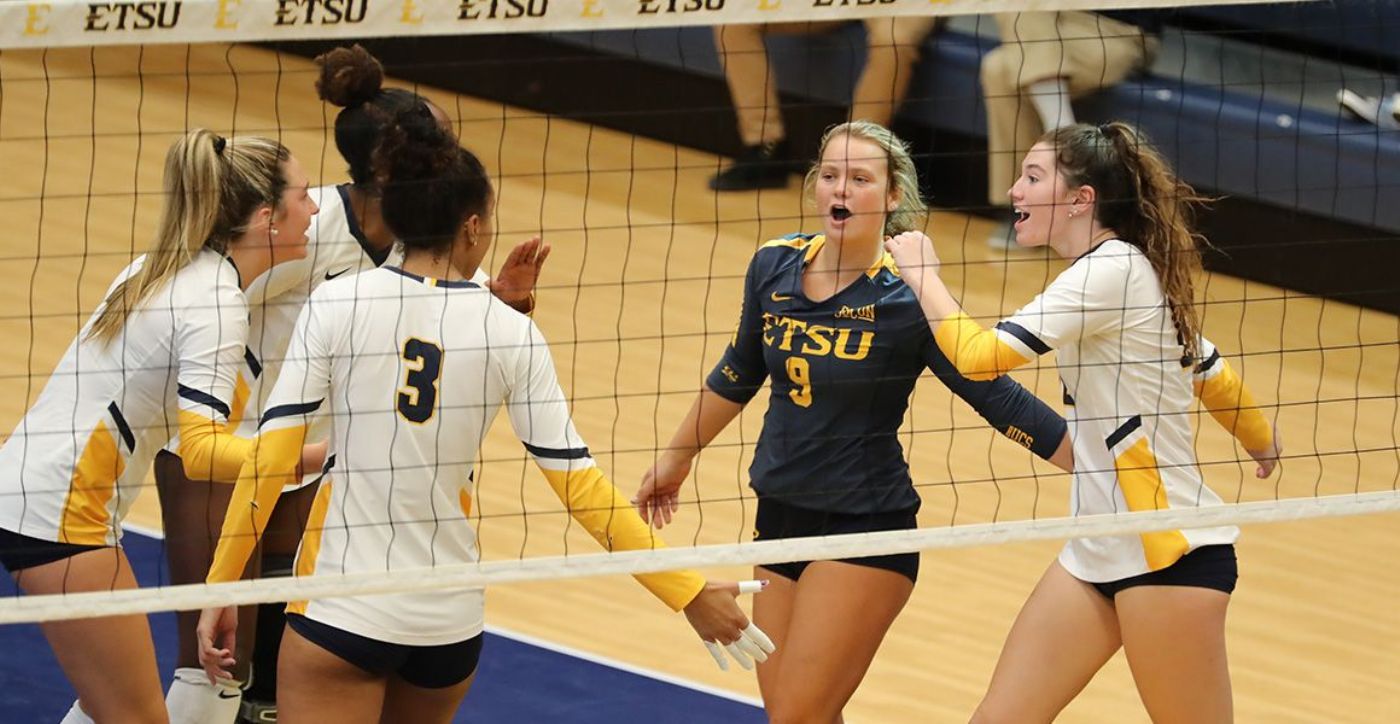 Sydney Cherney (Knoxville, Tenn.) and Lauren Hatch (Homewood, Ill.) both finished with nine digs as the Bucs were plus-4 in the defensive category, 46-42. Both teams notched seven blocks and ETSU was plus-2 in service aces, 8-6 – three coming from Coffman.

With the win, ETSU moved to 6-6 on the season as the Bucs now turn their attention to Southern Conference play, which begins Friday night at home when the Blue and Gold host preseason favorite Wofford at 7 p.m. inside Brooks Gym.

The Bucs set the tone early as they led wire-to-wire in the opening set and secured a 25-20 win after claiming the last three points of the frame. Lowe and Cantrell accounted for eight of ETSU’s 16 kills in the set, while Dykes dished out 10 of the 14 assists and had three digs.

The second set was the tightest of the three with the frame seeing nine ties and six lead changes. After falling behind 18-17, ETSU won eight of the final 12 points to win the set, 25-22, and took a 2-0 lead in the match. In a set where the Bucs were plus-1 in kills (13-12) and blocks (3-2), attack errors proved to be the difference maker. ETSU out-hit NDSU, .294 to .118, thanks to the Bison racking up eight errors to only three by the Bucs.

Despite dropping eight of the first 11 points to start the third set, ETSU regrouped and rallied for a 25-18 win. With the Bucs down 8-3, the Blue and Gold mounted a 13-2 surge to go ahead, 16-10, thanks to strong serving by Coffman. The Bucs never looked back as they went up 22-15, forcing the Bison to burn their second timeout of the frame and cruised to the seven-point victory. Coffman totaled all three of the Bucs’ aces in the set, while Forster, Thomas and Cantrell each posted four kills.

North Dakota State moved to 7-5 on the season following the loss. The Bison were led by Syra Tanchin’s 10 kills, while Logan O’Brien added 16 digs.