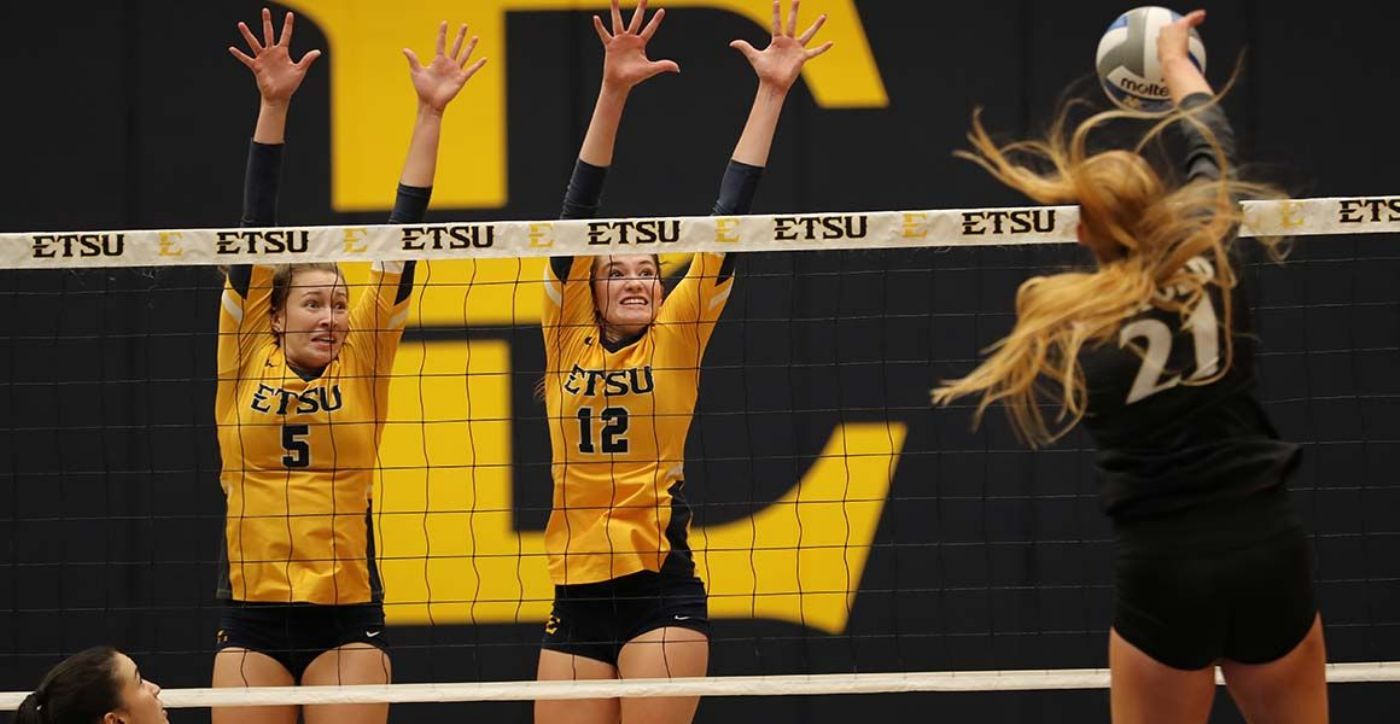 After a close loss in the first set, the Bucs hit their stride and left no doubt with three sets wins in a row. The second and fourth sets were both double-digit victories for the Bucs (25-15 and 25-14), while the third set was a 25-21 see-saw battle.

For the match, ETSU outhit Wofford .257 to .130 and had a 55-39 advantage in kills. ETSU’s late defense made a big difference, holding Wofford to a .023 and .067 attack percentage in the final two sets. Meanwhile, the Bucs dominated the final set with a .483 percentage – downing 15 kills on 29 attempts with just one error.

The Bucs had big nights from sophomore Caroline Dykes (Flower Mound, Texas) and freshman Brianna Cantrell (Appleton, Wis.), with Dykes setting the stage with 39 assist and a career-high six service aces – double her previous career-high. Cantrell was the leading attacker for the Bucs with 15 kills, a service ace and four blocks defensively.

The opening frame of ETSU’s SoCon season brought early fireworks with six ties and three lead changes, but the Terriers used a .300 attack percentage to pull away late. The Bucs did not let that loss linger, earning a convincing 25-15 win in Set 2. ETSU led the whole way, starting on an 8-0 run.

The third set was perhaps the most interesting, as the score was tied 14 times and the lead changed hands nine times. The ultimate difference came late in the third set, tied 19-19, as Cantrell and Coffman teamed up for a pair of heavy blocks and Cantrell added a kill to force a Wofford timeout. A pair of Terrier errors later on, parlayed with a kill from Abbey Thomas (Goldsboro, N.C.), capped the set win for the Bucs.

The fourth set left no doubt, as ETSU never trailed and maintained a comfortable margin to force a Wofford timeout at 20-13. The Bucs won five of the next six points after that with two kills from Cantrell and one from Thomas to finish it off.

The Bucs complete their homestand tomorrow at 4 p.m. against Furman inside Brooks Gym.