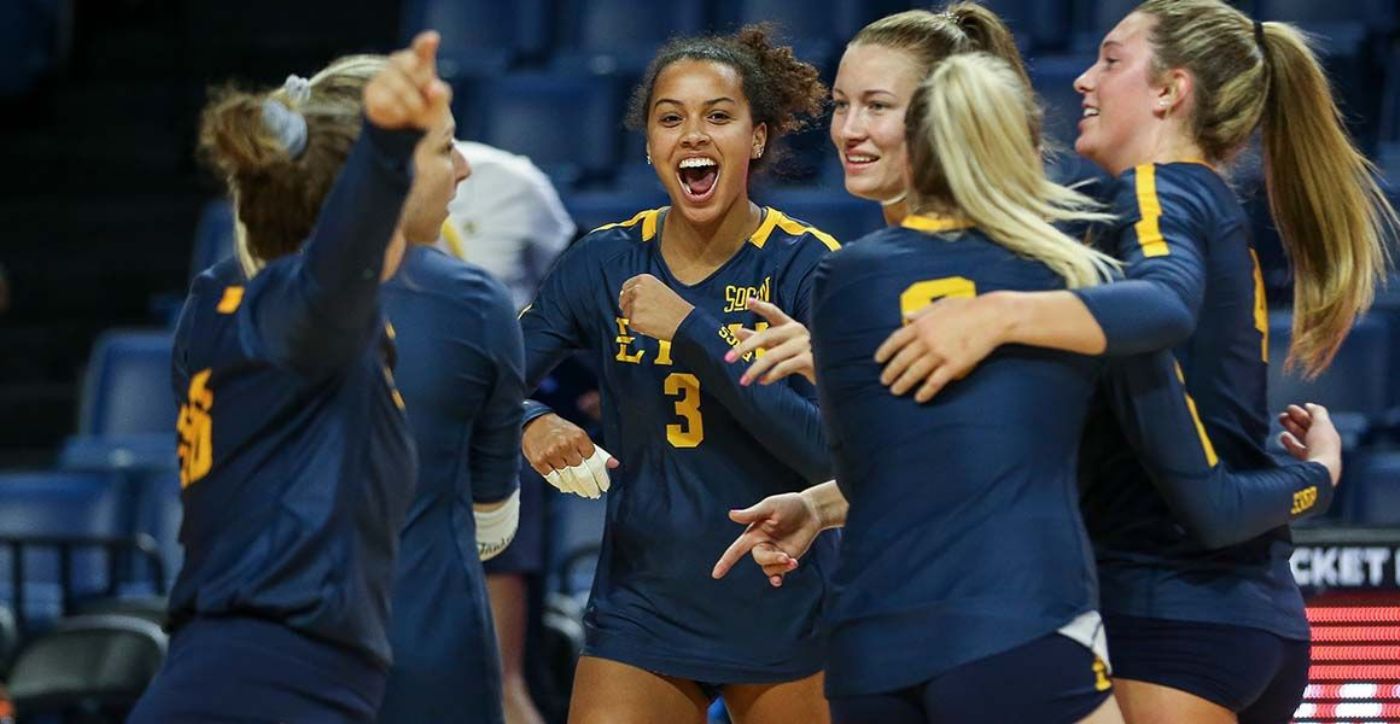 BIRMINGHAM, Ala. (Sept. 30, 2022) – ETSU volleyball continued its hot streak in Birmingham, Ala. on Friday evening, winning its third straight Southern Conference match with a 3-0 sweep of Samford at the Pete Hanna Center.

ETSU has now won nine of its last 10 matches, improving to a 9-6 overall record and a 3-0 start in conference play. Meanwhile, Samford falls to 6-9 overall and 1-2 in SoCon matches.

Samford started with the more efficient attack, but the Bucs eventually found their rhythm and forced the opposition out of system to close the percentage gap. The Bulldogs were mainly harmed by mistakes on the serve with 14 errors — 11 of which came in the first two sets. The Bucs had just four service errors and three aces, while owning a 54-46 advantage in digs.

Freshman tandem Brianna Cantrell (Appleton, Wis.) and Whitley Rammel (Ft. Recovery, Ohio) led the attack with 19 of the team’s 40 kills, led by Cantrell with 10. Rammel made the most of her chances with nine kills and just one error on 19 attacks for a strong .421 percentage.

Senior Lundyn Coffman (Nolensville, Tenn.) provided the first service ace of the match to make it 24-22, then freshman Kimani Johnson (Southfield, Mich.) closed the frame with a powerful kill. Coffman and Johnson not only impacted the game in those areas, but also led the team at the net front with 11 total blocks combined.

After 13 ties and three lead changes in the first set, the SoCon rivals battled close in the second frame with a similar score heading to the media timeout — Samford ahead 15-14. ETSU went on to outlast the Bulldogs with seven of the last nine points, led by Johnson with two blocks and a kill. Rammel had the final dagger in the second set to win it 25-21.

The third set was a slightly different story as the Bucs took an early lead by as many as seven points, but Samford fought back to a late tie and prolonged the set at 24-24. After an attack error by Lauren Deaton, the Bucs finished things off with a block from Dykes and Rammel to win it 26-24. ETSU never trailed in the final frame.

The all-time series is now even between Samford and ETSU at 11-11 in a rivalry that dates back to 2014. The two sides will have another chance to break the tie nearly a month from todayin the 23rd meeting on Oct. 29.

The Blue and Gold have a quick turnaround for their next match as they face Mercer tomorrow at 4 p.m. in Macon, Ga.