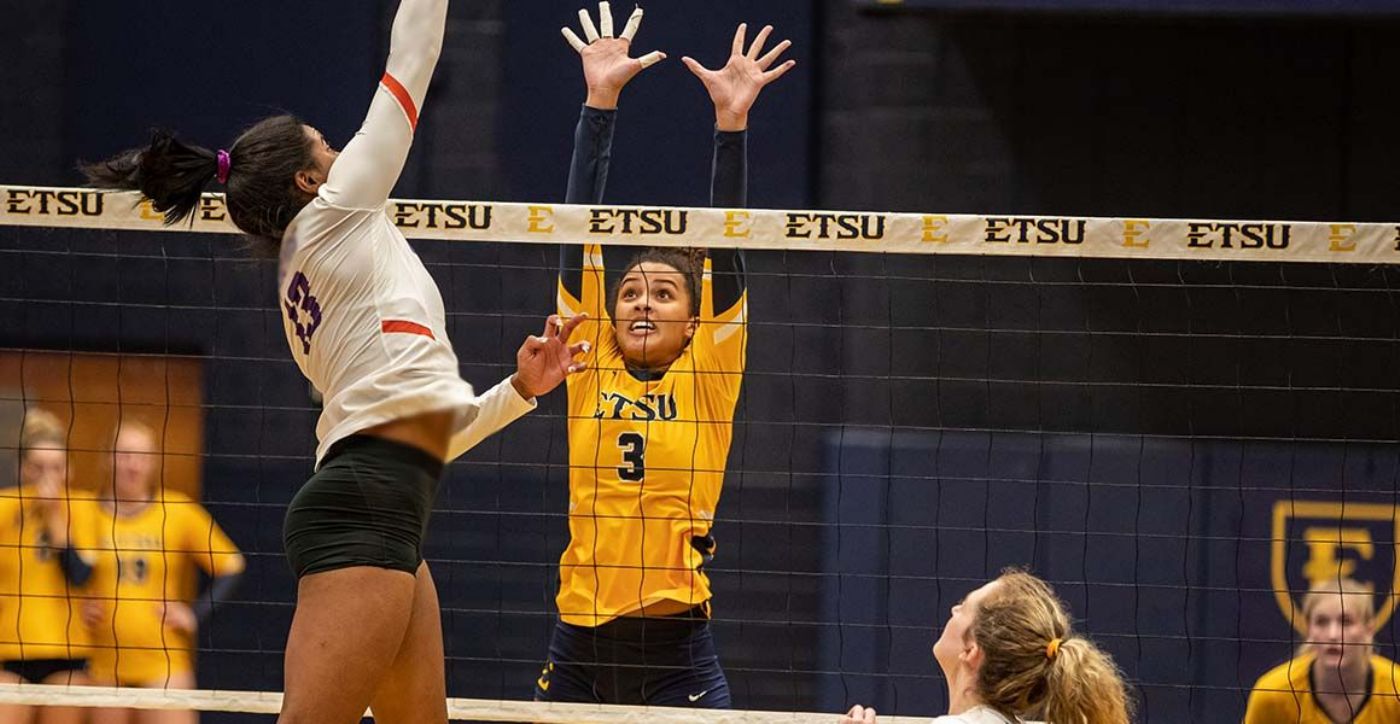 The Bucs are now 10-6 overall and remain perfect in Southern Conference play at 4-0. The Bears fall to 5-11 overall and 1-3 in the SoCon after earning their first win last night against Chattanooga. ETSU remains one of the hottest teams in volleyball with wins in 10 of the last 11 games.

After leading the offensive attack in last night’s win over Samford, freshman tandem Brianna Cantrell (Appleton, Wis.) and Whitley Rammel (Ft. Recovery, Ohio) added a new element with a combined seven solo blocks. The duo also got theirs on offense with 15 kills by Cantrell and 10 by Rammel. Senior Lundyn Coffman (Nolensville, Tenn.) aided the effort with 11 kills and a pair of solo blocks and assisted blocks.

Sophomore setter Caroline Dykes (Flower Mound, Texas) had another nine dig game to just miss out on a double-double, while leading the squad with 37 of 43 assists. Libero Taylor Roberts (Sneads, Fla.) had a team-high 19 digs.

The Bucs had a strong attack to finish the match with a .211 percentage, including a .320 percentage in a dominant first frame and a .364 percentage in the clinching set. Mercer finished at 0.09 and was in the negative after the opening frame. ETSU had a 46-44 advantage in kills, but made its home at the net front with a 16-6 advantage in blocks.

The first set was the most lopsided for ETSU since starting conference play, winning 25-10 despite trailing 6-3 early. The Bucs went on a jaw-dropping 14-0 run with sophomore Haley Sanders (Brentwood, Tenn.) running the service line. The Blue and Gold scored 22 of the last 26 points and had just one error and nine kills on 25 attacks. Sanders finished with three of the team’s six services aces in the match.

The second set was much more competitive but produced the same result. ETSU broke a late 21-21 tie with clutch play near the end, powered by kills from Cantrell and Coffman. A Mercer service error ended the set at 25-22.

ETSU’s road swing continues next week in the Tar Heel State with matches at UNCG on Oct. 7 and Western Carolina on Oct. 8.