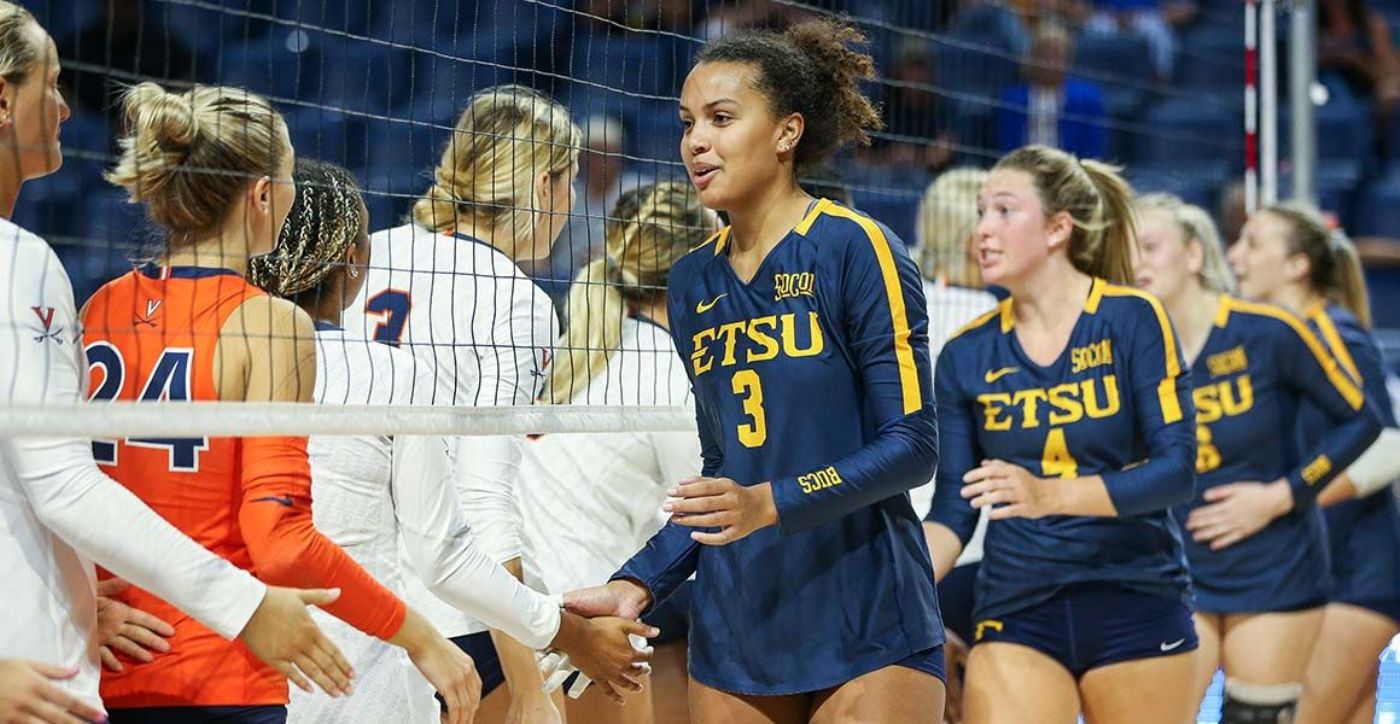 Coffman has been a force on the net front all season, and her week against Samford and Mercer was no different. The senior from Nolensville, Tenn. had 10 blocks over two wins for the Bucs, while adding 15 kills and five digs.

In the Friday night match against Samford, Coffman was in on six blocks, all of which came at crucial times of the match with all three sets being tight. The following match at Mercer, Coffman provided two solo blocks and two assisted blocks, while adding 11 kills on 22 attacks for a .409 percentage.

The senior has led ETSU in blocks seven times this season and wrapped up the month of September with over 1.00 blocks per set with 42 blocks in 41 sets played.

ETSU is one of the hottest teams in the nation with wins in 10 of the last 11 matches, including a 4-0 start to SoCon play. The Bucs look to continue that success this weekend with matches at UNCG and Western Carolina on Friday and Saturday, Oct. 7-8.