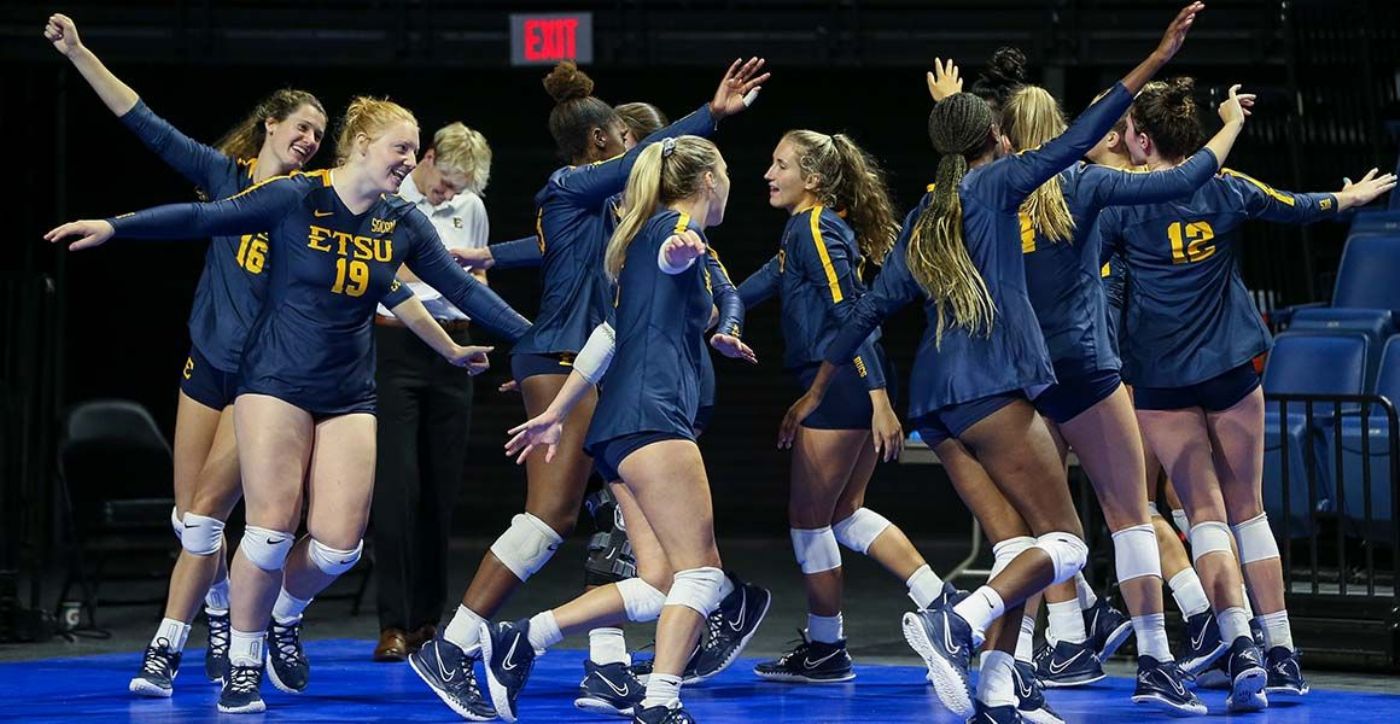 CHATTANOOGA, Tenn. (Nov. 9, 2022) – ETSU volleyball may have locked up the 2022 Southern Conference regular season championship this past weekend, but it showed up with a different motivation at Chattanooga on Wednesday.

The Mocs are the only team to beat the Bucs in conference play this season, but ETSU earned its revenge tonight with a 3-0 sweep of its in-state rival inside Maclellan Gym.

Chattanooga scored the first point of the match, but did not lead again until late in the third set. That lead was short-lived, as ETSU finished off a three-set sweep with the final two points.

Junior Jenna Forster (Maryville, Tenn.) had one of her signature takeover matches in the revenge win with a match-high 14 kills and a .303 percentage. She was helped by sophomore setter Caroline Dykes (Flower Mound, Texas) with 16 assists and 11 digs for a double-double.

Dykes had a lot of help on sets tonight with local sophomore McKenna Dietz (Gray, Tenn.) notching a season-high 12 assists.

ETSU moves to 20-7 overall record and 14-1 in conference play, extending its win streak to eight matches. With tonight’s win, ETSU has earned at least 20-wins in three of the last five seasons.

Meanwhile, Chattanooga falls to an even 15-15 overall record and a 9-6 record in conference play. The Mocs remain fourth in the league standings behind ETSU, Samford and Western Carolina.

After starting out with a 4-3 lead in the opening frame, a motivated Buccaneer squad went on a 12-1 run and sailed to a dominant 25-11 set win. The second set was more competitive, but the Bucs never trailed and outlasted the Mocs 25-20. Looking to pull off a similar win to the five-set one in Johnson City, Chattanooga stormed back and found a late lead at 21-20, but ETSU scored five of the next seven points to diminish the threat in the third set.

As a team, ETSU out-killed Chattanooga 46-30 and had a .248 to .111 advantage in attack percentage. Behind Forster’s double-digit night, ETSU had five players with at least six kills. Freshman Kimani Johnson (Southfield, Mich.) stood among those with seven kills on 13 attempts for a .462 percentage.

ETSU’s regular season finale will go down in Charleston, S.C. on Friday, Nov. 11 at 6 p.m. against The Citadel.