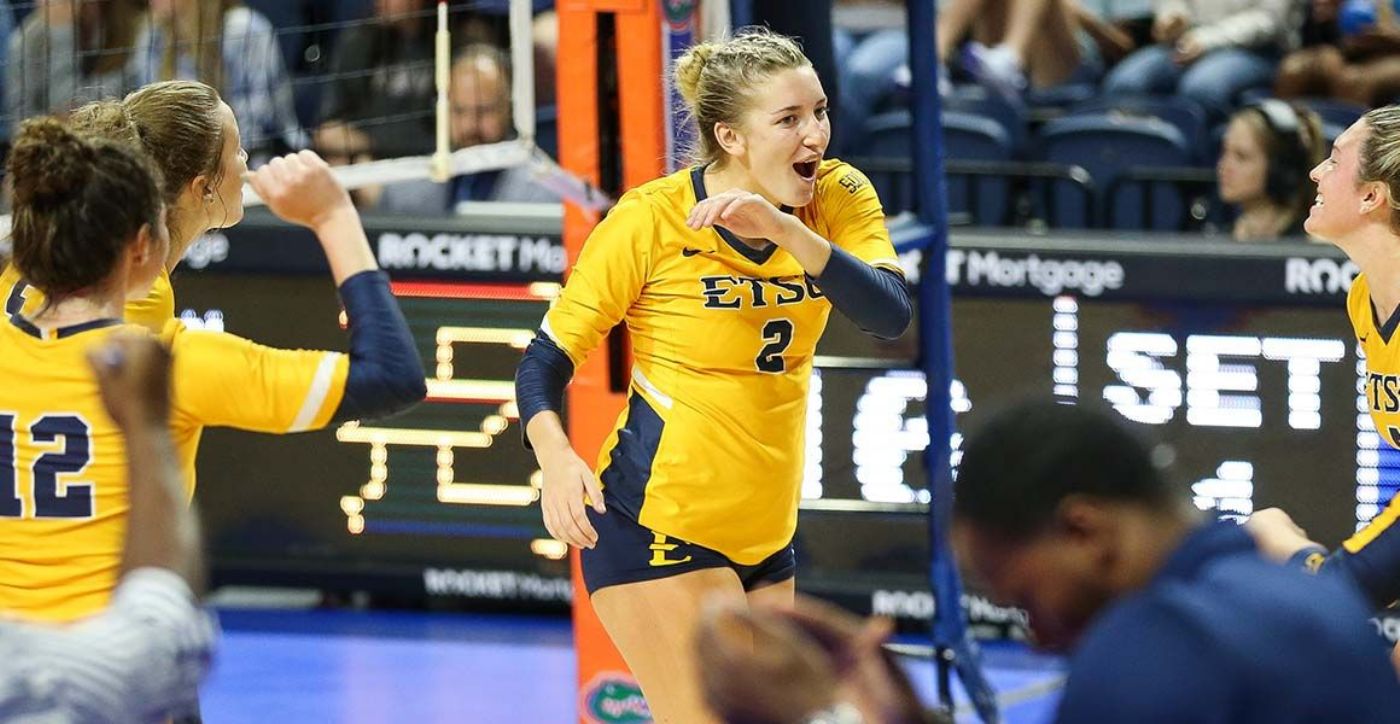 CHARLESTON, S.C. (Nov. 11, 2022) – The regular season is now complete for ETSU volleyball, as the Bucs finish a championship-worthy campaign with a 3-0 sweep of The Citadel on Friday in Charleston, S.C.

ETSU, who clinched the regular season title and top-seed for the upcoming Southern Conference Championship tournament last weekend, finishes with a 15-1 record in league play — the best finish since 2018.

The Bucs also end the regular season on a nine-match win streak to own a 21-7 overall record. After starting the season with an 0-5 record, ETSU has won 21 of its last 23 matches. ETSU has also went 47-11 in sets during conference play with two sweeps in a row this week.

The Citadel, last season’s tournament champion who could potentially see ETSU again in the first round of the tournament next week, falls to 10-19 overall and 4-11 in SoCon play.

For a second straight match and sixth time this season, junior Jenna Forster (Maryville, Tenn.) led the way in kills with nine and a .421 attack percentage. Freshman Kimani Johnson (Southfield, Mich.) added eight with just two errors on 12 attacks for a .500 attack percentage.

ETSU dominated the first set with a 25-11 win, holding the Bulldogs to a negative hitting percentage while finishing at .357. The Bucs had just two attack errors in the frame, while the Citadel posted 11 mistakes. The Bulldogs improved its hitting in the second frame, but ETSU extended its lead with a 25-19 set win. The Citadel led early in the third set, 10-9, but ETSU later called a timeout and scored six straight to pull away and close it out at 25-16.

The SoCon Championship tournament begins on Monday or Tuesday, Nov. 14 or 15, with the No. 8 seed hosting the No. 9 seed. The winner of that match will advance to face the top-seeded Bucs next Friday, Nov. 18 inside Timmons Arena in Greenville, S.C.

Seeding will be finalized tomorrow after all regular season matches have concluded.