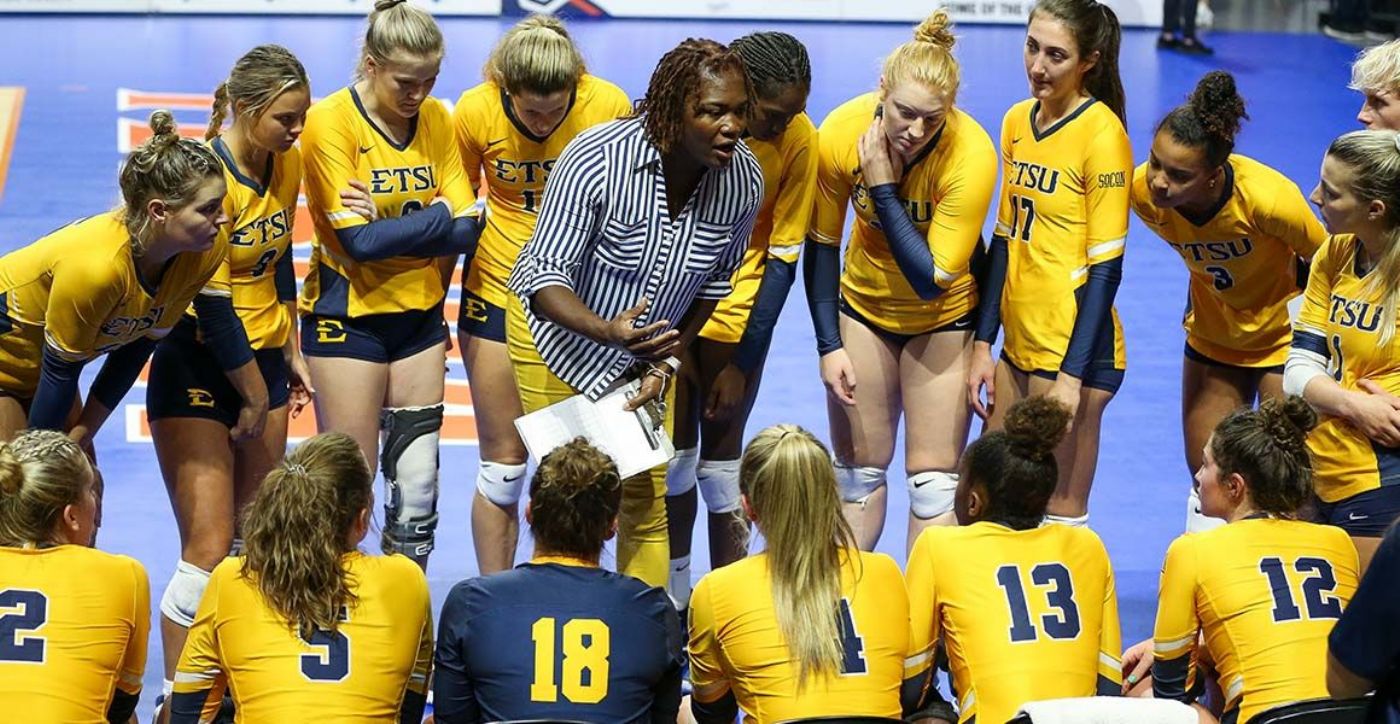 Fourth year head coach Benavia Jenkins was voted by her peers as the 2022 SoCon Coach of the Year, marking the first such award in her coaching career. Jenkins led the Bucs to its first regular season championship since 2018 with a 21-7 overall record and a 15-1 record in conference play. She is assisted by Giovanny Delevry, Marquis Clark and Levi Little.

Sophomore setter Caroline Dykes (Flower Mound, Texas) was tabbed the SoCon’s Setter of the Year after a stellar regular season that saw her finish with 939 assists, 251 digs, 11 double-doubles and five weekly awards. Dykes was an all-freshman team selection last season.

True freshman Brianna Cantrell (Appleton, Wis.) led the league with three awards this season, including the Rayna Taylor Freshman of the Year award. The award is named in honor of 1998 recipient Rayna Taylor, who passed away in 2000. Cantrell also landed second team all-conference honors and a spot on the all-freshman team.

Cantrell is the seventh Freshman of the Year in ETSU’s history — which ties College of Charleston for the most Freshman of the Year award winners in league history and passes Furman with six. Cantrell joins current teammate Olivia Cunningham (Knoxville, Tenn.) as winners of the award.

Cantrell finished the regular season with 290 kills, 210 digs and 41 blocks in exactly 100 sets of action. Cantrell led the team in kills and ranked fourth in the dig category. She posted four double-doubles this season and has totaled a team-best 338.5 points.

Joining Dykes on the all-conference first team was senior Lundyn Coffman (Nolensville, Tenn.) with team-best 96 blocks and 1.09 blocks per set to rank second in the SoCon. Coffman was also the SoCon Defensive Player of the Week on Oct. 3. She has 169 kills and 245.5 points this season.

All three of ETSU’s rookies were named to the all-freshman team with Cantrell joining Kimani Johnson (Southfield, Mich.) and Whitley Rammel (Ft. Recovery, Ohio) on the list. Both hitters contributed nearly two kills per set with Rammel totaling 140 and Johnson adding 136. Rammel had 62 blocks in the regular season, while Johnson added 56. The duo combined for 349.5 points this regular season.

No. 1 ETSU begins conference tournament play tomorrow at 2 p.m. against No. 8 Furman in Greenville S.C.