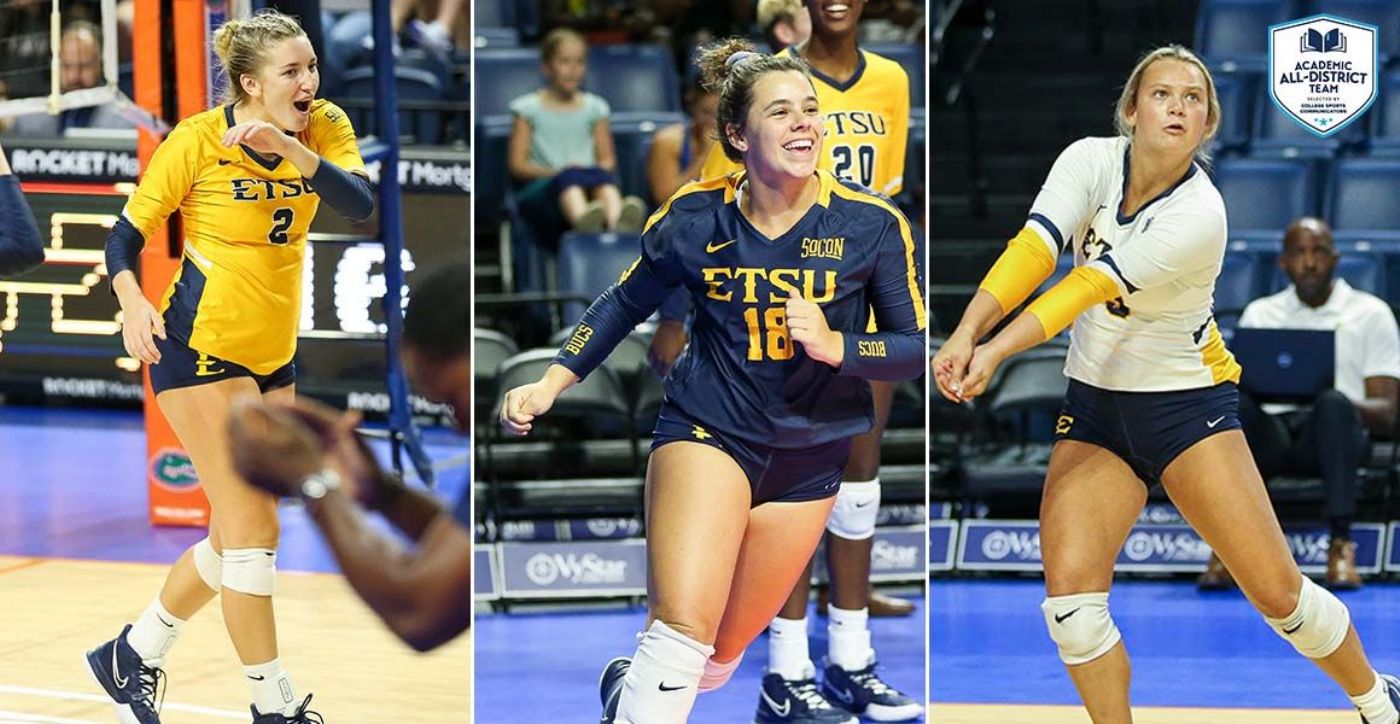 Sanders, Roberts, Forster excel in classroom and on court

The 2022 Academic All-District® Women’s Volleyball Teams, selected by College Sports Communicators, recognize the nation’s top student-athletes for their combined performances on the court and in the classroom.

Forster was named to the Stacheville Challenge All-Tournament team this season and was named a Tennessee Lottery Hope Scholar-Athlete of the Week in September. She played in 81 sets and finished with 192 kills (2.37 per set). Forster had a career-high 22 kills in a five-set win over The Citadel and lead the team in kills for three straight matches to end the season.

Sanders was also a big part of ETSU’s success, playing in 101 sets with 3.22 digs per set. She had a double-double in a five-set win over The Citadel with 23 digs and 10 assists, while also totaling a career-high 26 digs against UNCG in a regular-season conference championship clinching match.

Roberts teamed up with Sanders to make up a dynamic defensive duo, as the graduate played in 93 sets with 3.05 digs per set. Among players with at least 400 digs, she also finishes her ETSU career as the fifth all-time leader in digs per set at 3.70. Roberts is now a two-time CoSIDA/CSC All-District selection, also doing so in 2019.