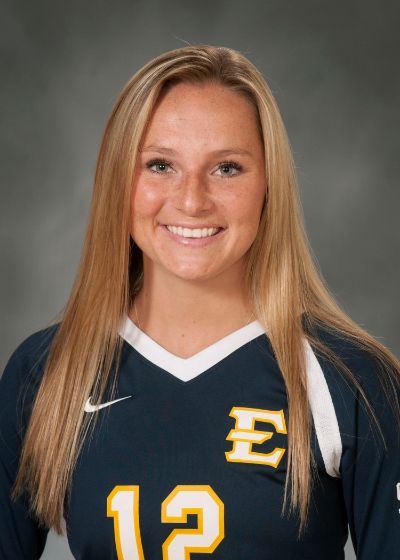 2015 Season (Freshman)
Saw court time in 20 matches during her freshman season...Made first start as a Buc Oct. 28 vs. Furman...Had 24 or more assists on three separate occasions, including a season-high 40-assist performance Nov. 4 vs. Wofford...Posted a career-high eight digs in the first round of the SoCon Tournament vs. Samford...Finished second on the team with 134 assists.

Personal
Born May 16, 1997 ... Daughter of Andy and Lesa Kvarta ... Plans to major in Nutrition/Dietetics...Chose ETSU because of the team chemistry, the coaching staff, and the beautiful state of Tennessee that makes it her home away from home.