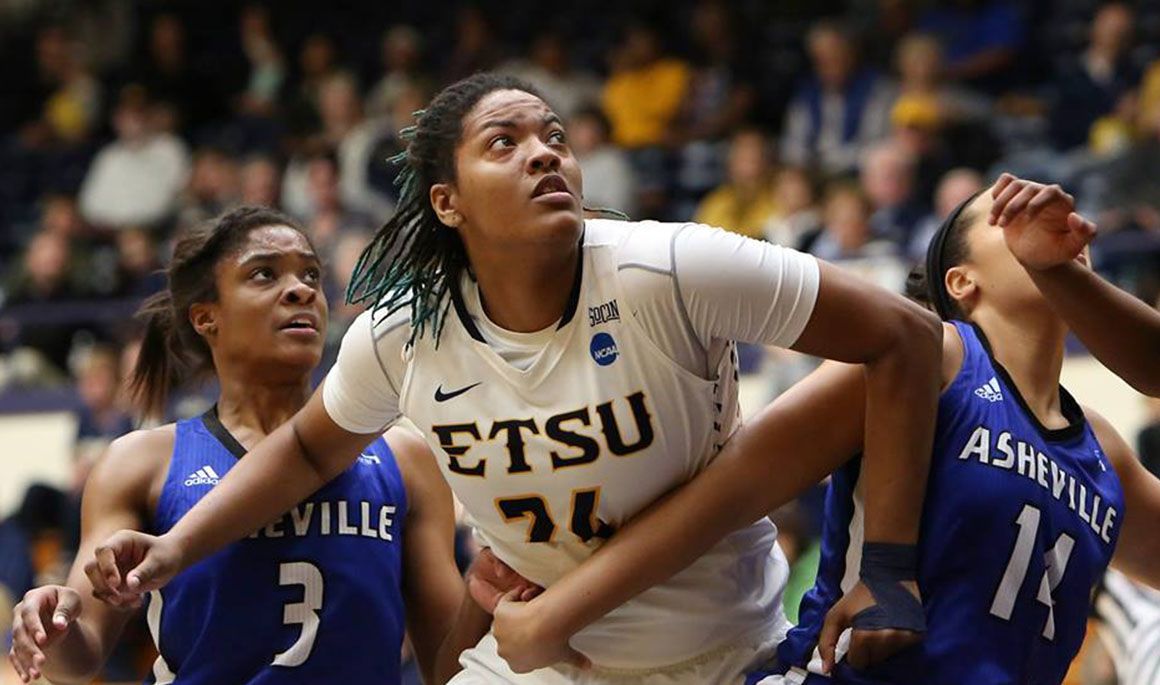 ETSU's 38 points was the fewest scored this season

The Bucs outrebounded the Phoenix with sophomore Malloree Schurr (Montgomery, Texas) leading the way with a career-high 10 rebounds. Overall the Bucs shot 30 percent from the field while holding Elon to just 21 percent with each team shooting 66 percent from the free throw line. Senior Shomari Kendrick (Lexington, Ky.) registered a healthy stat line scoring six points to go along with nine rebounds.

"I was pleased with their effort. Is it the best we can play, absoluetly not but we don't have to be our best right now, we have to work towards our best," said head coach Brittney Ezell. "Their effort was much better tonight, their engagment was much better, we have just got to get some better results."

There was a commitment to the defensive end right out the gate for the Buccaneers as they held Elon to just 19 percent shooting in the first quarter. Midway through the first trailing 6-4, ETSU went on a 9-3 run highlighted by freshman Carley Lytton (Floyd, Va.) who drained a three from the left corner to get the momentum rolling. The Blue & Gold dominated close to the rim scoring 10 of their 15 first quarter points in the paint. Lytton scored seven points in the quarter.

In the second quarter ETSU clamped down on defense once again holding the Phoenix to just 24 percent shooting. The Bucs defense held Elon scoreless for nearly five minutes during the second but was unable to open up a big lead going 2-of-8 from the field during the scoring drought. Elon closed the gap towards the end of the half scoring six straight points but the Bucs held a 21-20 lead at halftime.

Coming out of the locker room at halftime, the Buccaneers were unable to slow down the Elon offense as they opened up the third quarter with five straight points to regain the lead for the first time since the first quarter. The Phoenix then embarked on a 13-3 run the final four minutes of the quarter to extend their lead to 13 heading into the fourth. ETSU scored just four points in the third, their lowest total in a quarter this season.

The Bucs looked to make a comeback in the fourth quarter as they cut the lead to just 11 with four minutes remaining. It all started when junior Shamauria Bridges (Miramar, Fla.) knocked down a three from the right wing to gain momentum for the Buc offense. Elon countered with a three of their own before Bridges once again knocked down a three to close the gap to 11.

However the comeback was not meant to be as the Bucs went on a three minute scoring drought to end the game and dropping back-to-back games for the second time this season.

"I have been pleased with our big kids up against bigger size like Elon and Old Dominion, we have held our own," said Ezell. "I thought they did a good job of finishing once we gave them the ball tonight."