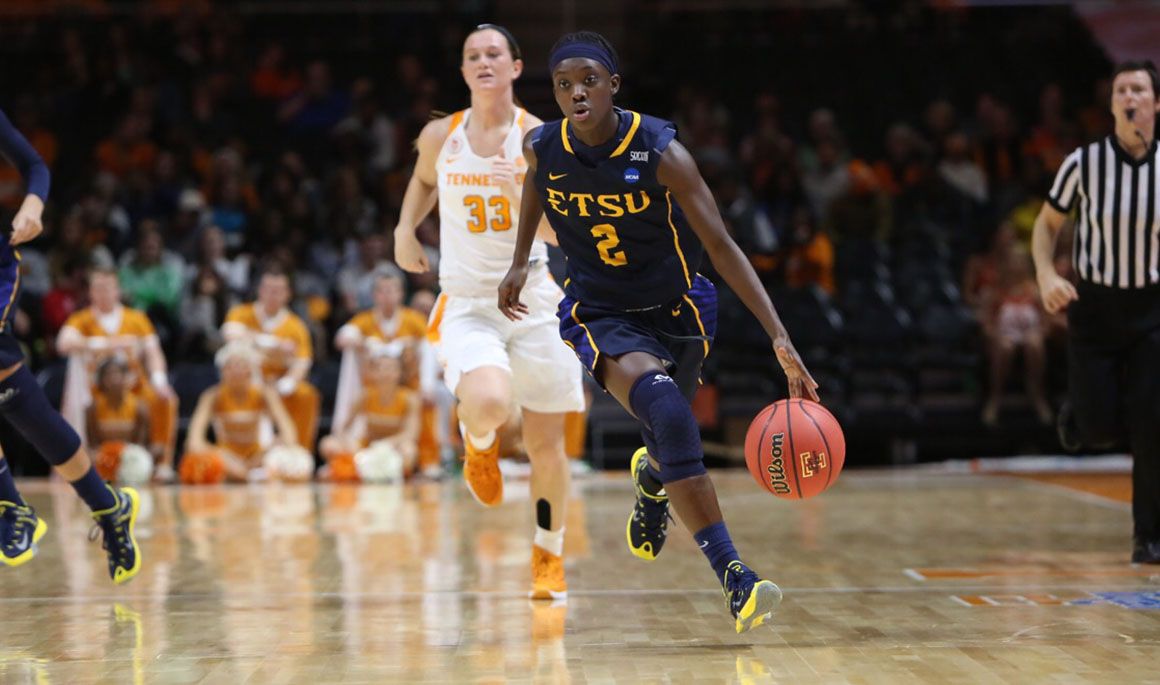 The Bucs shot 45.9 percent from the field

KNOXVILLE, Tenn. (Dec.2 , 2015) – The ETSU women's basketball team held their own against No.8 Tennessee on Wednesday night inside Thompson-Boling Arena as the Bucs had a two-point lead midway through second quarter before the Lady Vols pulled away for the 85-49 victory.

"I thought we did a good job of developing some young players tonight and I am extremely proud of the way our team competed from the tip-off ot the buzzer," said head coach Brittney Ezell. "We told the players prior to the game, this game does not define us, it develops us."

The Buccaneers shot 45.9 percent from the field for the game with junior Shamauria Bridges (Miramar, Fla.) leading way with 21 points on 9-of-19 shooting. Freshman Sadasia Tipps (Hickory, N.C.) recorded a career-high 10 points to go along with a team-high five rebounds in the loss.

"I am always proud of this team, there is never a moment I am not proud," said Ezell. "My job is to put them in positions to be successful and its their job to embrace the moment."

In the second quarter, the Bucs embarked on a 11-2 run to close the gap and ultimatley take the lead over the eighth ranked team in the country. After freshman Carley Lytton (Floyd, Va.) knocked down a wide open three pointer from the left corner to get the Bucs within two, it was the poised Bridges who knocked a three from the top of the key to give ETSU the lead. 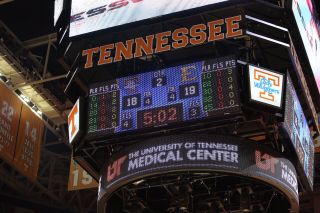 The Blue & Gold were up by as many as two before the Lady Vols switched into a full court press and closed the gap quickly. UT went on a 6-0 run the final three minutes of the first half, forcing ETSU to commit three turnovers in that time to take a 33-24 lead into halftime.

To start the second half, the Lady Vols scored 10 straight points off of six ETSU turnovers to widen the lead. It was a rough shooting quarter for the Bucs who shot just 3-of-10 from the field while Tennessee shot 57.9 percent. ETSU was outscored 22-10 in the quarter as its the first time this season the Bucs have been outscored in the third quarter in back-to-back games.

Neither team was able to gain any momentum in the fourth quarter as the Bucs shot 53.8 percent while the Lady Vols shot 62.5 percent en route to a 85-49 victory. The loss sends ETSU to 3-5 on the season and have now lost three consecutive games.

"It's fun to watch the team grow," said Ezell. "We are young, nieve, we don't know what we don't know, but they do know to play hard, they care about each other, there great teammates and I'm always going to be proud of them."

Turnovers played a key factor for ETSU as they commited a season-high 35, 21 of which came in the first half. Tennessee was able to capitlize off of ETSU's mistakes scoring 44 points off turnovers.

From long distance ETSU attempted 16 three-pointer's, snapping a streak of seven straight games with a least 20 three point attempts. Tennessee used their size to their advantage scoring 56 of their 85 points in the paint. UT had three players score in double figures as Diamond DeShields had a game-high 31 points.

ETSU plays the final game of their five game road trip on Saturday, Dec. 5 when they take on in-state SEC opponent Vanderbilt. The game can be watched live on SEC Network+ with tip-off set for 2 p.m.