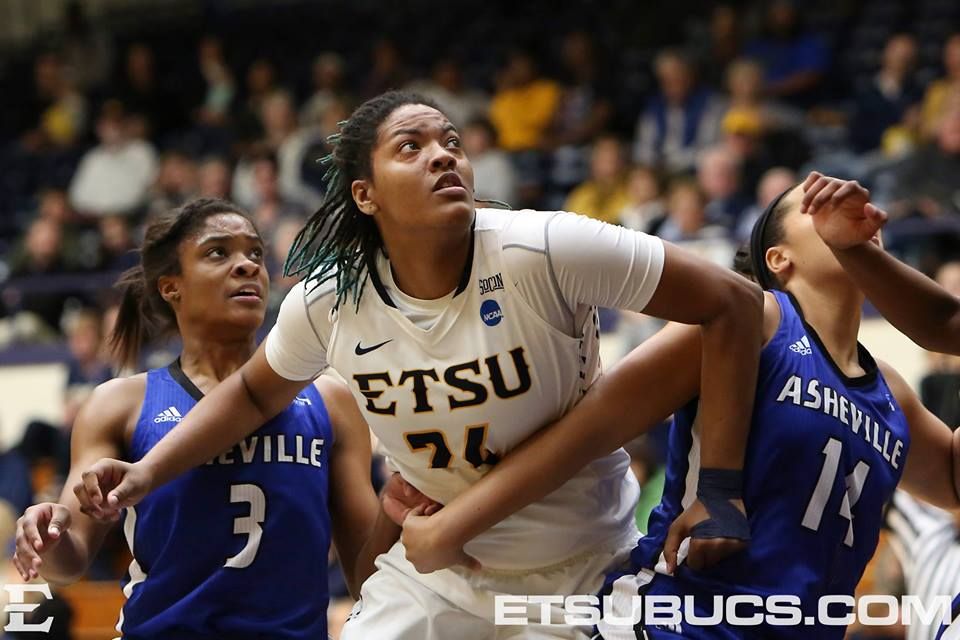 For the game ETSU shot 26.2 percent from the field while shooting just 29.4 percent from behind the three-point line. At the the line, ETSU went 11-for-18. The Bucs registered 51 rebounds, the second time this season ETSU has recorded 50 or more rebounds.

It was a slow start for the Buccaneers as they led for just 21 seconds in the first half. It was an opposite story for Iona who in the first quarter jumped out to a 12-5 lead thanks in large part to four turnovers by ETSU in the first five minutes of action.

The Bucs forced Iona to commit turnovers on four of their first six possesions to begin the second quarter however they saw the Gaels jump out to a nine point lead midway through the second. ETSU embarked on a 6-0 run midway through the quarter to get within two before being held scorless for nearly three minutes.

ETSU grabbed four straight points to end the second quarter to close the halftime deficit to 30-27, despite shooting 31.3 percent from the field.

Neither team was able to generate momentum coming out of halftime as ETSU and Iona combined for just 18 points in the quarter. Tarter started to find her shot in the third, scoring five of the seven Buccaneer points. In the quarter, ETSU was outrebounded 19-10.

The Gaels reached a double-digit lead in the fourth before the Bucs charged back thanks in large part to a 5-0 run midway through the quarter. It was just a four point game with three minutes remaining before Iona knocked down a three from the right corner to extend the lead.

Late in the game, neither team was able to pull away as each missed criticial free throws in the final minutes. ETSU got the game to within four late but that was as close as they got as the Bucs fell, 56-50, snapping their four game win streak.